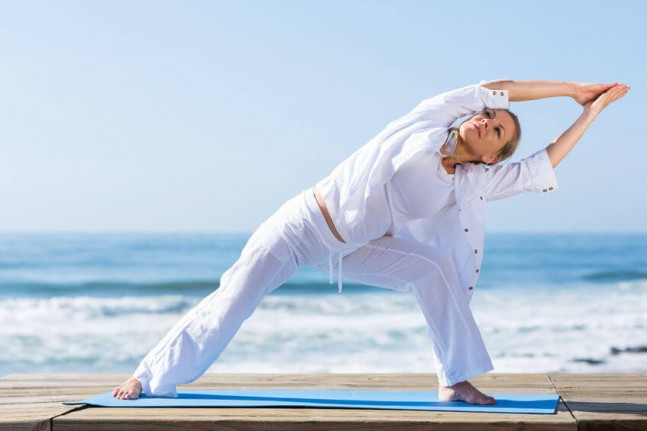 How yoga protects your brain as you age

As we age, the functionality of our bodies and our brains decline, often leading to cognitive dysfunction including memory loss and lack of attention.

One of theses changes takes place in the cerebral cortex, a region of the brain, which becomes thinner as we age. This has been associated with cognitive decline in previous studies.

Scientists have been researching methods to slow or reverse the changes taking place, from taking a nap to listening to music, but a recent study discovered that the answer may lie in the contemplative practice of yoga.

Scientists found that the yoginis brain structure was different from the other participants who didn’t practise yoga.

Yoga practitioners consciously maintain postures and poses, practise breathing exercise and meditate and, for all of this, concentration and attention is important.

Mind-body practices such as yoga, tai chi and meditation have been associated with positive changes in brain structure and function, especially in areas related to awareness, attention, executive functions and memory.

Previous studies have even suggested that yoga has greater health benefits than aerobics and that yoga practitioners show greater awareness, attention and memory while older adults with mild cognitive impairments have shown improvements after a short yoga training program.

But what would long-term yoga practice do to the brain and can it offset some of the changes that take place in the ageing brain?

To try to answer this question, Brazilian scientists recruited 21 female hatha yoga practitioners (yoginis) who practised yoga at least twice a week for a minimum of eight years. The researchers than compared these participants with 21 other participants who had never practised yoga, meditation or other contemplative practices.

All the participants combined were from a similar age group of 60 years and above and had similar levels of physical activity. The scientists only recruited women for consistency and all participants were asked to fill out a survey to understand if other factors might affect brain structure like depression or level of formal education.

It seems that the brain develops through yoga training, protecting us from cognitive decline as we age. So roll out your yoga mat and start practising yoga and benefiting from it immediately!