Early one morning, some peace activists carried out a death-defying stunt in the name of non-violence. They climbed to the top of one of London’s most famous landmarks, Nelson’s Column in Trafalgar Square, and unfurled a huge banner of the Dalai Lama. It said "Reward the Dalai Lama". The message suggested that instead of paying so much attention to those people who are creating violence in the world, we should instead reward a man who has always advocated a non-violent campaign for the people of Tibet. This is important, as the Dalai Lama has advocated non-violence despite the horrendous fact that thousands of Tibetans have been – and still are being – slaughtered or imprisoned and that he, the spiritual leader of Tibet, is unable to return to his own country.

One night in another historic incident, Aung Sung Suu Kyi led a protest for freedom, only to soon face soldiers who barred her way with loaded guns. Despite the soldiers threatening to shoot her, she calmly walked through their midst. She put her life on the line in a quest for basic human rights for the citizens of Burma. Aung Sung Suu Kyi now lives under house arrest but she does this guided by the non-violent principles of Buddhism.

These are only a couple of the most astounding acts of peace that have occurred in the past 50 years. But you don’t need to be a political leader to bring about peace, nor do you have to be famous. This is something we are all called upon to do all the time in our everyday lives. What is particularly effective, though, is when an ordinary group of people join together with a focus on bringing peace to the world.

Just before the turn of the millennium, military aircraft that had normally carried bombs flew flames of peace from around the world instead, so they could be united into one magnificent global symbol of world peace. This historic event occurred in 1999 because a group of individuals felt that their actions could make a difference to the world.

The courageous group of people who brought about this event are from the Life Foundation, an international organisation of peacemakers dedicated to helping people transform themselves. They teach people how peace can become a reality.

The inspiring flame they created is called the World Peace Flame and it burns eternally outside the Peace Palace in The Hague and in various other countries around the globe. Candles lit from the World Peace Flame now burn brightly in the homes of thousands of people around the world. These people’s hearts are linked in a collective aspiration for peace.

It was quite a remarkable feat for the instigators of the World Peace Flame to convince government officials, military staff and even a civilian airline to cooperate for a united cause of peace, but they did it, and in less than seven months.

Seven millennium flames of hope were lit in the seven continents of the world, including one in Australia. Eminent peacemakers from around the world lit the flames, including Aboriginal elder Pearl Wymarra, who lit the Australian flame in the presence of an International Olympic Committee member.

Since then, the World Peace Flame has been carried to war zones and to thousands of religious sites and places of cultural significance. It has been presented to world leaders and has been taken to centres of decision-making all over the globe. The aim of taking the World Peace Flame to places of power is to recognise that peace can’t be delegated to others, that it is the responsibility of every individual.

It’s estimated that the World Peace Flame has now been given to millions of people. The flame has been presented to many world leaders and places of power. For the past two years, the World Peace Flame has opened and presided over the Cinema for Peace gala at the Berlin Film Festival, where some of the most famous entertainers of our time have given their support to world peace.

Gandhi, non-violence and yoga of the heart

Mahatma Gandhi was willing to go to jail to bring about freedom for both South Africa and India early last century. As a freedom fighter, Gandhi always advocated non-violence – it was an essential part of his Hindu spirituality. Gandhi even fasted close to death in an effort to stop the violence when his own home country was torn apart by infighting.

It’s his example and his non-violent freedom movement that have inspired many peace projects. This includes the World Peace Flame and other projects created by the Life Foundation, including their de-traumatisation work in war zones.

The organisation has taken Dru yoga de-traumatisation techniques into areas of war-torn conflict and trauma. They have used imagination, breathwork and movement brought together as a synchronous healing tool to allow people to experience a spontaneous wellbeing – the wellbeing they had before the trauma happened. The techniques help to balance the left and right sides of the brain and to release stored trauma energetically held in the body’s organs.

As part of their de-traumatisation work, Dru yoga teachers were sent to help the refugees from Christian and Muslim communities in Bosnia. A defining moment took place in Bosnia when the Dru teachers asked everyone present to light a candle. Christians were asked to take a candle, light it from the World Peace Flame and then give it to one of the Muslims. Then the Muslims were asked to do the same. In effect, traditional religious enemies gave peace flames to each other. People in the room erupted in tears as they began to feel an overwhelming sense of relief. Both religious groups saw each other for the first time. They finally realised that everyone present was somebody’s mother, father, sister or brother.

Dru yoga is called "yoga of the heart" and the word Dru means still or quiet place. Peace becomes achievable when we reconnect to that still place within ourselves where we are able to stay calm and centred regardless of what’s happening around us in our busy, hectic lives. This is why meditation is important, as many believe world peace will be realised only through the attainment of inner peace first. Both meditation and Dru yoga are techniques designed to help people overcome those inner wars so real peace can become more achievable.

The Life Foundation is one example of an organisation that’s passionate about making a practical difference to the world, as reflected in its many humanitarian peace projects. As part of its commitment to hands-on assistance, it has sent more than 59 tonnes of food, clothing and medical supplies to refugees in Bosnia, Croatia, Kosovo and former Yugoslavia.

The foundation has instigated many other peace projects and held peace vigils in many countries around the world. It has erected peace poles in the UK, Netherlands, USA and Australia. In 1999, the Life Foundation started the Life Youth Project, which trains outstanding young people worldwide to be peacemakers. Many of those youths have gone on to lead inspiring humanitarian peace projects.

January 1992 saw the birth of a global project with a difference. A team of people from the Life Foundation began a journey that spanned 31 countries and lasted 18 months. On their journey they took part in the Earth Summit in Rio, Brazil.

The project, called Friendship Without Frontiers (FWF), supported many local peace initiatives and brought together like-minded groups. Their mission was to promote friendship with people of every race, colour and creed by discovering what was common to all.

FWF then evolved into Eurowalk 2000, an international walking initiative throughout the length and breadth of Europe. It focused on war zones such as Bosnia, the West Bank, the Sudan, Northern Ireland and the Chechen borderland in Russia.

In April 2004, another project was initiated, aimed at uniting the countries of the world in another statement of peace. Stones were collected from 197 countries and regions and were then laid into a pathway of peace around the World Peace Flame monument at The Hague. Every nation in the world, including the entire membership of the United Nations, has contributed to this monument.

It’s important to question just how this remarkable, if not unprecedented, display of unity and collaboration across the entire spectrum of humanity took place. It happened because individuals were willing to believe in themselves and believe they could make a difference. No single person could have achieved the unity established by the monument, yet acting united they liberated a force that attracted every country, without exception, to be represented there. This accomplishment shows the power of individuals when they work together for peace.

How to become a peacemaker

You can become a peacemaker who makes a difference to our world by believing you can and through the power of your own actions. Here are a few ideas how. Many of them were sourced from the books A Call to Action, Face to Face with Life, Your Personal Peace Formula and The Flame that Transforms.

Try this for one month:

These suggested actions are not acts of suppression but transformation! When you have done these things for one month, then keep going.

There are other specific things you can do to make peace a greater focus in your life: 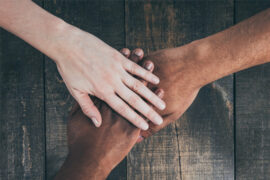 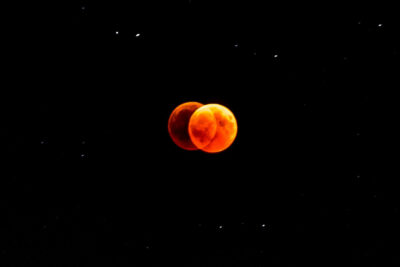 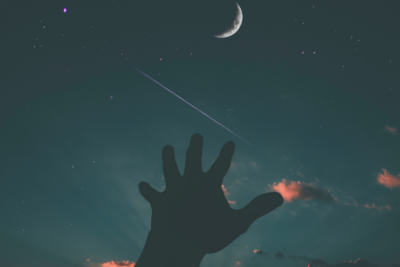 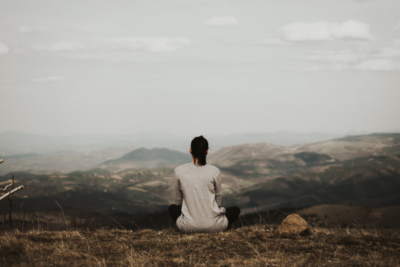