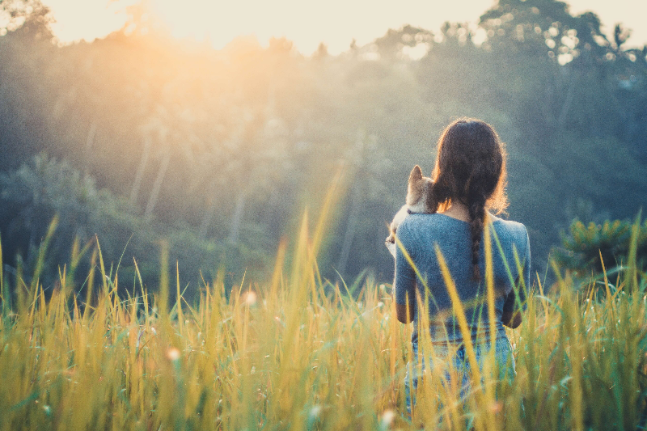 My diagnosis with several mental illnesses, some of which include bipolar disorder and borderline personality disorder, means I have endured some painful heartaches where staying positive was almost impossible. Throughout the years, I have had much instability both within my mind and in my life experiences, and found it very difficult to maintain happiness and stability.

It was not medicine that finally cured me but rather my new pet. Not only did my pet offer me love, he brought to my life a system of wellness. It started with walks twice a day, something that would previously have been impossible for me to conceive of doing, as I can remember repeated bouts of lying on the couch in the dark for months when the depressive side of my illness had manifested.

Walking progressed to throwing toys around in the yard. It surprised me how much better I felt, so I decided to make a game of it. I would play four of my favourite songs and chase the dog in the yard. Essentially, I was alternating between sprinting and recovery, repeating the process over and over again for approximately 20 minutes.

Athletes use this system of sprint-rest-sprint in their training to increase muscular power and I was doing it in a fun way. I started to do this two or three times a day, plus walk my puppy twice a day.

I soon added in isometrics, which means using your own body’s resistance while remaining in a stationary position, as part of our play routine. Tug-of-war with my pet was a fun way to do it; I was exercising and laughing at the same time.

It's hard to make an excuse not to exercise when you have your animal cheerfully doing your exercise routine with you.

My pet provided me with a wellness training plan that is difficult to beat. It’s hard to make an excuse not to exercise when you have your animal cheerfully doing your exercise routine with you. There was little better than watching my dog’s tail wag in happiness as I played. I couldn’t resist playing with him and I didn’t want to let my best friend down.

Getting physically fit with my dog has done more for me than all the psychiatric medications in the world. It has been a year-and-a-half now since I’ve had my pet and I have not revisited the psychiatric ward of a hospital, nor have I had any emotional breakdowns. For the first time in my life I am happy, stable and at peace with myself. I’ve experienced no depressive mood swings and my ability to relate to others has increased due to my increase in physical exercise. Playing hard has enhanced my mental wellbeing.

The science behind exercising to relieve depression has been around for decades, but I find that it’s just not that easy to do when you lie down horizontal in the dark. Motivation is difficult, if not near impossible, for those suffering mental illness with depression as a symptom. My pet, though, provided me with the drive and determination to get well again.

I have taken many medications in my life, sometimes in massive amounts, all doing physical damage. There may be extensive side-effects from pharmaceutical use over a prolonged period of time. I would ask my doctor why I had to choose between mental wellbeing derived from synthesised chemical replicas of plants, and the physical consequences of ingesting these pills. It’s not an easy situation, though; if I refuse these pills, my mind soon becomes imbalanced.

It was not until I accidentally did power training drills while playing with my precious puppy Thor that I started the work from within and my illness improved. I found that a pet has the power to make you happy and make you feel positive. And besides loyalty and love, my dog provided me with the ability to increase my physical endurance and power.

The medicinal power of humour, which accompanies playing with a pet, also played a part in my recovery. Laughter makes it almost impossible to feel sad or depressed.

Now, a year-and-a-half on from getting my pet, I’m happier and healthier at almost 50 than I have been in two decades. Love and laughter, I’ve found, are indeed some of the best possible ways to recover from debilitating bouts of depression.

May I suggest you play with your pet every day to increase your level of peace and happiness. It’s impossible to not get healthier while loving your pet and enjoying the outdoors with it. 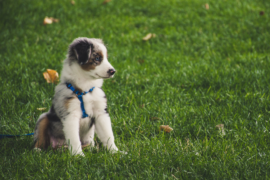 Why puppy farms are an issue 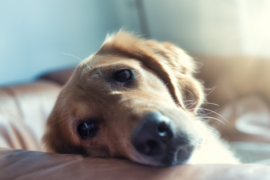 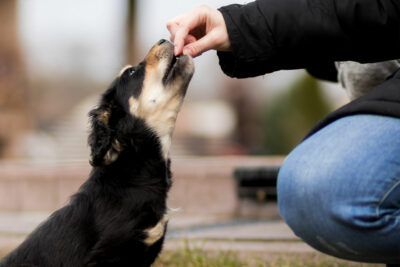 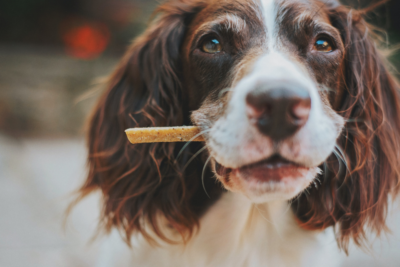