A positive to poisoning the planet 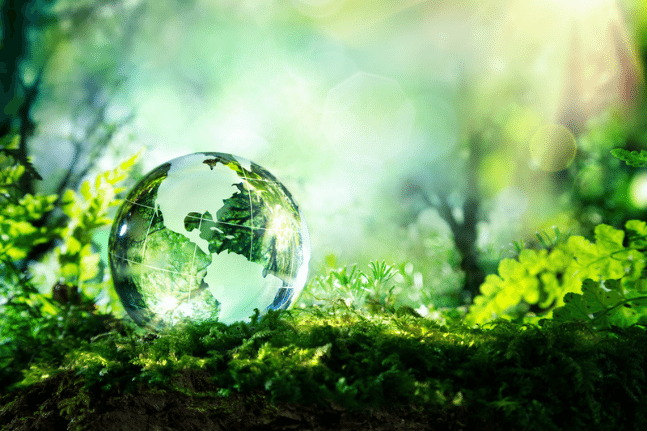 
Understanding the gravity of toxicity on our planet incites great sadness and despair. The toxic predicament we are currently facing can be overwhelming.

It can seem like there’s no way to stop poisoning the Earth. Established agricultural practices use tonnes of pesticides, herbicides and fertilisers that damage soil microbes and pollute water systems. The supermarket-based food system pollutes due to the packaging and transportation inherent in its maintenance. Mainstream medicine’s heavy use of pharmaceutical drugs leads to further pollution of our waterways when these medications are metabolised and excreted from the body. The rampant use of plastics is ingrained in our culture and results in plastic rapidly filling up landfill and oceans, negatively affecting the hormonal balance of the planet. The current paradigms in mainstream culture perpetuate our plight.

What could possibly be good about this toxic burden? I asked pioneering futurist Barbara Marx Hubbard that very question.

Barbara Marx Hubbard is a sprightly 85-year-old with a vision for the planet wherein an evolution of consciousness enables creativity and renewal. She spoke at 2014’s UPLIFT festival, a gathering at which spirituality, scientific evidence and evolutionary ideas merge to stimulate, open and support movements and understandings that awaken people to be both conscious and creative.

In 1945, when nuclear weapons were dropped on Japan, the horror and gravity of the situation was not lost to Marx Hubbard. The huge pain and suffering of those affected triggered in her a new perspective on the world. She began to ask the question, “What is good about this new power we have uncovered?”

Since then, Marx Hubbard has continued to ask that question. Her work supports and holds a vision of our planet being vital and abundant, populated by conscious beings who co-create the reality they live. In terms of what is good about our toxic plight, Marx Hubbard has a number of ideas.

We know our actions can create a future that is either restorative or destructive.

First, this is a big step for our collective consciousness and collective action. We have never faced such a situation before, ever. It’s the first time we have collectively come to recognise that our existence is threatened. Perhaps this awakening is the bomb that breaks the paradigms of toxicity that trap our current civilisation. Perhaps it is the flash of light in our collective consciousness that unleashes a zeal for life and vitality, one currently lacking in our mainstream cultures.

Marx Hubbard explains that humanity in the 1950s only took responsibility for basic survival and reproduction. “We thought we had it all figured out,” she said. Before the publication of A Silent Spring by Rachel Carson in the early 1960s, there was virtually no understanding about the devastating impact of pesticides and herbicides on the ecosystem. “We didn’t know what we were doing … We were like a baby in gestation, really quite unaware of the situation we were involved in.”

Now we have been birthed as “a new humanity”; we are becoming aware of our own evolution and co-creative power, she says. In part, this is thanks to the communication capacity of the internet, which provides us the choice of where we source our information. We have the capacity to communicate our own thinking and connect to others’ thinking, too. Humanity is waking up to how we co-create life on this planet. We know the current toxic burden is a result of human actions. We know it requires us to step up. We know our actions can create a future that is either restorative or destructive.

Marx Hubbard suggests that this toxicity is a self-selecting, survival mechanism, simply another part of Earth’s 4.5 billion-year evolution. Becoming aware of this gives humanity the opportunity to decide to survive. Each of us can consciously choose ways of living that are healthy and life-affirming, and get rid of what’s not working. Paradigms can be changed once we recognise them and start to act and think in a different way.

The vision of the planet as vibrant, creative and healthy is a wonderful vision to have. Barbara is often referred to as an “optimistic visionary” — which is far better than a pessimistic one!  For the next 10–15 years, Marx Hubbard predicts, the future is in our hands.

By aligning your thinking with the transmutative capacity of the planet, you — and humanity — can co-create a thriving planet rather than a toxic one. Each of us has the capacity to make choices that lead to regeneration. Solutions exist. We just need to start acting on them. 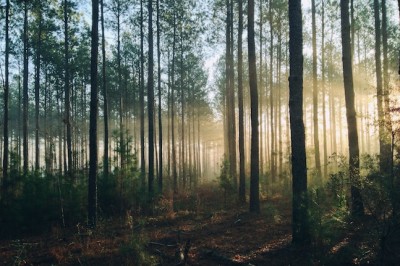 Sustainable forestry: The future of forests

Intact tropical forests are wonderful carbon sinks. However, if our forests continued to be destroyed or illegally logged, they could...