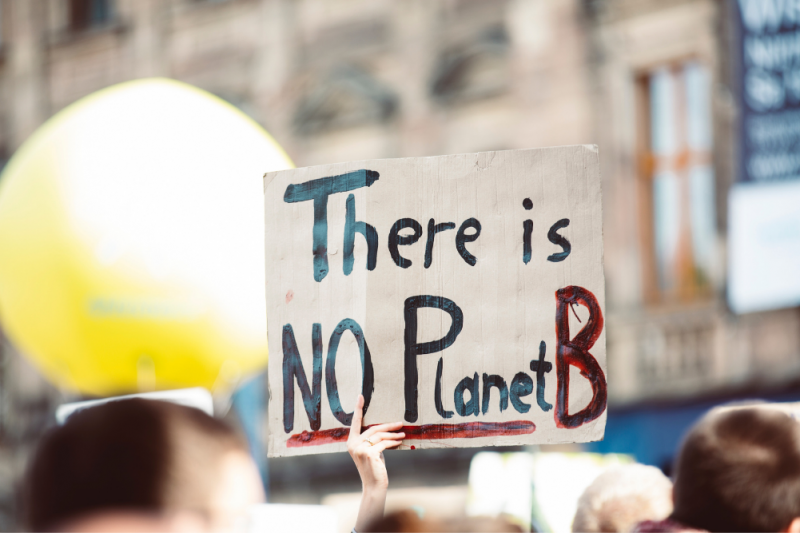 
Is a future without gas possible? As the Australian government expands the country’s gas production, we take a look at the real impacts of this “transition” fuel.

Traditionally, energy generation was solely based on the principle of burning things, a practice that was considered the only way to power economic activity. Hundreds of years since the start of the Industrial Revolution, we are now in the throes of a major shift away from fossil fuels towards renewable energy. Meanwhile, the combustion of coal, gas and oil persists, like a hangover from the past.

Natural gas, consisting of methane, is mined both from conventional fields and via unconventional operations targeting coal seam gas, shale gas and tight gas (gas trapped in rock). In Australia, the reticulated gas grid is largely limited to metropolitan areas, while in New Zealand it serves population centres on the North Island. LPG (liquefied petroleum gas) is a different fuel largely made up of butane and propane and is commonly used in areas that the natural gas network does not reach. Major uses of gas include power generation, heating, manufacturing and as a transport fuel.

As part of the urgent effort to act fast on climate change, the world has put the brakes on coal and is starting to also turn its back on gas. Investment funds, banks and insurance companies are moving to align with the goals of the Paris Agreement on climate change. These include the European Investment Bank, which will not be funding any more fossil fuels beyond the end of 2021.

Burning gas is often considered to produce about 50 per cent less carbon than coal, but this statistic fails to take into account fugitive methane emissions.

In the economics of power generation, gas has been undercut by solar and onshore wind power, and the business model for gas-fired electricity is being undermined by the increasing number of large storage batteries that serve as a baseload support to renewable energy. Gas infrastructure risks becoming a worthless “stranded asset” if current economic trends persist.

The current messaging from its promoters is for gas to be a transition fuel in the shift from coal to renewables. However, new infrastructure built today will probably be around for decades, undermining this argument. The expected lifespan of a pipeline is 50 years, while a gas-fired power station is expected to last about 25 years.

One proposal for dodging the climate impacts of gas is carbon capture and sequestration (CCS). In reality, there are only a limited number of commercial working examples, and carbon dioxide may leak out via the injection pipe. Some CCS is linked to enhanced oil recovery systems, facilitating more oil production, and in such cases a net carbon benefit is unclear.

Burning gas is often considered to produce about 50 per cent less carbon than coal, but this statistic fails to take into account fugitive methane emissions. Most of these are unintentionally released through well casings, and some are emitted from valves and pipe fittings.

Methane has a global warming potential (GWP) 34 times greater than CO2 when measured over a hundred years, but over 20 years — the timeframe that will determine the outcome of the climate crisis — its GWP rises to 86 times. As a percentage of the total gas recovered, if these fugitive emissions are over 3.2 per cent, then according to a recent study it negates the climate advantages of gas over coal. Any figure above 1.4 per cent would undermine climate arguments for swapping petrol or diesel vehicle fuels for natural gas.

For the US, the Environmental Protection Agency has a fugitive gas emissions estimate of 1.4 per cent. However, a 2018 University of Colorado study looked thoroughly at both oil and gas sectors and arrived at a figure of 2.3 per cent. In Australia, industry-influenced figures for two different projects are 1.4 per cent and less than 0.5 per cent respectively. At present, a reliable fugitive emissions figure for the gas industry as a whole is unavailable.

In 2020, Australia overtook the Arabian Gulf state of Qatar to become the world’s largest gas exporter. With Australia also the world’s second-largest coal exporter, its profligate fossil fuel production will have a major influence on whether or not the world succeeds in reining in climate change. This mining is broadly supported by both major parties, especially the LNP. In the 2019/2020 financial year, the LNP and Labor together received a total of nearly A$700,000 (NZ$751,000) from gas companies alone.

Another concern is the employment “revolving door” between government and fossil fuel sector employment. In 2018, extensive research by investigative journalist Michael West documented more than 150 movements, in both directions, over the previous 10 years. Many of these involved gas.

In 2020, Australia overtook the Arabian Gulf state of Qatar to become the world’s largest gas exporter.

The government’s National COVID-19 Commission is headed by Nev Power, who was at the time of his appointment deputy chairman at Strike Energy, a West Australian resources company with gas interests. Following intense scrutiny, he later stood down from this role with Strike. Unsurprisingly, the Commission has been pushing a gas-led economic recovery in response to the 2020 COVID economic shock, in place of the green recovery urged by the UN. In August 2020, a group of 25 scientists wrote to Chief Scientist Alan Finkel, voicing their opposition to these gas plans on climate grounds.

Gas-related research is being carried out by the CSIRO’s Gas Industry Social and Environment Research Alliance (GISERA) scientific research organisation. With many of GISERA’s stakeholders being gas companies, and with government and gas industry funding, its independence is compromised.

The share of Australia’s electricity generation provided by gas has been steadily dropping, from 11 per cent of eastern Australia’s National Electricity Market in 2017 to 6.4 per cent in 2020. The rise of renewables is a primary contributing factor.

Australian gas and the climate

Australia has set a climate target of a 26–28 per cent cut in greenhouse emissions by 2030, using 2005 as a baseline. According to the UN Environment Programme, it is nowhere near on course, with emissions tracking sideways rather than downwards. In turn, this pledge is nowhere near a fair share of the global effort that would be required to achieve a target of under two degrees under the Paris Climate Agreement. Bill Hare, head of the scientific institute Climate Analytics, has called for the target to be increased beyond 60 per cent.

Australia’s methane emissions are growing quickly and the gas industry is the main culprit. One big contributor is Chevron’s Gorgon Project, located on Barrow Island in Western Australia. This is the world’s largest natural gas project and also Western Australia’s second-largest greenhouse gas emitter. While the project has a carbon capture system that involves injecting CO2 under the island, it is currently non-operational.

According to calculations from the group 350.org Australia, if the gas in five new basins is extracted and burned, it would represent three years of Australia’s annual emissions, and also cancel out the emissions savings from the government’s flagship climate policies five times over. Based on analysis by the San Francisco group Global Energy Monitor, Australia’s planned A$56 billion (NZ$60 billion) of gas pipeline infrastructure would be capable of pumping quantities of gas equivalent to the emissions of 33 coal-fired power stations.

In contrast to Australia, the rest of the world is far less gung-ho about gas, and Australia’s gas exports remain vulnerable to shifts in other countries’ climate policies.

New Zealand has 15 gas fields, but compared to Australia it is a small player and there is no unconventional production. In total, 76 per cent of the country’s electricity is from renewables (most of which is hydroelectric power) and gas makes up 14 per cent.

Unlike Australia, New Zealand is making a decisive move away from gas, as part of a range of aggressive actions intended to meet the Paris Agreement target. The government has a goal to dramatically curb gas use by 90 per cent by 2050 via measures such as phasing out of gas-fired heating and hot water. New Zealand’s Climate Change Commission supports an end to new homes being connected to natural gas. In 2018, the country banned offshore oil and gas exploration.

CSG and other unconventional gas

Over the last decade or so, coal seam gas (CSG) has acquired a negative reputation. As with shale oil mining and other types of unconventional gas, it relies on hydraulic fracturing, also known as fracking. In this process, after drilling, a high-pressure mix of water, sand and chemicals is directed at the rock to fracture it. Issues include:

Several Australian groups are actively opposing new gas development and challenging its transitional fuel narrative. In addition to many of Australia’s environment groups, more gas-specific groups include Lock the Gate, the Facebook-based NSWGasBan and Knitting Nannas Against Gas.

Australia’s methane emissions are growing quickly and the gas industry is the main culprit.

On the Far North Coast of NSW, people power won against CSG as a result of large marches, direct action and strategic community-level surveys recording massive levels of public opposition. This culminated in a blockade at Bentley near Lismore involving thousands of people. Gas eventually became such a toxic cause that local politicians were unable to remain in power while backing it.

Individually, Australians can avoid fossil-fuel-generated electricity, including gas, by purchasing 100 per cent GreenPower for a few extra cents per kilowatt-hour. Another step is to switch your superannuation to a fossil-fuel-free option. In Australia, these are offered by Future Super, Verve Super, Cruelty Free Super, WA Super and UniSuper, sometimes as niche products. In New Zealand, an equivalent choice is KiwiSaver.

As countries and smaller jurisdictions become more serious about taking action on climate change, there is a growing focus on electrification as a means of facilitating a shift to renewables. In practice, this involves building new houses and other buildings without any gas infrastructure. Gas-free design is most effective when all-electric policies are incorporated into building codes, as has occurred in 40 Californian municipalities and in parts of Europe.

At an industrial level, gas is harder to shift, given that it is widely used for manufacturing. In particular it is a key feedstock for making synthetic fertilisers. The American fracking industry is linking up with the plastics sector to supply ethane sourced from shale gas fields, which is converted to ethylene before being used. This feedstock is facilitating the manufacture of plastics at a lower cost.

Biogas derived from organic matter such as food waste is an environmentally sound, domestic small-scale alternative, and home units such as the HomeBiogas are available. Biogas is also being used at in industrial scale too, often in farming contexts where copious amounts of organic waste are being generated.

While hydrogen is widely seen as a sustainable alternative, at present nearly all the world’s hydrogen is made from coal and gas, and there exists a competitive tension between the rival forces of “green” (renewable) hydrogen and “blue” hydrogen from a fossil-fuelled origin combined with CCS. Australia’s hydrogen strategy is technology-neutral, which means that government funding could support either of the two. New Zealand meanwhile is favouring green hydrogen. One niche use for hydrogen would be in green steelmaking, as an alternative to coke which is a coal by-product.

Given the urgency of tackling the climate crisis, it beggars belief that countries such as Australia are expanding their gas production as if everything were business as usual.

The UN has a global target of reducing greenhouse emissions by 7.6 per cent, year-on-year, up to 2030, in order to meet the Paris Agreement target. This would be a reality check, in that it would necessitate deep structural changes to economies and societies. It would also probably require society-wide public backing for an anti-consumer degrowth-oriented way of living, in the face of the resistance and pushback that this would certainly arouse. 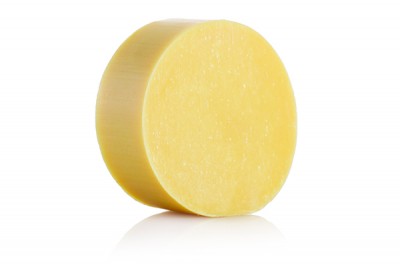 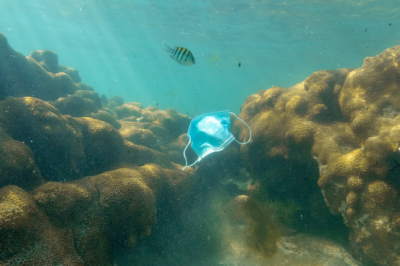 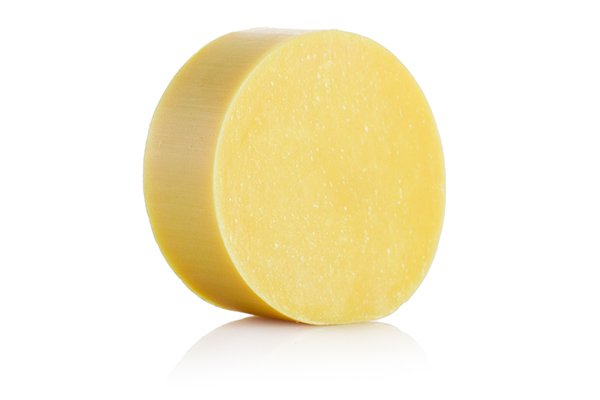