What is Wind Turbine Syndrome? We take a look at the phenomenon 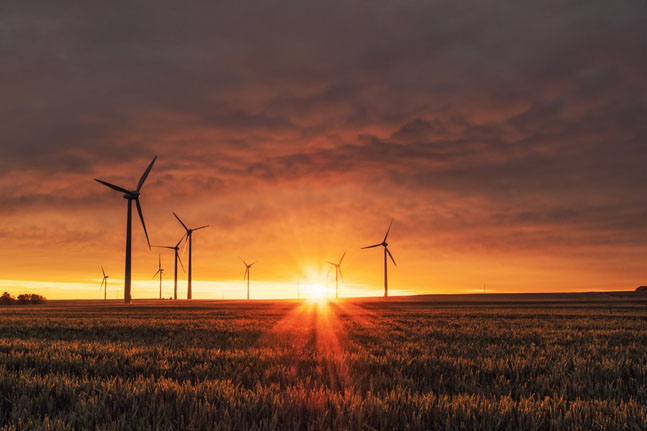 
In rural areas it is increasingly common to see, dotted across the landscape, giant metal poles with three hypnotically rotating blades. To some people, wind turbines are visually appealing; to others they are ugly. For a third group, they are a means to an end when it comes to producing large quantities of renewable energy.

For a long time, wind-power generation capacity has been growing exponentially in Australia, New Zealand and many other countries. Renewables are becoming cheaper as the technology evolves and their economy of scale further improves; they have already undercut fossil fuels in many countries. The number of wind turbines worldwide now exceeds 200,000.

In the eyes of mainstream scientific and government authorities, WTS is unproven rather than disproven.

Attitudes to wind power are broadly positive, with 85 per cent of people surveyed in New South Wales being very supportive. In New Zealand, 77 per cent were found to be favourable. Yet despite these majority sentiments there has been a pushback against wind from certain think tanks, politicians and members of the public.

When resistance to Australia’s wind-farm plans peaked in the early 2010s, two entities spearheaded anti-wind activism. One was known as the Waubra Foundation while the other was a network of Landscape Guardians groups. Both have links, either direct or indirect, to fossil fuel interests.

Individuals living fairly close to wind farms can develop a cluster of health symptoms that may include dizziness, migraines, high blood pressure or depression. Sleep deprivation is another issue — sufferers claim to be woken from sleep by turbine sound. These symptoms are often referred to as wind turbine syndrome (WTS), a condition that faces a major challenge: its existence is not accepted by the scientific mainstream.

The term “wind turbine syndrome” was coined by a Canadian paediatrician named Nina Pierpont, who published a book under that title in 2009. Her research has come under criticism for its methodology and for claims of an improper peer-review process in the way she chose her reviewers. Sarah Laurie of the Waubra Foundation is probably the most prominent advocate of WTS in Australia.

Wind turbine acoustics are complex and can be affected by several factors. Some sounds originate from the movement of the turbine through the air while others emanate from the internal workings of the machine itself. Proponents of WTS talk about the phenomenon of noise sensitisation, where incessant exposure to noise causes more aggravated responses over an extended timespan. Building structure may play a role in how sound is experienced inside that building.

Traditionally, active anti-wind campaigns have most frequently occurred in Anglo countries (Australia, Canada and the USA), which prompted Australian WTS critic Simon Chapman to disparage WTS as a disease that speaks only English. However, this generalisation is now out of date as France and the Netherlands witness an upsurge of NIMBY-style protests.

One South Australian man complaining about turbines has reported health issues that include sleep problems, heart arrhythmia, anxiety and a rumbling sensation in his head. The man has two wind turbines on his property and similar symptoms are experienced by his wife, with whom he lives. The man claims that the symptoms go away when he spends time away from home and return when he comes back. Numerous similar reports have come from other Australians and New Zealanders as well.

Chapman has stated in The Conversation that the incidence of wind farm hosts — those who derive an income from wind turbines — developing WTS is more or less zero, although the South Australian man is an exception to the rule. However, clauses often found in hosts’ contracts prohibit dialogue with the media except with the permission of the wind developer.

An American case involves three turbines in the coastal town of Falmouth, Massachusetts. Dozens of nearby residents reported unpleasant symptoms and are suing the town, making this probably one of the world’s greatest concentrations of WTS claims. A 2012 investigation by acoustic experts presented some research that helped to back them up.

In Brown County, Wisconsin, about 90 people were affected by the Shirley Wind Farm and three nearby families felt forced to abandon their homes. In response, in 2014 Brown County classified the wind farm as a hazard to human health. A survey carried out by four acoustic consulting firms proposed a link between WTS and motion sickness, supporting the theory that otoliths — organs in the inner ear — may be involved.

Advocates of WTS usually regard infrasound as the primary cause of their condition. As the lowest-frequency class of sound, infrasound is usually defined as less than 20 hertz (Hz). Infrasound is often sensed by the body rather than heard and turbine infrasound has been found to extend as far as 90km (Omar Marcillo et al, 2015).

The bottom line is that more research is needed. Researchers from the University of Adelaide are about halfway through a five-year sleep-focused WTS study that was begun in 2016.

Close on the sound spectrum is low-frequency noise (LFN), generally defined as being in the 20–500Hz range. Compared to infrasound, it is more commonly audible and can be heard as a rumble. LFN is recognised by the scientific establishment as capable of causing what is known as vibroacoustic disease. The 2016 report Characterisation of Wind Farm Infrasound and Low-Frequency Noise found that infrasound and LFN were audible up to four kilometres from wind farms and exhibited large variations.

One argument raised against infrasound being responsible for WTS is that, while industrial infrasound sources (such as coal mines, gas-fired power stations and truck engines) may cause health effects, it is at far higher levels than that from wind turbines. While substantial infrasound comes from natural sources such as crashing waves, this is a little like comparing apples and oranges. Natural infrasound is chaotic and random, unlike industrial infrasound, which tends to peak at certain specific frequencies and their overtones.

On the other hand, studies and reports that lend some weight to WTS tend to have weaknesses in common. They generally involve small numbers of subjects, rely heavily on anecdotal evidence and are not peer reviewed. Obviously these weaknesses do not discount the possibility that WTS may be a genuine syndrome. An important distinction to make is that, in the eyes of mainstream scientific and government authorities, WTS is unproven rather than disproven.

Globally, a total of 25 reviews since 2003 have looked at WTS and all have failed to find sufficient scientific evidence to back it up. Australia’s National Health and Medical Research Council (NHMRC) carried out a review of the literature in 2010 and concluded there was insufficient evidence while acknowledging that the quantity of that evidence was limited.

Unsatisfied with this, a few years later David Leyonhjelm of the Liberal Democrats instigated a second NHMRC review that resulted in a very similar outcome. It uncovered a lack of evidence but called for further research, especially on effects within 1.5km.

In South Australia, a study relating to the Waterloo Wind Farm was carried out in 2013 by the state’s Environmental Protection Authority. It included on/off testing where the turbines were shut down for periods of time before being restarted. An analysis of the diaries of WTS sufferers found that some wind-related health complaints were recorded during times when the turbines were not operating, casting some doubt on the evidence against the turbines.

According to a 2013 analysis by researchers at the University of Adelaide, audible sound from wind turbines can cause annoyance and disturbed sleep patterns. If true, this could discount direct physical symptoms as a cause of WTS, but to do so it would have to rule out infrasound, which can travel much further than audible noise.

In 2014, Australian Medical Association vice-president Geoffrey Dobb put out a statement rejecting an accepted physiological mechanism for health effects to be produced by subaudible infrasound.

The placebo effect, where the health of a patient improves after following a health recommendation such as taking a pill, is well recognised. Similarly, the “nocebo” effect is based on the notion that a strong belief that something will be harmful to one’s health can translate into real symptoms. In the case of WTS, the nocebo argument has turned into a dominant, politically correct narrative that is starting to harden into a de facto truth.

Simon Chapman is an emeritus professor at the University of Sydney, with an academic background in social medicine. In 2013, Chapman published a study in the journal Health Psychology arguing that, while Australian wind farms had been around since 1993, the frequency of health complaints ramped up from 2009 — at the time anti-wind activity took off. Around 98 per cent of complaints were made after this date. However, the average size of turbines has increased over time with a likely corresponding effect on their noise emissions, including more claims of lower frequencies.

Chapman has found an ally in Fiona Crichton, from the Department of Psychological Medicine at the University of Auckland, and together they published the 2017 book Wind Turbine Syndrome: A Communicated Disease, which can be downloaded for free online.

Crichton published a blind study of her own in Health Psychology, also in 2013. It found that when groups were exposed to either real or fake infrasound, negative expectations regarding wind farms were linked to self-reported elevated health symptoms. One interesting side observation is that the real-infrasound group’s symptoms were noticeably more marked than those of the fake-infrasound group.

Challenges to the nocebo hypothesis

Potential challenges to the nocebo theory include:

An interesting 2017 study by Shannon Clark and Linda Botterill classes WTS as a “contested illness” alongside chronic fatigue, fibromyalgia and multiple chemical sensitivity. The challenge is to establish its legitimacy by bucking the trend of the dominant reality, a challenge made harder if ridicule is involved.

Dr Steven Rauch, a specialist in hearing and balance disorders at Harvard Medical School, has warned against the nocebo idea, describing it as a slippery slope and a case of blaming the patient for his or her symptoms.

The jury is still out

Despite the lack of strong evidence, a minority of people — perhaps a very small minority — may be suffering real symptoms caused directly by wind turbines. If this is later shown to be the case, it will raise some difficult issues around preventing future harm and mitigating current impacts. Although a lot of WTS claims originate from anti-wind groups, this is unlikely always to be the case. The nocebo effect may play a role, perhaps a small role, in creating health problems.

However, the bottom line is that more research is needed. Researchers from the University of Adelaide are about halfway through a five-year sleep-focused WTS study that was begun in 2016.

In the bigger picture, any health damage from wind turbines is a drop in the ocean compared to that from fossil fuels; climate change and toxic pollution cost many lives. All forms of energy generation, including renewables, have some environmental and social impact. In a technophile civilisation it can be hard for mainstream opinion to acknowledge some of the negative ramifications of technology. Sometimes it’s up to unpopular fringe-dwellers to shine a light into some dim places. 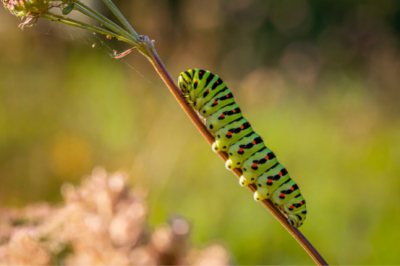 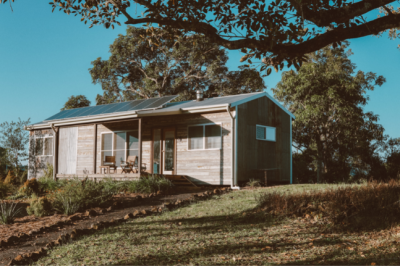 How to insulate your home, the sustainable way

Climate change and rising energy prices are making insulation a key component for sustainable living goals. Here’s how to do...

How to insulate your home, the sustainable way

Climate change and rising energy prices are making insulation a key component for sustainable living goals. Here’s how to do... 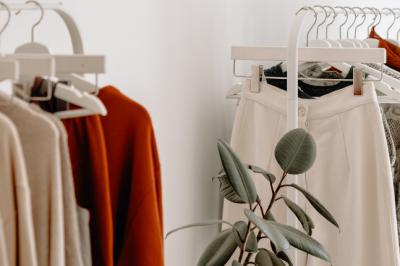 The rise of sustainable fashion brands

Sustainable fashion has come a long way since hemp fabrics and indigo tie-dye. A new wave of ethically minded brands...