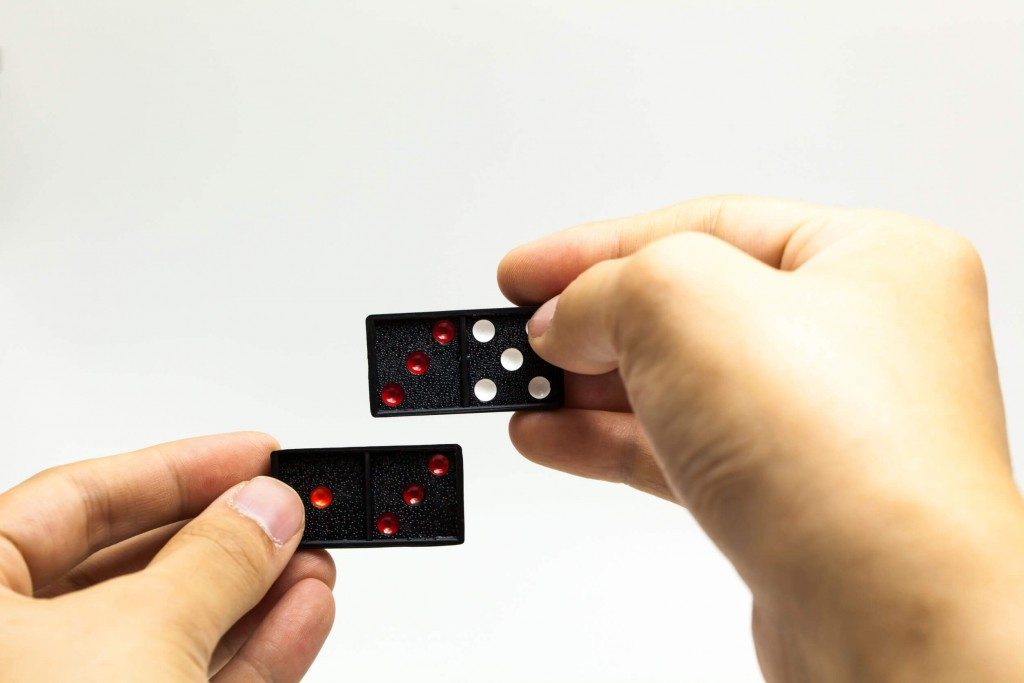 Perform better when you think with your hands

Have you ever broken out in a cold sweat, when you are a put in a position to calculate without your handy calculator and you have to use your head for it? Have you been in a situation when you are ask to solve a problem and you’d rather reach for a paper and pen and draw things out or work with objects to sort out the puzzle?

We have been taught to think before we act and that all thinking takes place in our mind.

What if this was not completely true?

Two cognitive psychology experts from Kinston University in London challenged the idea that thinking takes place only in the head. They set out to prove that we think and make decisions by interacting with the world around us and that by using tools and objects we are able to problem solve and find new ways of thinking.

By being able to physically interact with an arithmetic problem, psychologists are able to eliminate or manage fear associated with math anxiety, leading to better performance at finding a solution.

In cognitive psychology the mind is seen as a computer, but people do not think that way in the real world, according to the psychologists of this study. If they are given something to interact with, people will react and think in a different way, just as they would if they could write or draw to think through the situation.

The researchers found that the group with the models were more likely to find the solution which involved building overlapping pens to house an odd number of animals in each. The group with the tablet and stylus were less likely to solve the problem, proving that by physically being able to interact with the objects, people had a better chance of finding solutions and working at problems.

This demonstrates that people are performing better when they interact with the world around them.

The psychologists also explored the how math anxiety can be managed with interactivity. Some of us have experienced maths anxiety as a debilitating emotional reaction to mental maths where even the simplest of tasks can cause anxiety to such an extent that we would rather avoid the arithmetic task.

For this part of the study, people completed long sums either with their hands down (low interactivity condition) or by moving numbered tokens (high interactivity condition) – while they all repeated a particular word continuously. It was found that those asked to do the sums with tokens fared much better than those who were asked to do the sums in their head.

The psychologists examined the role of interactivity in alleviating the impact of depleting memory resources brought on by doing sums and repeating a word continuously; and math anxiety on mental arithmetic performance. They found that those adding sums in their head had predictable decrease in arithmetic performance, while speaking a word repeatedly. But the people who used number tokens fared much better in the magnitude of errors – as if they were not anxious at all about maths.

Math anxiety causes a person to avoid maths completely. This leads to less exposure to mathematics and the opportunity to receive positive feedback which can lessen avoidance tactics. With this study, the psychologists were able to eliminate or manage fear by interacting with the problem by using hands rather than just thinking of it in the mind. Such interactive tasks may further reduce avoidance coping and lead to an increase in exposure to mathematics.

So the next time you have to solve a problem try using objects to project the situation and you may find new ways of finding a solution; and if math anxiety is what makes you powerless, fear not – and use your hands to do the sums.