Do you have brittle, dry or uneven nails? 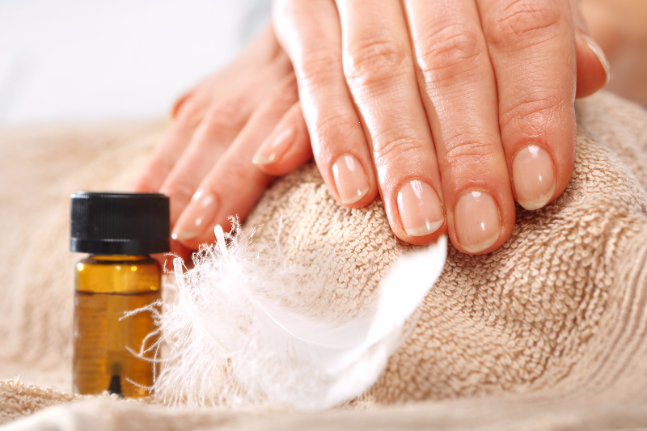 
Sitting in front of me was Robin, an extremely well-groomed, stylishly dressed, middle-aged woman, but her fingernails were another story: ragged, cracked and dry-looking with uneven, split ends.

Although Robin’s hair was carefully styled and professionally coloured, I had noticed a tendency to thinning when she bent her head. “Have you had any problems with your hair?” I asked. She looked at me, taken aback. “Well, now you’ve brought it up, my hairdresser has been commenting that I’m losing more than I should.” Robin began to look seriously worried. “I’m not going to go bald am I?” she choked out the words, obviously distressed.

Further questioning and examination uncovered other pertinent facts: she only maintained her weight with great difficulty — it was always creeping up; flatulence and constipation were not uncommon; her skin was on the dry side, especially during colder months of the year; and, despite a relaxed and happy lifestyle, she often woke up tired and dragged herself through the day feeling weary and heavy-limbed.

“There are times,” Robin spoke quietly, “when I wonder if I’ve got heart problems. Sometimes the beat sounds very loud in my ear at night — particularly if I’m lying on the left side. And, occasionally, I feel very loud thumping spells during the day. I take a few deep breaths and they settle, but I won’t deny they worry me.” She continues, “I’ve also noticed a tendency to feel very queasy after meals lately. Sometimes I feel I’m going to vomit. The symptoms gradually ease off, but invariably recur after I’ve eaten food again.”

Three weeks later, Robin returned to discuss her test results. Much to her surprise, calcium, magnesium, iron, chromium, manganese, zinc and nickel were well below the lower end of normal. I explained that this was an indication of malabsorption, almost certainly due to insufficient stomach acid or hypochlorhydria. In addition, pancreatic enzyme secretions were inadequate and her B12 level was low.

I have seen greater potential benefits achieved with only the aid of an ordinary thermometer than with all other thyroid tests combined.

Robin was also suffering from an unsuspected helicobacter infection — almost certainly the cause of her cardiac and stomach discomforts. The presence of the bacterium Helicobacter pylori has been found to be present in a significant number of people who have suffered heart attacks.

As part of her diagnostic process, I had asked Robin to place a mercury-column thermometer, well shaken-down, by her bedside at night. On waking, before stirring from bed, she was to reach for the thermometer and measure her underarm temperature for 10 minutes, while lying quietly. Results were consistently below normal.

As long ago as 1942, a study of 1000 college students showed that subnormal body temperature is a reliable index of hypothyroidism. This simple technique of measuring basal body temperature as a guide to determining thyroid function has helped literally thousands of our clients to solve many of their seemingly intractable health problems. I have seen greater potential benefits achieved with only the aid of an ordinary thermometer than with all other thyroid tests combined.

The basal temperature test is not 100 per cent specific for thyroid function — there are conditions other than hypothyroidism that may produce a low reading, such as starvation, pituitary gland deficiency or adrenal weakness. However, starvation is not hard to rule out and some thyroid support is also frequently indicated for the other conditions.

Basically, Robin’s diet was excellent. She had avoided sugars, refined carbohydrates, alcohol and additive-laden foods for many years. All her choices were as wholesome and natural as possible. Her local farmers’ market was a regular destination.

Helicobacter is a sneaky customer, with only about two out of 10 infected people developing obvious symptoms. Fortunately, there are some excellent natural approaches to eradicating the bacterium. Raspberries, strawberries and blueberries are effective helicobacter fighters. Broccoli contains a sulphur compound that reduces Helicobacter pylori activity, and bromelain, a sulphur-containing enzyme, has never let me down over the years. Robin was also advised to spice up her meals with turmeric, cumin, ginger and oregano, as these flavoursome additives contain powerful antioxidants and contribute to eradicating bacterial infections.

As helicobacter often takes refuge in dental plaque, where it resides undisturbed together with periodontal bacteria, Robin was advised to maintain regular dental check-ups. She admitted to being very lax in her dental visits as she had a partial denture and tended to forget that her remaining teeth needed protection.

To address Robin’s immediate concern about her nails, we prepared a formula based on organic castor oil, tocopherols and tocotrienols. A little of this blend was to be massaged into each nail at night.

By the end of three months, Robin was seriously excited. Her nails had improved at least 50 per cent: they were less brittle and more supple, glossy rather than scurfy-looking, cracks were growing out and many chronic hangnails had healed.

After six months, not only were Robin’s nails strong and attractive but her hairdresser was commenting on the improved condition of her hair and she was buying clothes one size smaller than she was used to. Her heart and stomach symptoms had also cleared up.