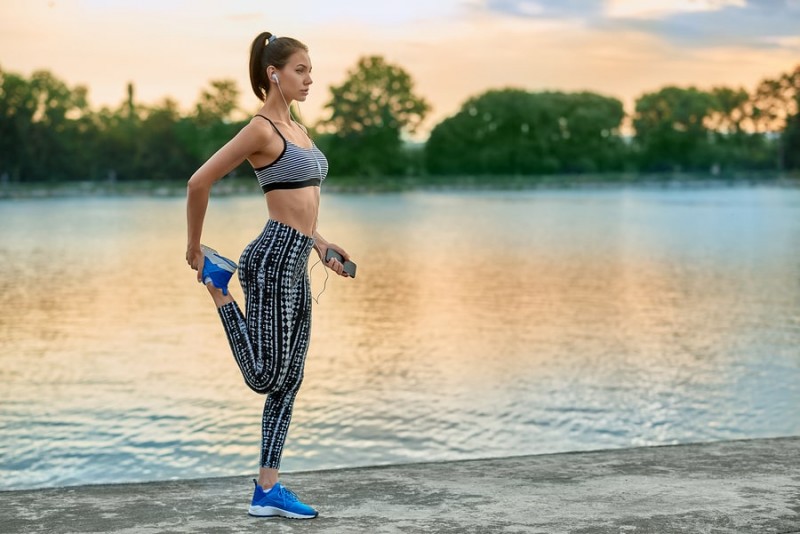 It’s difficult for many adults to find the time to exercise as they are busy meeting the many demands of life. As a result, many adults don’t have the time for fitness and are reluctant to exercise in the evening after a long day. Many also believe that high-intensity exercise should be avoided in the early evening as it affects sleep. This also acts as a barrier to exercise in the evening. However, recent research from Charles Sturt University in Australia shows that high-intensity evening exercise does not negatively impact sleep.

The study also showed that afternoon and evening high-intensity exercise were associated with greater reductions of the hunger-stimulating hormone, ghrelin.

For this study, the researchers recruited eleven middle-aged men to complete three experimental trials. The researchers investigated sleep and appetite responses to exercises which were performed in the morning (6-7 am), afternoon (2-4 pm) and evening (7-9 pm). The participants performed high-intensity cycling which involved six one-minute, maximal intensity sprints interspersed by four minutes of rest. The researchers collected blood samples prior to exercise and after exercise to examine appetite-related hormones. Other tests were also performed during sleep to assess sleep stages.

The results showed that a single bout of evening exercise did not negatively impact sleep. The study also showed that afternoon and evening high-intensity exercise were associated with greater reductions of the hunger-stimulating hormone, ghrelin. However, the researchers emphasise that a single bout of exercise was not linked to reduced hunger. Researchers also found that the power output during the sprint was higher for afternoon and evening exercise compared to the morning trial suggesting that the participants were able to perform better during the latter part of the day.

Even though this study only considered a single bout of exercise, it provides support for high-intensity exercise in the early evening. However, the researchers hope to conduct further studies which will involve women, given that sleep and appetite regulation depends on age and sex.