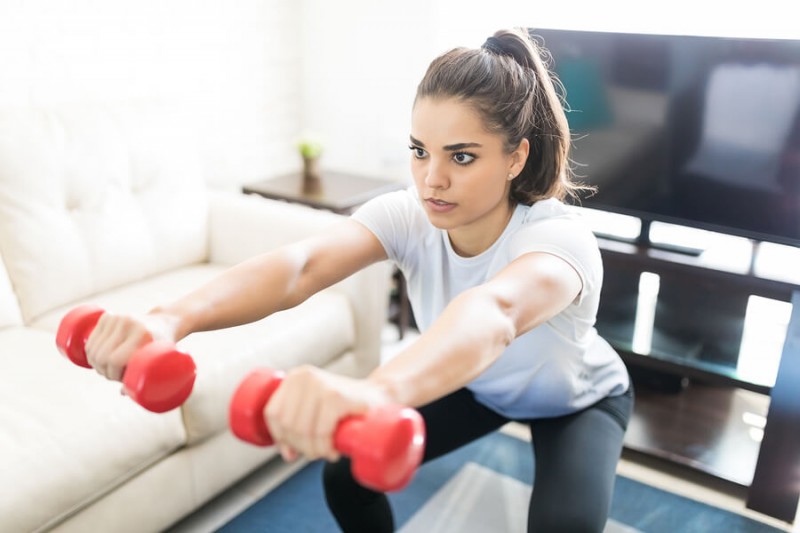 
People often associate cardiovascular activity such as aerobics, running and biking with a reduced risk of cardiovascular disease (CVD), but weight training is often overlooked. However, new research from Iowa State University found that lifting weights is good for your heart, among other benefits.

The researchers analysed data from 12,591 participants with an average age of 47 years in the Aerobics Center Longitudinal Study. The participants received at least two clinical examinations from 1987 to 2006. Resistance exercise was assessed by a self-reported medical history questionnaire. The researchers measured three health outcomes: cardiovascular events such as heart attack and stroke that did not result in death, all cardiovascular events including death, as well as any type of death. The researchers looked at the link between resistance exercise and CVD and all-cause mortality. They also examined the link between resistance exercise and diabetes as well as hypercholesterolemia, or high cholesterol.

Weight training for less than an hour weekly compared with no resistance exercise was associated with a 29 per cent lower risk of developing metabolic syndrome.

During a mean follow up of 5.4 years and 10. 5 years, there were a total of 205 CVD events and 276 deaths respectively. The researchers found that compared with no resistance exercise, weekly resistance training one, two, three times or a total amount of 1-59 minutes were associated with approximately 40-70 per cent decreased risk of total CVD events. This was independent of any aerobic exercise, suggesting that you do not have to meet your recommended aerobic activity levels to reduce your risk as weight training alone is enough. However, no significant risk reduction was seen for a higher weekly resistance of more than four times or greater than 60 minutes. Similar results were observed for CVD-related deaths and for all types of other deaths. Weight training for less than an hour weekly compared with no resistance exercise was also associated with a 29 per cent lower risk of developing metabolic syndrome, which increases the risk of heart disease, stroke and diabetes. The risk of hypercholesterolemia was 32 per cent lower. The results for both conditions were also independent of aerobic exercise.

According to the researchers, lifting weights increases your muscle mass which benefits your metabolic health, helps prevent obesity and provides other long-term benefits such as protection against heart attack and stroke. Even if you are not aerobically active, you can still benefit by lifting weights and other resistance training exercises for less than an hour a week.