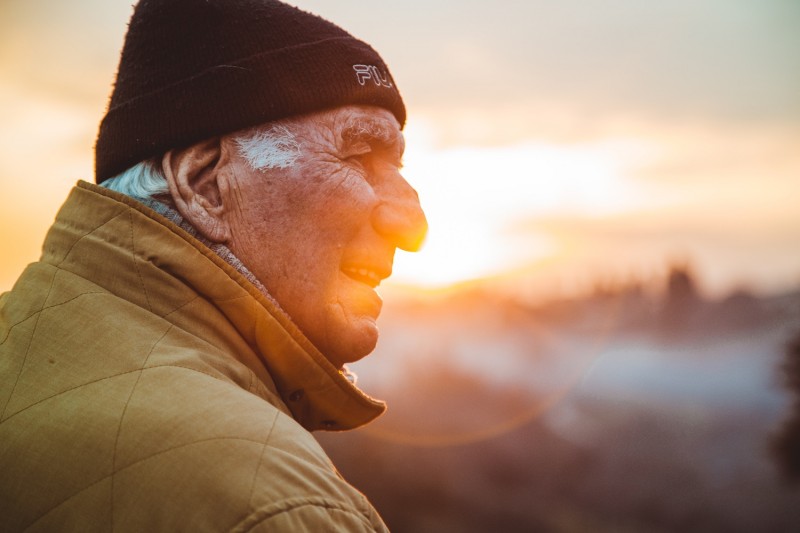 It turns out the age of constant self-examination, given everything we do is reflected on our Fitbits and iPhones where our daily performance is perpetually evaluated, might indeed have some survival value. Social media might simply be reflecting our genetic need to perpetuate the species and our specific imprint. If we have a need to show our best selves to the universe, could this drive be linked to the age-old quest for immortality and actually be doing us more good than harm?

If we do want to take our measured self-reflection to the next level, which investigations would we need in order to find out how well we are ageing? How could we unveil our biological age and, once we have this information, would it help us to fashion more envy-generating selfies? Research scientists have already uncovered a number of tests that provide vital clues as to how efficiently we are ageing.

The strength of your grip, how fast you walk, how far you can walk in six minutes, how long you can balance on one foot and your capacity to stand from a sitting position without using your hands to execute this function have all been associated with ageing. Heart disease, early dementia and the need for institutionalisation are all connected with a decline in your ability to do these tests. The less effectively you perform, the more rapid your decline, and the greater your likelihood of succumbing to early mortality.

Unquestionably your memory deteriorates as you age but if this is aligned with poor focus and visuo-spatial difficulties, meaning you have trouble visualising three-dimensional images and manipulating these to make the shapes you want, you could be sliding into the kind of mental morass which heralds an early grave.

There is a test called the Mini-Mental Status Examination (MMSE) which doctors use to crudely and sometimes cruelly assess the cognitive deterioration of patients who they suspect are in the throes of early dementia. Questions include identifying location, time of year, ability to delineate and draw clock times, spelling simple five-letter words and remembering three out of eight items, for example, with a maximum score of 30 and a result below 25 pointing to serious cognitive decline and an unfortunate increased risk of a rather rapid demise.

As you age your body fat increases and your muscle mass diminishes. This poses huge challenges as this significantly increases your risk of going into cognitive decline and succumbing to diabetes, kidney and liver decompensation, all of which can lead to premature death. Apart from our poor eating habits and the availability of calorie-dense foods rich in sugar and fat specifically designed to make us eat more, we are not exercising nearly enough.

Research scientists have already uncovered a number of tests that provide vital clues as to how efficiently we are ageing.

The World Health Organization recommends at least 150 minutes of moderate-intensity aerobic activity or 75 minutes of vigorous aerobic exercise throughout the week, or even both together, with muscle-strengthening workouts involving all major muscle groups on two or more occasions weekly. Most of us aren’t even getting close to these proposals. With the massive spike in obesity affecting many of us, and the likelihood that our children will be the first generation in a long while to live shorter lives than their parents, we face a Herculean task to reverse these trends and revisit the healthy body shape that would positively impact our biological age.

Dwindling muscle mass also leads to weakened bones, which can be assessed by means of a DEXA scan, advocated for both sexes after the age of 50. Aside from regular weight training, all the steps that can be taken to build healthy bones are discussed in detail in one of my eBooks, The Wellness Guide to Preventing the Diseases of Ageing.

These range from very simple tests that most of us are familiar with, including cholesterol profiles, specifically examining LDL subfractions, the different forms of so-called bad cholesterol which are connected with increased heart disease risk and predict early death, to others that are more sophisticated and less easily accessible. Then there are kidney function and sugar metabolism and once these deteriorate, your biological age significantly escalates along with your chances of an untimely end.

Inflammation or an overactive immune system that, when sustained can destroy your muscles as well as your bones, heart and brains, can be evaluated by means of a routine blood test which quantifies hs-CRP or other inflammatory markers like interleukin-6, IL-1 beta and tumour necrosis factor-alpha, the latter three only being performed by special laboratories.

N-terminal pro-B-type natriuretic peptide (NT-proBNP) is another early marker of cardiac decompensation associated with cognitive impairment and general debility that is not commercially available yet.

Your body makes less hormones as you age and this might have something to do with shielding you from the possibility of developing cancer. But this might also hasten disability and propel you into an early grave. Thyroid hormones and low levels of triiodothyronine (FT3) in particular have been linked with infirmity as has diminished vitamin D status.

Damage to your DNA, the shortening of your telomeres, the parts of your genes which perpetuate replication and miRNAs, small proteins that activate genes connected with ageing are all measures which have yet to become mainstream but once they do the stampede to use these for selfie excellence will be unprecedented.