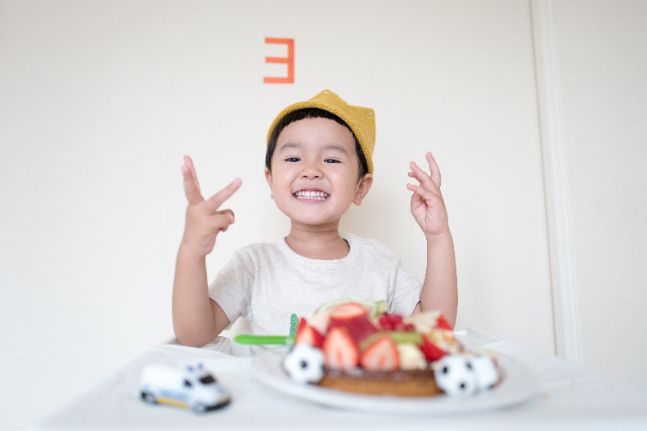 
This case involved a five-year-old boy of Chinese heritage whose GP had diagnosed him with Autism Spectrum Disorder. His mother was dedicated to improving his outcomes so he could achieve his true potential, but he had quite pronounced symptoms of alternating withdrawal and hyperactive (frequently loud and destructive) behaviour. His parents had recently placed him in a special school but were having difficulties with him even there because of his behaviour. They had done the rounds of a variety of medical specialists — with minimal improvement apart from ongoing speech therapy.

His main symptoms were bouts of being withdrawn where he would curl up in a ball and not respond; and bouts of hyperactivity where he would bang his head against the wall repeatedly, throw himself around and scream.

Apart from the behavioural problems, he had pronounced digestive problems with severe bloating, excessive (and smelly) wind and alternating diarrhoea and constipation. His skin was very dry and scaly.

His diet was poor and his mother was having great difficulty trying to get him to eat anything “healthy” as he would throw tantrums if not given what he wanted. Overall, his diet consisted mainly of bread as sandwiches, milk (for calcium), meat, veg and rice stir-fries for dinner (it was particularly difficult to get him to eat the night meal). He preferred a glass of milk with Milo. He would also eat instant noodles and loved sweet foods: lollies, cakes and biscuits, ice-cream and Coca-Cola.

His mother had read that omega-3 fatty acids were beneficial for behavioural problems, so he had been taking fish oil as a supplement for some time (albeit unwillingly and with the help of bribery), but with little result.

Children (and adults) with autism spectrum disorder commonly have significant deficiencies of the omega-3 fatty acids ...

Clinically, this was a fairly typical presentation. Despite the fish oil supplementation, the very dry skin is indicative of a significant fatty acid deficiency. On testing, we found he had a gallbladder/liver and bile production problem and was not digesting or absorbing fats.

The brain’s prefrontal and frontal lobes are particularly responsive to the supply of DHA during development and are critical for social, emotional and behavioural development — from gestation, through childhood and adolescence.

The fish oil supplements he had been given were therefore ineffective and the child was massively deficient in fatty acids, including those fatty acids essential for brain development and function.

We recommended that lecithin granules, which assist with fat digestion and metabolism, be added to the diet (disguised in coconut milk) and this boy was also given a liquid DHA supplement.

His general diet was a major issue as he was consuming large quantities of the foods associated with intolerance. Upon testing for food allergies, he was found to be allergic to grains, particularly wheat, as well as dairy. Testing also showed poor protein digestion and the integrity of the gut mucosa was compromised (the so-called “leaky” gut).

The challenge now was to encourage him to eat differently, so finding options he liked was the next step. Luckily, he liked coconut milk, so this was quite a good alternative to dairy and he didn’t react adversely. These days there are some excellent products made from coconut milk on the market: coconut kefir and coconut kefir gelato being examples. These he liked and, as they were sweetened with safe alternative sweeteners such as stevia, xylitol and birch bark, this helped to counteract his sugar cravings. The coconut kefir also provided the probiotics he needed to support improved gut function. His mother hid a little slippery elm powder (¼–½ teaspoon) in the kefir to repair the gut mucosa and provide a prebiotic.

There are some excellent gluten-free alternative products in the major supermarkets, so his mother started making him wraps using sweet potato wraps and he would eat gluten-free bagels. He was still not keen on salads or vegetables; nut butters such as almond paste were acceptable.

One condition his mother was happy to comply with was that all food be organic and fresh (or freshly cooked) as this automatically eliminated preservatives, colourings and chemical flavourings.

We also found a significant zinc deficiency (and high copper levels), an imbalance that significantly affects brain function and behaviour. We suggested filtering the water he drank to remove copper (most houses have copper water pipes) and a zinc supplement (as drops) was recommended. Children with autism have significantly higher levels of copper and low levels of zinc — frequently with digestive symptoms. One noticeable difference with zinc supplementation was the cessation of his head-banging behaviour — a big improvement.

Several months after starting the program, I walked into the waiting room and a smartly dressed young “man” came up to me — with hand outstretched so I could shake it — and said, “Hello, Dr Karen.” I barely recognised him as the troubled young person I had seen earlier.