written by The WellBeing Team ,September 6, 2018 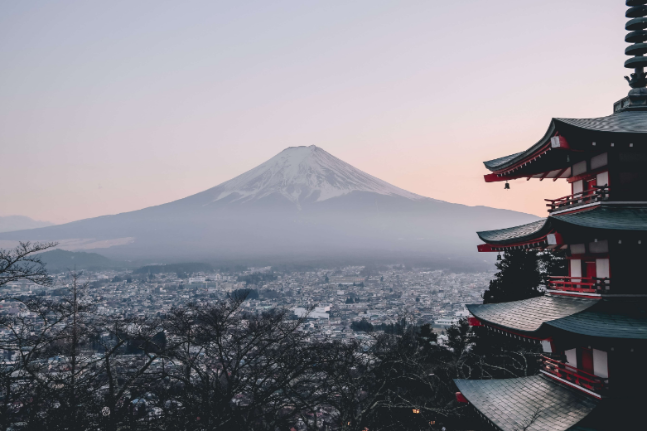 
Snow had been falling constantly since our arrival at Nozawa Onsen, a traditional Japanese ski village four hours drive northwest of Tokyo. I was with two of my teenage sons on the fourth day of the ski section of our Japan holiday. My 51-year-old knees had taken a pounding over the past couple of days’ skiing and I was unsure if I should ski or have a rest day. At the last minute, I booked in with a ski instructor, while my boys completed their lessons.

After a few green runs, my instructor asked if I wanted to move to a red run. I’m a cautious skier, preferring controlled skiing over speed, and red runs are a little out of my comfort zone, but I agreed to try.

The run was steeper than I was used to and, as my pace increased, so did my anxiety. As I sought to regain control, my skis connected with a bank of powder, stopping me instantly. I fell forward, my legs twisting, and I heard a sickening “crack.” When I tried to stand, the pain shot up my left leg and I knew I was in deep trouble!

Ski rescue arrived and my problems continued. The skidoo couldn’t reach where I’d fallen, so I had to scoot 150 metres further down the mountain on my bottom. Exhausted by the time I reached the skidoo, I was informed by my rescuers that I had to stand to straddle it — there was no stretcher.  Somehow I managed to climb on with the assistance of the two patrol guys — me screaming expletives — and we made our way down the mountain.

Now, in recuperation, with a plate and six screws repairing my tibia fracture, I’ve had plenty of time to reflect on why I needed this particular experience.

Two Japanese nurses ushered me into a small room at the village clinic. My adrenaline spent, I began sobbing uncontrollably. A doctor appeared and, in broken English, said they would x-ray my knee. The nurses removed my ski pants and, bewildered and in tremendous pain, I wondered whether they would now offer me pain relief.

Having worked for Surf Lifesaving Queensland and experienced enough sporting misfortunes with my kids, I had learnt about first aid at the scene of accidents. I knew that, in Australia, pain relief is generally administered as soon as medical help arrives. I wondered if Japan had anything like Australia’s green whistle — an inhaler offering pain relief. But, before I could ask, the doctor appeared with my x-ray results. “You have fracture,” he said. “You need plaster cast and fly home for an operation.”

The nurses told me to lie down and lifted my left leg into an agonising right angle. The doctor syringed blood and other fluids from my knee, then encased my leg in a three-quarter-length plaster cast. Shaking from shock, I was wheeled into a corridor and covered with a sheet. A nurse uttered the words I’d been waiting so long to hear, “Painkillers?” “Finally!” I thought.

The following days in Japan involved waiting for my travel insurers to organise my repatriation to Australia. In our lodge, I had to adapt quickly to crutches and moving with my heavy plaster cast. The steep stairways, tatami bedding mats and the two metres of snow surrounding the lodge proved challenging. I was also responsible for my two lads, so there wasn’t time to fall in a heap or feel sorry for myself. I had to remain strong.

Each day, I’d station myself in the lodge’s communal room. People stopped by to check on me, including a Townsville mum who just happened to be a trauma nurse! A ski village employee helped manage many of my logistical issues around cancelling the remainder of our trip and also organised an interpreter to accompany me to my clinic follow-up visit. Caring messages from home arrived via Facebook. A friend in Brisbane organised an emergency appointment with a trauma specialist surgeon.

This wonderful abundance of human compassion gave me strength to manage the repatriation process while dealing with constant knee pain. Two days after arriving home, I had surgery to repair my tibia plateau fracture.

There aren’t many publishable words to describe how it felt to break my leg without pain relief. As a curious writer, I’ve since researched the Japanese approach to pain management. I’ve spoken to numerous people, including two Australians also injured while skiing in Japan. Neither received pain relief. This doesn’t indicate medical treatment in Japan is in any way barbaric; rather, the Japanese approach to pain that differs from ours.

Generally speaking, Japanese believe pain should be tolerated as much as possible, that it’s there for a reason and should not be masked. Where the green whistle is often administered by trained medical personnel at accident scenes in Australia, Japan does not have anything similar.

Now, in recuperation, with a plate and six screws repairing my tibia fracture, I’ve had plenty of time to reflect on why I needed this particular experience. I’ve had to slow down, relax and “un-hurry” my mind. I’ve also gained perspective. Yes, I hurt myself and have a long rehabilitation ahead of me — but I won’t die from my injury. I’m aware of my inner strength. I survived the challenges of repatriating myself and my boys from a foreign country, with a broken leg and little pain relief.

Instead of it being a negative outcome, my broken leg journey has enlightened me. I’ve learnt humility, gratitude, a greater appreciation of the random acts of kindness by strangers and a deeper understanding of the Japanese approach to pain management. I’ve realised compassion is a uniquely powerful human attribute and we draw strength by treasuring our connections with people. I look forward to reaching out to people, whether that’s via my writing or in person.

Life throws us many challenges; it’s what we learn from them that makes the difference!