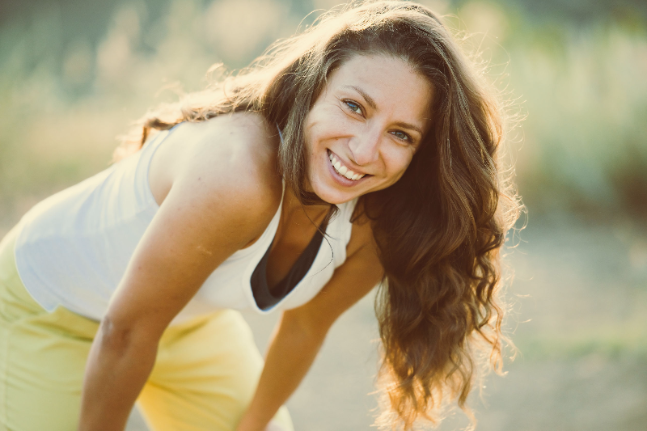 
The gallbladder is a small sac located below the liver containing bile, the digestive fluid that breaks down dietary fats. The gallbladder removes water from the bile until the liquid becomes very concentrated. When fatty food is being digested, the gallbladder squeezes bile through the small bile duct into the small intestine to aid digestion.

As you can see, your gallbladder serves a very important digestive function, but I have rarely heard a surgical colleague discuss this or consider this when dealing with gallstone patients. I have also rarely heard a colleague discuss the very important issue of diet and lifestyle habits with patients, whether before removal or after removal. In fact, it’s usually the patient who asks what they should do from a dietary viewpoint, at which time they are usually told a variety of ill-advised things such as “do nothing special” or “eat what you like; you cannot get gallstones any more” or “it does not matter”.

In this article, we will look at the importance of the gallbladder and how to keep yours healthy and functioning well. If you have already had yours removed, we’ll look at what other measures you can take to stay healthy without a gallbladder.

Gallstones are very common and gallbladder surgery is one of the most common procedures undertaken in our hospitals. Although many doctors and surgeons tell their patients gallbladders are not necessary and it doesn’t matter if they’re removed as they don’t serve any important purpose, this is far from the truth.

Gallstones occurring in the gallbladder are small, stone-like deposits made up of cholesterol, bile pigment and calcium salts. They can range in size from tiny grains to pebbles to the size of a golf ball. You can develop just one large stone, hundreds of small ones or a combination of large and small stones.

Gallstones ... can range in size from tiny grains to pebbles to the size of a golf ball.

About 80 per cent of gallstones never cause problems and most people will go through life unaware they even have them, known as “silent gallstones”. They are often picked up incidentally during a routine ultrasound or other imaging such as CT scan for the investigation of something unrelated. The risk of these causing any problems is about 1 per cent per year. It’s generally recommended these patients don’t undergo surgery other than in exceptional circumstances such as when suffering severe diabetes, immune-compromised or having the rare condition of porcelain gallbladder or associated multiple or large polyps (I’ll discuss this later).

Some people have poorly functioning gallbladders without gallstones (acalculous cholecystitis), which is typically seen in very critically ill patients, often in the hospital intensive-care unit setting and very uncommon in the general population.

Who is at risk of gallstones?

Those at risk generally come under the heading of the “5 Fs”, which is traditionally taught at medical school: fat, forty, fertile, female and fair-skinned. So they are far more common in women than in men and in the overweight than the slim.

It’s important to understand that if you have gallstones you probably also have an unhealthy liver producing poor-quality bile as well as a gallbladder that may not be functioning properly. Stones also occur in the liver and its ducts. Generally, sugars, fats and grains aggravate gallstones. The most common cause of gallstones is a diet high in saturated fats and sugars, so diets high in fast foods and fried unhealthy foods will develop stones and gallbladder disease.

Pregnancy increases the chances of developing gallstones due to the hormonal changes, and diabetes increases the chances of complications such as infection and severe inflammation. Also, those who have had recent rapid weight loss, or those using birth control pills or hormone replacement therapy after menopause have an increased chance of developing gallstones. Food intolerance is a common cause of gallbladder problems and there’s research that links gluten intolerance with gallstones.

In about 80 per cent of cases, gallstones cause no symptoms. When symptoms do occur, they may include pain in the abdomen, usually on the right side under the rib cage, radiating around to the back or right shoulder. Pain is generally associated with the ingestion of a fatty or heavy meal, but not always. Attacks often happen in the middle of the night around 1–3am.

It’s important to understand that if you have gallstones you probably also have an unhealthy liver producing poor-quality bile, as well as a gallbladder that may not be functioning properly.

Many people also have nausea, may have vomiting or may only complain of excessive bloating and burping. Some people present with jaundice if a stone has moved from the gallbladder and travelled down the duct. A stone moving down the common bile duct may cause complications such as pancreatitis, inflammation of the pancreas or cholangitis (infection within the biliary tree).

There are two main types of gallstones. First and most common (80 per cent) are cholesterol stones, made up mainly of cholesterol, a fat-like substance that is crucial to many metabolic processes. These can grow very large. The second, less common (20 per cent) type are pigment stones, which are dark brown/green in colour and made up mostly of bilirubin. Gallstones made from bile pigment are usually small but numerous.

If you suspect you are having a “gallbladder attack” and are in severe “gallbladder” pain, especially if you also have a fever, seek medical attention immediately by presenting to the emergency department of your nearest hospital.

Having your gallbladder removed

Surgery to remove the gallbladder is called a cholecystectomy. It’s done laparoscopically (via keyhole surgery) in more than 95 per cent cases. In 5 per cent of cases, this laparoscopic procedure may not be possible or the surgeon may have to convert to an open operation if there’s any difficulty encountered during surgery. Laparoscopic cholecystectomy can be done as a day procedure or an overnight stay.

Like any surgery, gallbladder surgery is not without complications. There’s a risk of bleeding, infection and, more importantly, possible injury to the common bile duct, duodenum or stomach. Remember, removing the gallbladder treats the symptom not the cause of the problem. Therefore, after surgery, if you must undergo cholecystectomy, you must take a good look at your lifestyle and dietary habits and consider renewing the health of your liver and biliary tree.

The best way to prevent gallbladder problems like gallstones is to eat a well-balanced, healthy diet, exercise and maintain a healthy weight.

A healthy diet is common sense. A low-fat diet includes a wide range of foods such as fresh organic fruit and vegetables, legumes such as lentils and kidney beans, all varieties of bread, pasta and rice with oil-free sauces, grilled or steamed fish and moderate dairy or soy drinks and fruits. Lemons, celery, dandelion and beets are excellent foods for your liver and gallbladder: they help to keep bile healthy and non-viscous. Fresh, alkalising fruit and vegetable juices (not bottled but straight out of the juicer) help detoxify both your liver and gallbladder on a regular basis. Raw, unfiltered apple juice, which is rich in pectin, is known to soften and disintegrate any existing gallstones, as well as prevent new ones from forming. Apple cider vinegar also helps soften gallstones, and artichoke leaves promote bile flow.

Being physically active may help a woman avoid gallstone surgery. Research shows that women who exercised the most were 30 per cent less likely to have gallstone surgery than the least active women. Even a moderate amount of exercise was linked to a significant decline in the risk of gallbladder surgery.

An average of two to three hours of recreational exercise a week appeared to reduce the risk by approximately 20 per cent. Compared to the least sedentary women, who spent less than six hours a week sitting at work or driving, women who spent 40–60 hours a week sitting were 42 per cent more likely to undergo gallbladder surgery.

A low lecithin concentration in the bile may be a causative factor for many individuals with gallstones. Taking lecithin supplements is very beneficial for dissolving sludge and stones from the biliary tract.

Turmeric helps the solubility of bile as well as any inflammatory response that may occur due to gallstones.

Many holistic practitioners and naturopaths advocate the liver and gallbladder flush. It’s a relatively simple and rapid way of flushing out sludge, toxins and gallstones from the liver and gall bladder. There are different methods described but, if you want to do this, find a health practitioner who will supervise you.

Do not do the flush if you are unwell with the flu, particularly busy or stressed, immunocompromised or especially fatigued from any other illness. It’s recommended that a qualified health practitioner always supervises the liver/gallbladder flush. Certain people such as pregnant women, young children, very elderly and frail people, insulin-dependent diabetics or those with severe liver disease or an acutely inflamed or infected gallbladder should not try the liver/gallbladder flush and should discuss it with their own doctors.

Some people who do this flush may find they feel very nauseated (bilious) and/or vomit several times. Abdominal cramps and diarrhoea may accompany this before the stones are passed.

If you have had your gallbladder removed

When you have your gallbladder removed, your liver continues to manufacture bile but there is no longer a place to store it or concentrate it. This means bile just continually trickles into the small intestine throughout the day without being able to be stored or concentrated. So, if you eat a fatty meal, you can’t secrete a large enough amount of bile into your intestines, resulting in poor digestion and assimilation of fats. This can result in diarrhoea, bloating and/or nausea. Some people also report an increase in weight following cholecystectomy.

High-quality fats, especially omega-3 fats, are essential for good health and if you don’t have a gallbladder you will have an impaired ability to absorb them. Trying to digest fat without bile is like trying to wash greasy dishes without soap; it doesn’t work very well.

A low lecithin concentration in the bile may be a causative factor for many individuals with gallstones and taking lecithin supplements is very beneficial for dissolving sludge and stones from the biliary tract.

Your doctor may have recommended you follow a low-fat diet after having your gallbladder removed. This is not necessary and, in fact, can be harmful. Your body desperately needs good fats and I recommend you include moderate quantities of extra-virgin olive oil, avocados, coconut milk and oil, nuts and seeds in your diet. Also including bitter foods in your diet, such as lemons and limes as well as bitter lettuces such as radicchio, dandelion leaves and endives, will help indigestion.

The use of bile salt supplements can be beneficial; these are usually made from purified ox bile. If you are vegetarian or vegan, there are no plant sources of bile salts, but taking concentrated beet powder and kale can help your own bile production as well as breakdown of fats. Also, choline supplementation after gallbladder-removal surgery helps support the natural digestion of dietary fats and in combination with bile salts works to help prevent excessive gas and bloating.

Remember to always consult your health practitioner before starting any new treatment regimens or thinking of starting or ceasing medications. Also remember, if you experience severe abdominal pain, nausea, vomiting, fevers or jaundice, then please present to either a hospital emergency department or your local general practitioner if practicable. 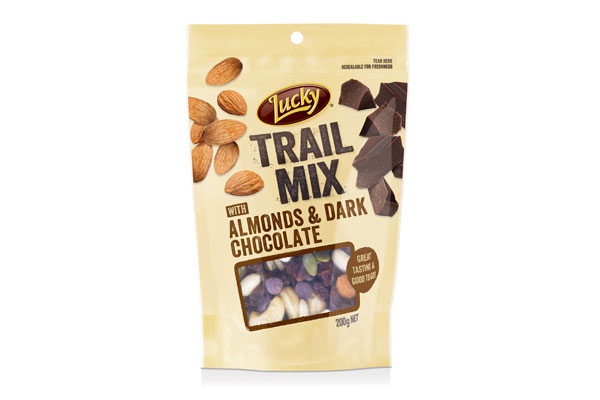 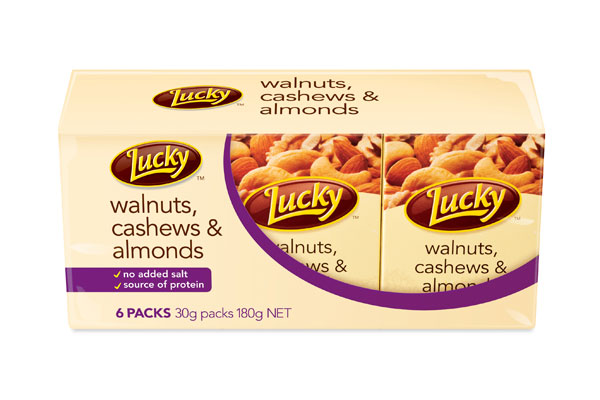 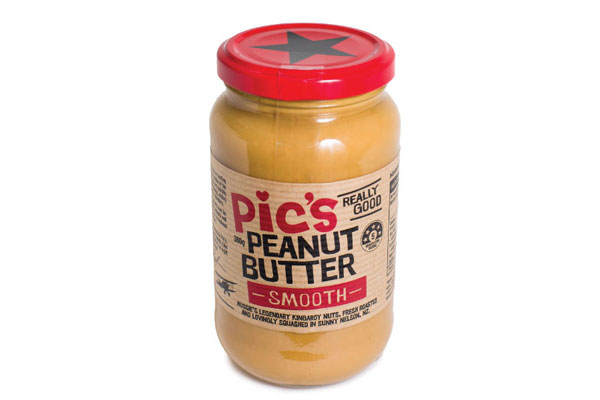 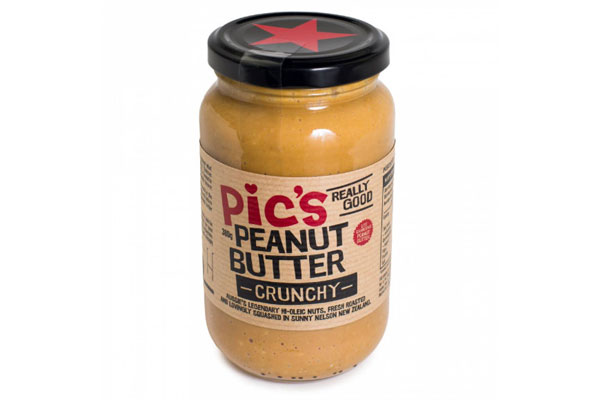