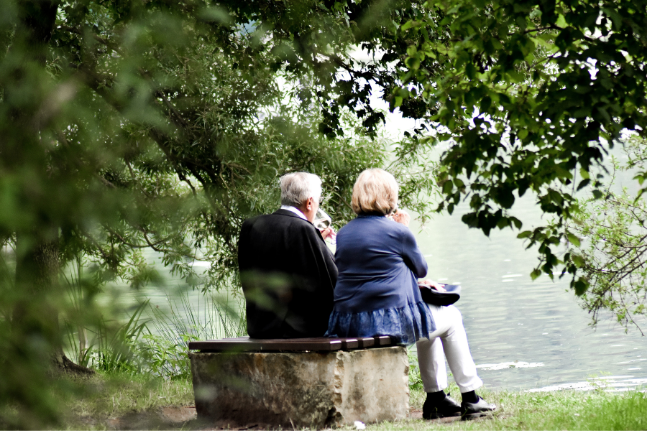 Is it possible to reverse your age? We take a look

David Sinclair is an alumnus of Time magazine’s 100 most influential people on the planet, a professor of genetics at Harvard Medical school, who at 52 with a full head of brown hair and a face that from a distance looks unlined and youthful makes it easier for him to enthusiastically propose that ageing can be aborted and even reversed. Sinclair’s guide to beating ageing has become the mantra of the anti-ageing community, and I regularly get quizzed by my patients about the credibility of all the supplements and medications recommended by him. Sinclair is streetsmart enough to caution that what he does is not necessarily what we should do, adding that he has no idea if this is the right course of action for him or his father despite its apparently magical rejuvenating powers, as there are no long-term scientific trials validating its efficacy. If we follow his suggestions and it doesn’t have the same robustly beneficial effect on us, his disclaimer shrewdly prevents any recriminations. So what is Sinclair advocating, and despite his tongue-in-cheek caveats should we be adhering to his advice anyway?

He takes one gram of nicotinamide mononucleotide every morning together with one gram of resveratrol and one gram of metformin, a drug commonly used to lower blood sugar in diabetics. He also takes vitamins D and K2 with 83mg of aspirin every day. He limits his consumption of sugar, bread and pasta and avoids desserts, although as he puts it “steals tastes”, which I presume is slang for having occasional sweet offerings. He eats a lot of plants and tries to avoid the flesh of dead animals even though they taste good as he asserts, but does eat meat if he works out. His busy schedule leads to him skipping lunch most days. He walks a lot each day, goes to the gym on the weekend when he lifts weights, jogs, hangs out in the sauna and dunks in the ice pool. He maintains his weight within an optimal body mass index of 23 to 25.

Sinclair is a strong proponent of the benefits of nicotinamide mononucleotide (NMN) found in avocado, broccoli and cabbage because it increases the presence of a chemical called nicotinamide adenine dinucleotide (NAD) that in turn switches on a range of genes with the potential to slow down ageing. In his laboratory Sinclair has demonstrated that giving NMN to older mice allowed them to become the human equivalent of ultramarathon runners with the coordination, speed and strength equivalence of participants on American Ninja Warrior. What he fails to mention is the research connecting NAD boosting with an aggressive form of brain cancer known as glioblastoma multiforme, the most common and virulent form of brain cancer found in adults.

… all of us embarking on the proposed anti-ageing benefits of NMN need to keep in mind that this is not a risk-free undertaking.

This study revealed that inhibiting the NAD pathway, the opposite of what NMN does, actually improved the outcome for glioblastoma sufferers. The lead author then goes on to indicate that while this research didn’t actually show that taking NMN would lead to cancer, all of us embarking on the proposed anti-ageing benefits of NMN need to keep in mind that this is not a risk-free undertaking.

While a decline in NAD production heralds ageing and supplementing with NMN which augments NAD might mitigate this process, increasing NAD might also spur cancer growth, an unwitting and highly undesirable outcome for all of us taking this supplement and involved in this experiment. What we don’t yet have is the technology which would allow us to peek into our cells and find out if we have any cancer growth in its early stages which might make supplementing with NMN an unwise choice.

The evidence is more reassuring with regard to resveratrol, one of the other premier substances endorsed by Sinclair. In the test tube and on laboratory animals, resveratrol is a powerful anticancer agent. Resveratrol is found in red wine. The problem is that we have to drink huge amounts of it to enjoy its cancer-protective benefits, enough to pickle your brain cells and destroy your liver. Enter the supplement market, but here there are also difficulties here. In a capsule resveratrol is poorly absorbed and rapidly degraded, which might explain why Sinclair takes 1000mg every day, the equivalent of four or five capsules depending on the strength of the product he’s taking, which means he’d go through one bottle rather quickly.

Aspirin might prevent heart disease, but it’s also associated with an increased risk of major bleeding events. Metformin, the other drug embraced by Sinclair, can inhibit the growth of cancer cells, but it can also lower vitamin B12 levels, an important brain-protecting nutrient.

This is not to detract from the wisdom of all his counsel. It would just be nice if he listed all of its limitations.