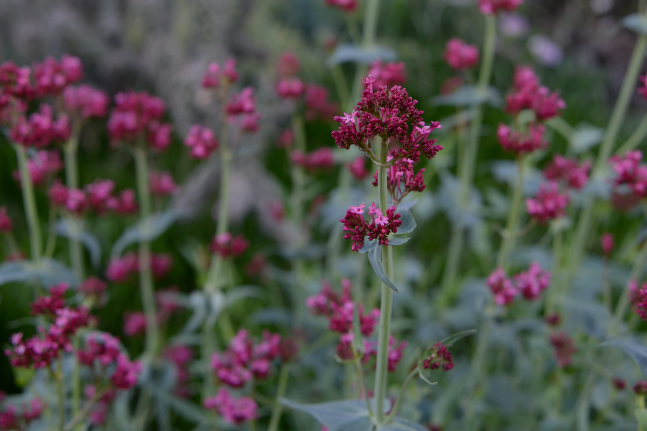 Struggling with insomnia or anxiety? Valerian root may help

Valeriana officinalis (valerian) is a perennial flowering plant native to Europe and Asia with perfumed flowers in summer that attract many fly species. It has been used as a medicine at least since the times of the ancient Greeks and Romans, where it was described by both Hippocrates and Galen as a remedy for insomnia. It is also discussed in ancient Chinese medical texts.

In the late 1500s it was described in herbals as a remedy for croup and convulsions and for those who were bruised from falling. Nicholas Culpepper in the 17th century boiled the root with liquorice, raisins and aniseed to relieve coughs, and found it very beneficial against the plague. The leaves relieved headaches when bruised and applied topically to the head.

During World War I, valerian was used to prevent and treat shell shock in front-line troops, and in World War II was used to help calm civilians during air raid attacks.

Valerian root contains alkaloids (including valerianine), GABA (an inhibitory neurotransmitter), isovaleric acid, iridoids (including valepotriates), sesquiterpenes (valeric and valerenic acid in the volatile oil) and flavonoids such as hesperidin. Valeric acid is the principle component that is responsible for the pungent earthy odour which some people like but others find it very unpleasant.

Valerian root is considered a “nervine”, indicating that it not only calms the nervous system but also acts as a tonic, strengthening the nervous system. The essential oil component of valerian appears to provide the sedative activity, while the valepotriates have a regulatory effect on the autonomic nervous system. However, despite there being over 150 constituents, none are solely responsible for specific activities, but instead all appear to act synergistically. The mechanisms of action are not totally understood.

Worldwide over 30 per cent of the population suffers from insomnia — most frequently in the elderly and in menopausal women.
Valerian works partially through the GABA cycle (similar to the benzodiazepines) and partially through the serotonin receptors which are implicated in the sleep–wake cycle. Valerian produces a dose-dependent release of GABA and prevents its breakdown in the brain. However, it may need to be taken over several weeks (and in higher doses) for long-term resolution.

The activity of the valepotriates is dependent on their effective biotransformation by bacterial flora in the gastrointestinal system, so good digestive function is important for its effectiveness.

While there have been some conflicting results, valerian has been shown to reduce wake time after sleep onset, to improve sleep latency and duration and to relieve the insomnia severity score. It has also been shown to be effective in both adults and children and particularly effective for insomnia related to stress and anxiety.

One interesting study indicated that valerian tends to sedate the agitated person and stimulate the fatigued person, thereby having a balancing effect on the central nervous system.

Another study showed a single oral dose of valerian extract caused a significant reduction in intracortical facilitation, a change associated with reduced anxiety.

Valerian combined with lemon balm has shown promise when given to 169 children under 12 for seven weeks, significantly reducing the symptoms of hyperactivity, impulsiveness and inability to focus.

The antispasmodic activity of valerian can be used to relieve gastrointestinal pain and spastic colitis, as it has direct effects on calming smooth muscle, relieving symptoms of “nervous stomach”, colic and intestinal spasms when used in the correct doses. Valerian has also been shown to reduce uterine spasms and therefore significantly relieve period pain.

For insomnia, the dose of valerian ranges from 300 to 600mg one to two hours before bedtime (equivalent to 2–3 teaspoons of dried valerian root or 2.5–5ml of the liquid extract). Over 900mg daily has resulted in residual daytime sedation, but valerian is generally considered safe when compared to pharmaceuticals given to relieve insomnia.

While valerian is generally considered a safe sedative compared to pharmaceutical medications for insomnia and is considered a useful transition medication to get people off the more addictive sleep medication, there are some considerations and potential drug interactions.

With the sedative properties that induce central nervous system depression, valerian should not be taken in conjunction with other depressants such as alcohol, benzodiazepines, barbiturates, opiates, kava or antihistamine drugs unless monitored closely by a practitioner.

In hypersensitive people, valerian may induce liver toxicity, but this only occurs in a small percentage of the population. Some people also exhibit a paradoxical effect when taking valerian, the symptoms including headaches, inability to sleep, anxiety and lethargy the following day.

There is little research on safety when taken in pregnancy, so valerian is not recommended.