You may not have heard of this wonderful herb but it has been grown and used in China for more than 3000 years. Ziziphus spinosa is just one of more than 300 cultivars in the Ziziphus family. Many have healing properties but the species we are focusing on is probably the most ancient of them all.

This healing plant has quite a humble appearance with spiky leaves and a height of only about one metre. It prefers more temperate climates with a love of sun. Before its use as a medicine, the fruit of this plant was fed to children and adults alike because of its high nutrient content.

Ziziphus first appeared in Chinese medical texts in around 300 CE. Among its other uses, it was traditionally recommended for heart and abdominal problems as well as for aches and pains and as a tonic to increase longevity. In terms of energetic properties, it was thought to be the perfect balance of warming and cooling.

In the past two decades there has been a growing level of research on ziziphus’s many health effects. There have been many studies done to try to isolate which of this plant’s numerous phytochemicals are the ones that contribute to its therapeutic powers. The benefits to your body are now thought to be primarily due to flavonoids, alkaloids and triterpenoid saponins.

These interesting-sounding constituents assist in energy, relaxation, sleep and excessive sweating, just to name a few. Below is the info you need on which does what and how you may find ziziphus helpful to your health.

Sleep. One of the most common uses of ziziphus both traditionally and today is as a sedative. Chinese practitioners recommended and documented its ability to “quiet the five viscera, making the body light”. Recent studies have agreed with this and it’s now found in many herbal sleeping preparations, both on its own and in combination. Interestingly, a study from Peking University in 2010 noted that the difference in its effect on sleep is dependent on the time of day or night it’s taken. They concluded that your body’s circadian rhythms have an effect on the increased level of REM or deep-state sleep you can gain from this herb. It concluded that whichever time it was taken by those suffering from insomnia, significant improvement was seen.

This and numerous other studies have isolated substances called jujubosides from ziziphus as being one of the most important reasons for this sleep-inducing effect. Jujubosides fall into the class of phytochemicals known as triterpenoid saponins. These substances are found in many adaptogenic herbs. Adaptogen herbs work primarily on your nervous system to assist your body to adapt to stressors of all kinds, including emotional, physical and environmental. Traditionally, ziziphus is not classed as an adaptogen but it is no surprise that its chemical constituents often fall into this category given its supportive effect on your nervous system.

Relaxation. Thanks to the jujubosides, ziziphus is also very useful to assist with relaxation. Taken in smaller doses, this herb can calm anxiety without creating sleepiness. This is perhaps what the ancient Chinese practitioners were referring to when they talking of its ability to “make the body light”.

Altitude sickness. Another benefit, most probably attributed to jujubosides, is assisting your body to cope with higher altitudes. Although this area has yet to be thoroughly researched, other herbs containing triterpenoid saponins, such as Siberian ginseng, are known to have this effect, so it would come as no surprise if this is the reason for ziziphus’s ability in this area.

Antioxidant. Due to this herb’s flavonoid content, it’s thought to have an antioxidant effect on your body. Antioxidants are responsible for mopping up free radicals, substances that age your cells and your body as a whole. Free radicals are produced when you are exposed to a bad diet, pollution or cigarette smoke, stress and just through day-to-day bodily processes. By reducing these substances, ziziphus is basically slowing the wear and tear on your cells. This is perhaps why it has been used traditionally for hundreds of years as a supplement for longevity.

Anti-inflammatory. Another type of triterpenoid saponin identified in ziziphus is one commonly found in olives: oleanolic acid. This substance is known to be anti-inflammatory and is possibly one of the reasons this herb has been traditionally used to treat aches and pains.

Lowering blood pressure. Ziziphus has the ability to reduce raised blood pressure. This relates to its alkaloid components. As with all herbal medicine, though, always speak to your healthcare professional before taking supplements, especially if you are already on medication.

Ziziphus is available as either the dried seed or as a fluid extract. The therapeutic dosage is between two and eight grams of seeds daily or between four and 18 millilitres of a 1:2 fluid extract. For a suitable dosage for you, it’s best to seek the advice of a health practitioner.

Rowena York is a Melbourne-based naturopath, herbalist and nutritionist with a particular interest in food as medicine. 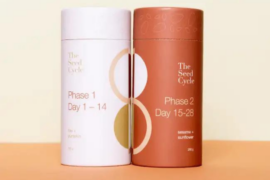 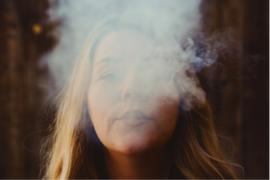