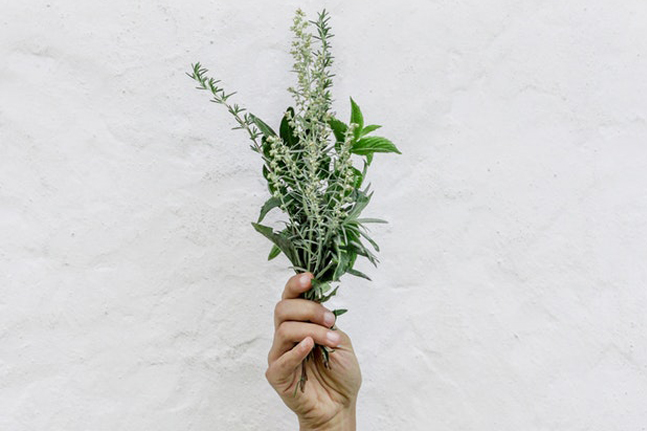 In Australia, we have more than 5000 species of edible native plants. However, if you asked the average Australian to name some, they may struggle to get past macadamia and lemon myrtle. In researching this article I have had the loveliest time learning the stories of some of our gorgeous natives. Like a proud mother hen, I’ve discovered their flavours, smells and nutritional benefits as well as enjoyed the value they have brought to my cooking.

So why aren’t these incredible plants, herbs and spices more integrated into our general food culture already? Issues such as access, cultural sensitivity and supply are all potential barriers, however with more and more chefs engaging local communities and embracing these fantastic native ingredients, it is only a matter of time before they become more than a tokenistic garnish, and are enthusiastically and wholly incorporated into our food system. Get ready to be dazzled, impressed and inspired by our edible natives as I take you through a few of my favourites.

Saltbush, also known as Purngep or Binga, is a gorgeous silvery grey-blue edible plant that has been appreciated in Indigenous culture for thousands of years. Traditionally, the ground seeds were added to damper and used in baking by some Indigenous groups, while the leaves were considered more medicinal and used in the treatment of sores, burns and wounds.

Our edible natives celebrate seasonality, respect our local environment and connect us with our land and food culture.

It is the leaves that have attracted the most attention from the culinary world of late, with their versatile application. Nutritionally, they are high in antioxidants as well as rich in calcium and protein, however the benefits don’t stop there.

Affectionately called “Old Man Saltbush” and thought to be strong and stoic like an old man, this native comes with an interesting tale. After European settlers cleared the land for farming, many of the plants that were integral in maintaining the water table balance were removed. Saltbush was one of these essential plants.

The removal of vegetation caused a rise in the salt levels of the soil, which not only killed the salt-sensitive plants but also affected drinking water, the habitat of animals and other natural ecosystems. Saltbush is, as its name suggests, tolerant of this high salinity soil, and thankfully adapted to the harsh climate and depleted soils. Interestingly, saltbush can also assist with the levels of salt as it uses moisture from deeper in the soil, therefore lowering the water table and stopping the upward movement of moisture. This causes the rain to leach salts into the soil, and makes the topsoil less saline and more able to support the salt-sensitive plants.

For this reason, some farmers are now strategically planting saltbush in some areas in an attempt to repair some of the damage done from the original clearing and farming.

Given that saltbush grows naturally, is long-lasting and survives all year round, it is a wonderful choice for culinary use, both in the restaurant scene and in home cooking. Though it can be foraged, it’s great to see groups, chefs and businesses engaging and consulting with the traditional owners of the land when collecting their cuttings. This is a movement that should be encouraged, given that the best knowledge and understanding of the native plants and soil comes from the Indigenous communities who are the traditional owners of the land. Over the next decade, commercialisation and the creation of supply chains will increase the availability of saltbush, and many native ingredients, allowing further access to the food industry.

Saltbush has a fantastic flavour — a slightly salty, almost seaweed-y personality that lends itself beautifully to sweet, buttery flavours like eggs, creamy sauces, root veggies and pumpkin, or even as a replacement of alternative to salt in some cases. It would make a beautiful dukkah addition, and I have also seen it used in Japanese-style dishes combined with miso.

Our next superstar is Kakadu plum, also called Gubinge. Indigenous Australians have used Kakadu plum both as a food and as a medicine for centuries. The tree is a gorgeous tall leafy variety where the tangy fruit drops to the ground when ripe, and that is how it is collected.

In Western Australia, both the fresh and dried fruit are used to make nourishing drinks. The fruit is used traditionally as a soothing balm in colds and flu, as well as for treating a headache.

Kakadu plum is celebrated as having the highest concentration of vitamin C of any fruit in the world.

Kakadu plum boasts an impressive collection of antioxidants, and is rich in vitamin C, ellagic acid and ellagitannins, known to support cardiovascular health. It is thought that the reason this little wonder fruit is so high in vitamin C is by way of a natural protective mechanism, to shield itself from damage from insects and the environment. All the better for us, as it means we can benefit from this Australian native that is celebrated as having the highest concentration of vitamin C of any fruit in the world!

The good news doesn’t stop there. Kakadu plum is also antibacterial and anti-inflammatory, with research to support its use in cancer prevention.

The antimicrobial nature also makes it a perfect choice as a preservative in food, with some companies already employing its talents for use in sauces, powders and even skincare products instead of using synthetic or less natural alternatives.

Wattleseed is another incredible native with myriad uses. Those perfect yellow puffball flowers and silvery grey leaves of our native wattle trees are just gorgeous — but have you ever tasted the seed? Happily, this rich and nutty flavoured native is popping up more frequently in the food scene in recipes, bakeries and even as an ice cream flavour. It is becoming more common to find the roasted and ground seeds for sale, which also work beautifully in biscuits, breads, cakes, desserts, pancake batter, casseroles and curries. I have even seen it used as a crust on steak.

It is becoming more common to find the roasted and ground wattleseeds for sale, which also work beautifully in biscuits, breads, cakes, desserts, pancake batter, casseroles and curries.

Because of its protein and carbohydrate quality and its ability to survive in harsh climates, wattleseed has been used by Indigenous Australians for thousands of years, often baked into breads and cakes. It is also rich in magnesium, zinc, calcium, iron and selenium. Given they are quite low cost to produce, and that wattles grow all over Australia, I think we will only be seeing more of our lovely wattleseed as its profile continues to grow.

Pepperberry is another underutilised native that is also referred to as Mountain Pepper, Tasmanian pepper or pepperleaf. As the name suggests, both the berries and leaves have a peppery, spicy nature to them and can be used as an alternative to other peppers. In fact, you may have seen pepperberry featuring among mixes of pink and traditional peppercorns. The flavour profile has been described as “the aroma of Australian bush scrub with perfumed, fruit lolly notes”. How gorgeous. This is exactly the kind of mental imagery that creates lasting food memories and has the potential to develop a real “taste of home”.

This is another nutrient-rich spice, containing high levels of antioxidants, along with vitamin E, zinc and magnesium. And the versatility is limited only to your imagination. Use the fresh herb as a garnish or in sauces, curries or chutneys. The dried leaf and berry are used in anything from sauces, cheeses, meat seasonings, baked goods, pasta, olive oil and even some confectionary.

With around 60 per cent of pepperberry production (and 20 per cent of leaf production) being exported to countries such as Germany, France and Switzerland, perhaps we can raise the profile of this beautiful cook’s companion and enjoy more of the taste and health benefits of this wonderful spice locally.

And finally, perhaps our Dame Edna of natives — Australia’s darling of edible plants is lemon myrtle. One of the most cultivated and well-known plants in the native food industry, lemon myrtle has a long history of use in Australia.

It holds the title for the highest amount of citral of any plant known in the world, which is most likely where it gets its “lemonier than a lemon” tag line.

Gorgeous as a tea, the leaves both fresh and dried are beautiful in baking, dressings and sauces, curries, pastas, desserts and ice creams. The essential oil of lemon myrtle is also popular for use with flavoured oils, liqueurs and many cosmetic products.

This is only the tip of the iceberg! We have a whole array of edible coastal succulents; eucalypts such as strawberry gum; fruit species such as finger limes, lemon aspen, quandong, davidson plum and bush tomatoes; and many more herbs and spices including anise myrtle and cinnamon myrtle. Our edible natives celebrate seasonality, respect our local environment and connect us with our land and food culture. They need less water and nutrients to grow than imported plants and have incredibly special flavours. It is a joy and a privilege to have access to many of them, and as this exposure increases, so does the chance of creating a food culture that is uniquely Australian.

This not-too-sweet tea cake has a decadent texture and highlights the citrusy punch of Kakadu plum. It is a nourishing snack full of wholefood ingredients, lots of protein and benefits from the boost of antioxidants and vitamin C from the Kakadu plum and the strawberries.

This recipe includes a lovely native mix that adds a unique flavour to tofu, which would work equally well with fish. Serve with sautéed greens, roasted veggies or your favourite grain.

Inspired by traditional Anzac biscuits, these are a lighter, less chewy delight that are packed with wholegrains and native wattleseed, which lends a richness and a little pop of texture to make you smile. 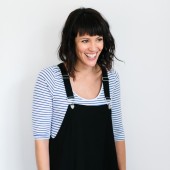 Meg Thompson is a practising naturopath, cook, mother, writer and passionate wholefood enthusiast based in Melbourne. Meg’s interest in health, food and the role of food as medicine has shaped her career and lifestyle. Following an early career in psychology and education, she completed studies in naturopathy, nutrition and herbal medicine and now runs a successful clinical practice. Meg works from a philosophy that food is much more than something to fill our bellies, but a source of nourishment, deliciousness, education, ritual and celebration, best shared with those we love.