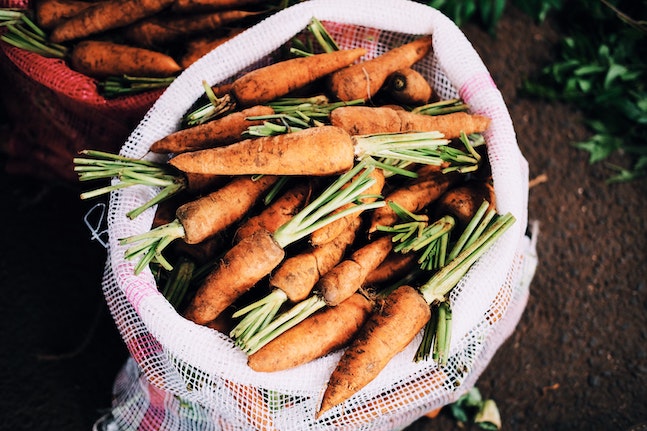 
With our world expanding by 82 million new individuals a year, we need to switch to a more equitable, healthier and sustainable diet for the planet and human health.

Move over the paleo, keto or lemon-detox diet. With civilisation in jeopardy due to human consumption, and the world’s population predicted to climb to 10 billion souls by 2050, scientists are urging us to eat not only for our own health, but for that of the planet.

In the EAT-Lancet Commission report published in January 2019, 37 scientists from varied disciplines and across 16 countries worked together to devise a healthy, global diet sustainable for the planet. Calling for a transformation in the way we produce and consume food in order to achieve the UN Sustainable Development Goals and the Paris Agreement, they warned, “Food systems have the potential to nurture human health and support environmental sustainability; however, they are currently threatening both.”

What’s wrong with our diet?

In the Anthropocene, the name given to our present era of Earth being influenced by human activity, it seems we’re literally eating the planet, and by proxy ourselves, to death. “Global food production is the largest pressure caused by humans on Earth, threatening local ecosystems and the stability of the Earth system,” the EAT-Lancet authors state.

“Food systems have the potential to nurture human health and support environmental sustainability; however, they are currently threatening both.”

Feeding the planet’s 7.7 billion citizens guzzles 70 per cent of the world’s fresh water and consumes nearly 40 per cent of all land, they note. Converting natural ecosystems to croplands and pastures is the biggest factor behind species extinction. Our oceans are also under pressure. Close to 90 per cent of the world’s fish stocks are fully exploited, depleted or overfished, according to Peter Thomson, the United Nations Secretary-General Special Envoy for the Ocean.

Simply feeding Earth’s denizens contributes significantly to greenhouse gas emissions, says Dr Sonia Nuttman, a lecturer and researcher in public health and sustainability at Deakin University. Food production causes up to 30 per cent of global greenhouse gases, according to the EAT-Lancet report. The main factor is “conventional” agriculture, Nuttman says. It drives deforestation, which contributes to roughly 10 per cent of human-caused carbon release. Other factors include the fossil fuels involved in processing, packaging, transporting and refrigerating food, and agrichemicals, she says.

Toxic agricultural chemicals, including pesticides, herbicides, fungicides and chemical fertilisers, additionally pollute ecosystems including waterways and are a major force behind biodiversity loss, including pollinators like bees.

Current agricultural practices and agrichemicals also deplete and upset soil health, Nuttman says. “From research, we know that biodiverse soils capture carbon and that carbon dioxide is released into the atmosphere from biodiversity loss.”

Our predilection for meat and dairy foods has literally reshaped the planet, displacing wildlife and their ecosystems. There are more cows, sheep and chickens on the planet than any other animals, with significant volumes of ecosystem-destroying monocrops grown to feed them.

Sharing similarities with the Mediterranean diet, the “planet-friendly” diet preferences unsaturated fats over saturated ones, and is low in sugar and refined grains.

Livestock contributes to about two-thirds of agriculture’s greenhouse gases, including 78 per cent of its methane emissions, according to the Food and Agricultural Organisation of the United Nations.

Prominent environmental activist and founder of Global Vegan Paul Mahony reveals that the livestock industry is the biggest reason for land clearing in Australia. The grazing of livestock consumes 54 per cent of land use in Australia, compared to about 4 per cent for crops.

A massive problem with modern food production is its inequity and inefficiency. Globally, 32 per cent of all food produced is either lost or wasted, according to Dr Steven Lapidge, CEO of the Fight Food Waste Cooperative Research Centre. Meanwhile, over 800 million people (one in nine) are food insecure, he says.

Within Australia, a mind-boggling 40 per cent of all food produced, worth $20 billion per annum, goes to waste. “The most significant food waste — over $10 billion worth — occurs at the household level,” Lapidge says. This is followed by wastage at the food service level. However, food waste/loss occurs across the entire food supply chain, from growing too much, drought and disease on farms, to food losses during the manufacturing and distribution process, he says. “Individuals also play a role in setting cosmetic standards at the farm gate, which often means food doesn’t even leave the farm. And environmentally, over 90 per cent of household food waste ends up rotting in landfill and emitting methane. In fact, food waste is the third biggest emitter of greenhouse gases globally.”

While most of us in affluent countries have enough food, many are consuming the wrong food. Such low-quality diets cause micronutrient deficiencies and contribute to an increasing incidence of diet-related obesity and disease, such as coronary heart disease, stroke, and diabetes, the EAT-Lancet authors report.

What is sustainably sourced food?

Australia’s First People show it’s possible to feed ourselves and stay healthy without destroying the environment.

“Sustainably sourced food is where considerations have been made from paddock to plate to ensure that there’s minimal impact on the environment,” Nuttman says. It includes agroecological practices such as permaculture, organic farming and biodynamic farming.

Your diet contributes more than anything else to your personal footprint on the planet.

While many of us are on board with such values it can still be hard to make the sustainable choice. Food policies and subsidies favour large holdings with the financial might to undercut small farms, influence research and government policy and sway consumer choice with advertising and convenience. While greater support for sustainable initiatives needs to happen at government level, as individual consumers we can use our collective might.

The EAT-Lancet Commission’s scientifically determined parameters for saving the planet mean that eating from sustainable sources is imperative.

Ideally, our diet should supply appropriate kilojoule intake for our energy needs from a diverse, plant-rich diet. Either no meat or small amounts of dairy, chicken, fish and meat is permitted — but no more than 14 grams of red meat a day, the equivalent of a steak once a month. Sharing similarities with the Mediterranean diet, the “planet-friendly” diet preferences unsaturated fats over saturated ones, and is low in sugar and refined grains.

Leading the way, Canada’s government has incorporated these concepts into its public nutrition guidelines. The new 2019 “Canada’s Food Guide” website, which significantly excludes input from the food industry, recommends that people consume a diet that is 50 per cent fruit and veg, one quarter wholegrain carbs and another quarter protein foods including plant-based ones like nuts, lentils and tofu.

Eating for the planet

Your diet contributes more than anything else to your personal footprint on the planet, according to University of Queensland researchers. Here’s how you can reduce your impact and still enjoy healthy, delicious fare.

The distance food travels to get to your table (called food miles) is a significant contributor to greenhouse gas emissions, Nuttman says. Reduce food miles by purchasing from suppliers that stock locally produced food and buy direct off the farmer. “Farmers’ markets make it more accessible for households to purchase food from farmers,” Nuttman says. “You are also supporting small-scale farming communities rather than food brought in from other states or flown or shipped internationally.”

“A lot of out-of-season produce is flown in internationally,” Nuttman says. “That’s really carbon-intense.” Off-season foods usually have to be stored in big refrigeration containers and lose nutrition, she says. Check out seasonalfoodguide.com for what’s in season in your state.

“This is a great way to eat more sustainably, learn about the seasons, and get that reconnection back to the earth,” Nuttman says. “Plus, home-grown food tastes much better, it’s fresh and more nutrient-dense.” You can also pick only what you need, sparing waste, she adds. “Joining a community garden is another option, especially for households with limited space to grow their own. There are also social benefits where you get to meet like-minded people and share tips and ideas.”

Yet another old-fashioned, social way to source local, home-grown food is by bartering with the neighbourhood. To find others interested in food swapping, join Crop Swap Australia or Local Harvest. Such sites are also a wonderful resource of sustainable gardening tips.

Nuttman recommends having a weekly food plan, then just shopping for that week from your list. “Shopping when you’re hungry or ad hoc means you tend to purchase food you don’t use,” she says.

Due to the high cost of certification, not everyone who grows without pesticides is certified. Nuttman suggests talking to farmers about how they grow their food.

Research into the carbon footprint of 168 foods by RMIT University, Melbourne, found red meat by far the most emission-intense, and field-grown vegetables, fruit, cereals and pulses (except rice), the least. For example, 5.8 kilograms of onions or a kilo of lentils produces the same amount of greenhouse gas as 44 grams of beef.

“What you put on your plate makes a difference,” Nuttman says. “If you include more plant-based foods and legumes [for protein] into each meal you will be eating more sustainably. Australians are already below the national dietary guidelines for vegetable consumption, so this is a win–win for your health and the planet.”

Eat more raw food and forage bush food to reduce your emissions. “Eating foods in their whole state rather than processed is also the way to go,” Nuttman says. She uses the example of broccoli processed into chips as an example. “Compared to eating broccoli in its natural form, it uses lots of energy, not to mention the nutrient loss, where it then often has to be fortified.”

According to , founder of the Plastic Free July Foundation, it’s best to avoid packaging at the source, given only 9 per cent of all plastic on the planet is recycled. “All those properties that make it valuable – the fact it’s cheap, lightweight and durable – makes it easy to escape from our waste management systems into the environment. It’s a material designed to last forever and doesn’t break down like organic material. It breaks into smaller and smaller pieces. The impacts on wildlife are primarily through entanglement and when they ingest it. The plastic tends to act like a sponge and absorbs chemicals and they get concentrated up the food chain.”

Choose unpackaged produce (from bulk suppliers), use reusable bags, make your own cleaning products, and take your own coffee cup and reusable water bottle, she suggests.

The average Australian throws out around $3000 worth of food each year. “Food is wasted at the household level due to purchasing too much, incorrect storage, cooking too much (and not eating leftovers), being overly cautious about food safety (often due to misleading date labels), and not valuing food as we did in the past due to it being much cheaper these days,” Lapidge says.

Recycling is another way to avoid food waste and your own personal contribution to landfill, Nuttman says. Set up a compost bin and recycle waste from peelings and unused food back into your garden. 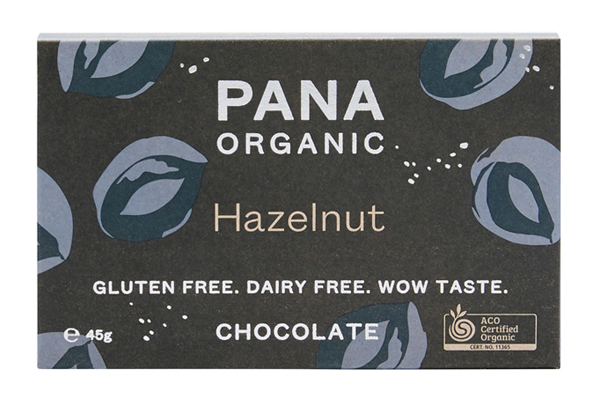 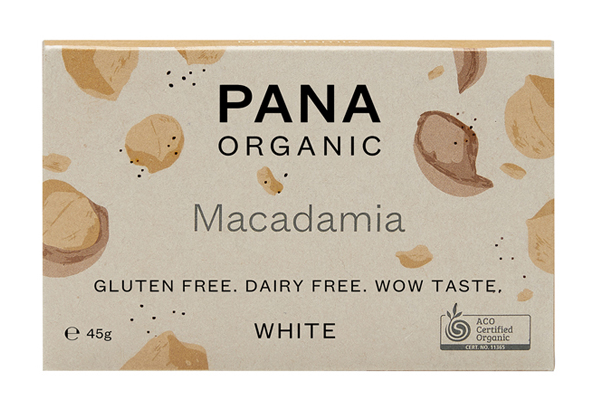