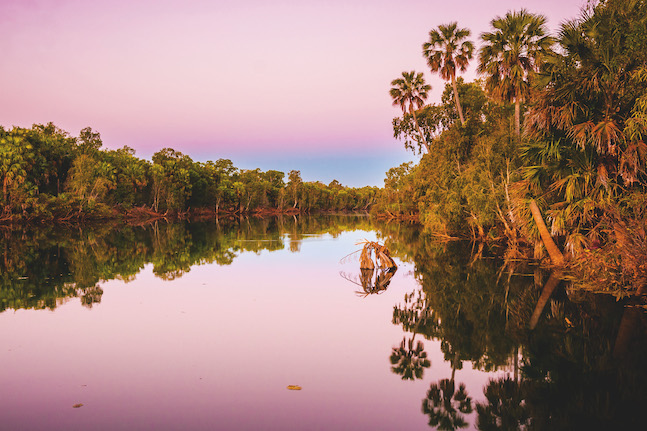 
At first light I’m out the door, rugged up against the tropical winter chill with a towel flung over my shoulder and goggles dangling from my wrist. Within minutes I’m at the water’s edge, unpeeling layers beneath towering fan palms and sliding into the steaming translucent flow of Bitter Springs.

My oh-so-dreamy drift dive begins. I lift my feet and float silently, staring up into a dazzling canopy of lime-green palms and watching rainbow bee-eaters hunting on the wing. I slip on my goggles and duck-dive through thermal bubble trails rising from the deep, spooking wide-eyed freshwater turtles and schools of tiny fish with my wayward kicks.

I lift my feet and float silently, staring up into a dazzling canopy of lime-green palms and watching rainbow bee-eaters hunting on the wing.

The 6am solitude is heavenly enough, but it’s the water — warm, soothing and mineral-rich — that unwinds me to my core, stealing away a hundred bustling thoughts and sending me floating gently downstream in its current.

In this distinctly tropical scene, Bitter Springs works its magic, and I’m so utterly absorbed by the tranquillity that only when I bump softly into the pandanus fronds at the pool’s end do I suddenly return to the moment.

I’m faced with a dilemma of sorts at the end of this ride: do I jump out and brave the cold in nothing but my swimmers, or do I stay warm and try to kick my way upstream? As it turns out the water won’t release me anyway, so I put my deeply relaxed muscles to the test and swim slowly upstream to start the whole, glorious experience again.

Only a rumbling stomach and the arrival of a jovial backpacker crowd lures me out of Bitter Springs, but within the hour I’m wet again, simmering a short distance away in Mataranka Homestead’s shimmering emerald pools.

Here, Rainbow Springs bubbles to the surface at a red-hot 34ºC, while downstream on the Waterhouse River freshwater crocodiles bask on sunny logs. I find a spot halfway between the two, perched on a rocky ledge beneath the world’s largest stand of Livistona rigida fan palms and a whole lot of little red flying foxes, flapping restlessly in the mid-morning sun.

Inertia immediately kicks in and I drift for hours in some kind of stupor, watching other travellers come and go but never actually getting out myself because I’m not sure that my legs work any more. The hot springs are some kind of heaven, so I bob around and make a mental list of the things I might do tomorrow.

Mataranka may be just a tiny blip on the map, but there’s an awful lot to do in this popular tropical hub. Elsey National Park protects a picturesque chunk of the town that flanks the mighty Roper River, at the headwaters of its 1000-kilometre-long journey to the sea.

Within the national park, the Roper’s riverbanks are carved with scenic walking trails and clearings where remnant pioneer-era relics remain, while the viridescent flow itself harbours secret barramundi fishing holes and remarkable tufa falls. I linger at dusk on its banks, watching Mataranka’s vast colony of little red flying foxes abandon their treetop roosts and depart en masse in one staggering overhead stream.

I’ve been told that they can number up to 250,000, and that when they swoop down to the river to drink, freshwater crocodiles lie in wait to snap them up. Thankfully, no such carnage takes place at this sunset. When the light finally fades, I head back to join the crowd gathered at Little Roper Stock Camp for a starry night feast and a show that’s more than just a little bit country.

When I take my place at the lamp-lit table, Des Barritt is already on the microphone, spinning yarns about how the north was settled, about cattle and kin and the “Never Never Country” he calls home. In between Slim Dusty tunes and country ballads, he tells our little band of out-of-towners how Indigenous ringers taught him to ride a horse and wrangle cattle and turned him from a teacher into a stockman on Roper Valley Station.

Today, surrounded by three-and-a-half hectares of bush and the buffalo and bulls that he calls pets, Des and wife Telka run an authentic little stock camp that’s popular in these parts because it’s laid-back and fun and has lots to do.

I lift my feet and float silently, staring up into a dazzling canopy of lime-green palms and watching rainbow bee-eaters hunting on the wing.

Des leads us all to the stockyard rails and introduces his “pets” in between courses of homemade pumpkin soup and soft, buttery damper, then opens up the camp ovens and explains how to cook them. There are all kinds of slow roasted meats and baked vegetables, Des’s cauliflower cheese and deliciously carb-packed desserts to follow.

The feast is fantastic (even without sampling the pots of livestock), and though Des likes to joke that his dinner’s worth $49.90 and the show 10 cents, his larrikin-style storytelling goes down pretty well with this gathering of city slickers.

The son of an Northern Territory magistrate whose 1981 coronial inquest controversially cleared Lindy Chamberlain of murdering her baby daughter Azaria at Uluru (then known as Ayers Rock), Des is a Territorian through and through with a soft spot for kids (including his too-cute-for-words toddler, Darcy). At Little Roper Stock Camp, the visiting city kids go wild — feeding the bulls and jumping off hay bales — and Des loves it, having spent much of his life on Indigenous communities where one big, chaotic classroom and a swag of kids was the norm.

“I’d live in a swag the whole week; sometimes there’s be just me and 45 kids and to be honest, they would have learned bugger all,” says Des. “Cos I’d been a ringer, I used to smoke and I’d go into the school room, I’d take out a tin of Log Cabin, and I’d throw it on the table and all me kids would roll a smoke, that’s how we’d start our lesson. We’d all have a smoke together and they didn’t even know the alphabet”.

A couple of decades later while wrangling kids as principal at Jilkminggan, an Indigenous community outside of Mataranka, Des met wife Telka and kick-started the dream to turn three-and-a-half abandoned hectares on the edge of Elsey National Park into Little Roper Stock Camp. Today, the camp is an unequivocal success, but Des and Telka aren’t cashing in. They still won’t charge for kids to stay, endearing them to family travellers all over the Territory.

I go to sleep to the sound of whips cracking from the nightly show at neighbouring Mataranka Homestead and, when I wake, the campfire is already aglow and there’s billy tea on the brew. A dozen loaves of freshly baked bread are cooling on racks and Des is frying johnnycakes and delicious scones called puftaloons for a gold coin donation.

While mums and dads chat over tea, a bunch of kids take turns curling a python round their necks and stroking a blue-tongue lizard around the campfire. It’s all a little bit surreal but the johnnycakes are delicious, lathered with butter and raspberry jam and washed down with real bush tea.

I pour another mug and sit back, swapping tales and gleaning tips from all kinds of travellers that I’d never usually meet. It’s a great leveller, this campfire breakfast, and by the time my johnnycake is gone so is the best part of the morning.

A network of walking trails follows the Roper’s sandy riverbanks, the best venturing downstream to a scenic spot beneath Mataranka Falls that Indigenous Mangarrayi and Yangman people call Korowan. Four kilometres away, this natural rock tier covered with limey tufa snags the Roper River, sending it tumbling in a flurry of white water to fill swirling, jade-coloured spas.

I cool my heels beneath the paperbarks but refrain from taking a dip (there are both kinds of crocodiles this far up the Roper River). Instead, I sit quietly in the cool breeze, and afterwards beat a path back to the springs. Though I could do with a cool shower, the springs are strangely refreshing too.

I slide on into a sea of grey nomads buoyed by brightly coloured noodles, debating Mataranka’s best barramundi holes and sharing favourite free camps on the road south to Alice Springs. Their chatty conversations bounce around the close confines of the springs, and though it’s convivial I escape it all underwater.

Early the next morning I’m back at Bitter Springs, floating alone at first light and loving it. It feels wild, this pandanus-fringed waterway, with its strange tendrils of algae swaying in the current and birdsong ringing out overhead. It may just be the most beautiful place I’ve ever discovered in Australia’s Top End and, at 6am, when it’s just me and the birds, it really is some kind of bliss.

We of the Never Never

Read the book: Penned by Mataranka’s first female white settler, We of the Never Never tells the story of author Jeannie Gunn’s life on Elsey Station in 1902. Gunn is said to have based her characters on real-life station workers and Mataranka locals, many of whom now rest at Elsey Cemetery, 21km south of Mataranka.

Watch the film: The book’s 1982 film adaptation plays daily at Mataranka Homestead. Nearby, you can wander through a replica of Elsey’s original homestead which was built for the film.

3 Feast at Little Roper’s Saturday night stock camp dinner (even if you don’t spend the night.

Visit the Top End over the mild, dry winter months from May to September.

Great for adventurous souls, a moonlight swag at Little Roper Stock Camp offers a slice of the simple life with starry night views ($35/single, $50/double). If that’s not you, Bitter Springs Cabins is located within walking distance of the springs (from $130/night). The best luxury stay in the region is at Cicada Lodge in Nitmiluk Gorge, an hour’s drive from Mataranka (from $616/person/night, breakfast included).

Mataranka’s Never Never Festival in May. 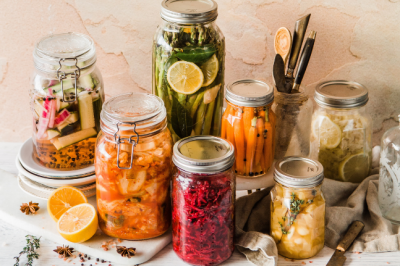 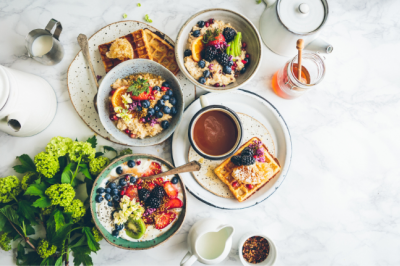 Is breakfast really the most important meal of the day? We take a look at the science

As science catches up with homespun wisdom, we are finding that breakfast genuinely is the most important meal of the... 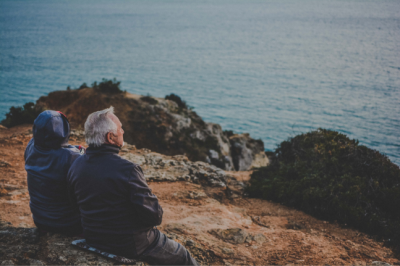 Is this molecule the secret to a longer, healthier life?

NAD+ sits at the epicentre of energy production, DNA repair and the restriction of free radicals. Boosting it could be... 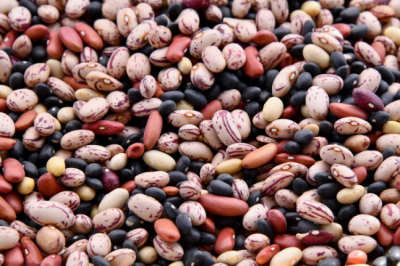 For the love of legumes: Everything you need to know about the plant-based powerhouses