Break-ups: Helping a friend through the break-up blues 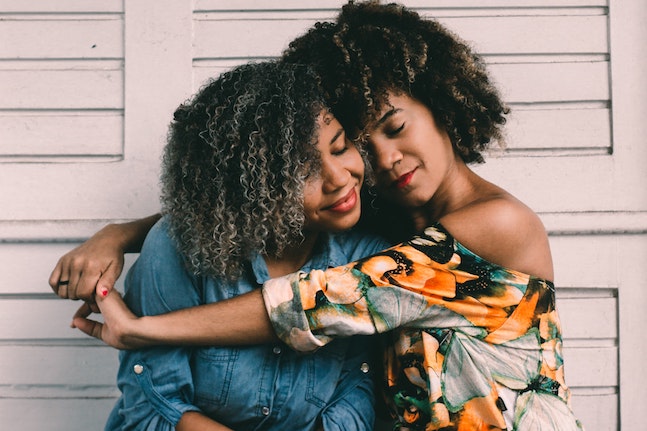 
A relationship break-up can require a lot of support, with friends often the first people involved in the healing process. Read some of the ways you can help a friend through a split.

In situations where you can be at a loss for what to say, the most important thing is to simply listen. Rather than rushing in with your opinion and advice, listen to what your friend is saying without judgement.

When her boyfriend of six years called time on their relationship, despite it being a fairly amicable split, Elise Baldwin struggled to find the words for what she was feeling. “Especially the guilt and shame about being dumped — that was really hard to talk about,” she says.

Fortunately, Baldwin received lots of support from her friends and family, but that’s not always the case. Dean Talbot was also in a six-year relationship; however, he was the one who broke it off. He shared many mutual friends with his ex-girlfriend Anna and says he didn’t receive much support when the relationship ended.

“I was distraught, confused and maybe a little numb,” Talbot says. “I still loved Anna but as a close friend, not a romantic lover. I didn’t want to hurt her but knew that I had to for my own happiness, so I ended the relationship like I was tearing off a Band-Aid. Most of our friends either took a neutral stance, not wanting to get involved, or thought I was a bit of a jerk for breaking up with her so suddenly.”

It’s not uncommon for the person who ends the relationship to receive less support, especially when the couple share friends. However, psychologist Donna Cameron says that both parties experience grief and loss, regardless of who ended things.

Alcohol isn’t the magic fix (nor is Tinder)

In Cameron’s clinic, many clients going through break-ups have told her that their friends have recommended sleeping with someone else to get over it. “Seriously, have we not moved past this yet?” asks Cameron. “Are we still thinking that a random fling with a stranger will fix the grief and loss process? We have to start learning more about our emotions and the role they play in our health and wellbeing. I can promise you emotions are here to stay, and they do not like being blocked or ignored.”

Alcohol is also commonly used as a short-term block to the grieving process. Although these days we have a better understanding of the impact alcohol can have on mental health (such as increasing anxiety), a night on the tiles is still often recommended as a way to deal with heartbreak.

“I’m sure these friends had the best intentions, but recommending me to go out and get drunk is a terrible idea when you’re newly broken up, not fully in control of your emotions yet and liable to make some pretty iffy decisions,” says Baldwin.

Aged 29 when her relationship ended, Baldwin received comments from well-meaning friends that focused on her age. “Being told things like ‘You’re so young’ and ‘You have your whole life ahead of you’ … both are true but are also quite dismissive of the way I felt and my immediate pain and grief,” she says.

These remarks can also make your friend feel as if they need to move on before they’re ready to. “Do not say ‘You can do better’ or any comment that is trying to push your friend into the future too quickly,” advises Cameron.

Another way you can unintentionally minimise your friend’s feelings is to focus on how much worse things could have been. “Comments along the lines of ‘At least you weren’t married/don’t have kids/don’t have a mortgage’, although true, are quite insensitive,” says Baldwin. “And when you’re in the middle of a break-up you’re never going to have the headspace to appreciate these facts as you’re too emotional anyway.”

Talbot’s relationship with Belinda was very different to his previous relationship with Anna. Not only was he now the one being broken up with, they didn’t have many shared friends — in fact, she didn’t like his friends and the feeling was mutual. “Lots of friends, mostly male but some female, tried to help by saying they never felt she was right for me,” he says. “This didn’t help at all. It felt like they didn’t understand me and I felt more alone than ever.”

Be mindful of how you speak about their ex

Perhaps you never liked your friend’s ex-partner and you now have the perfect opportunity to share all your misgivings. You could be seething at how much hurt they’ve caused your buddy, or be tempted to join in by disparaging this person (who you may have never had a problem with until now!).

“Don’t trash the ex,” says Baldwin. “You don’t know what’s happened behind closed doors, and it also doesn’t matter; what matters is supporting your friend.”

Speaking badly of your friend’s ex can come back to bite you, warns Cameron. “Your friend might be having a moment when they miss their ex, and hearing your negative comment at the wrong time is more than likely going to mean the anger reaction from them will be aimed at you!”

Things could also get very awkward if the couple gets back together, as your friend will remember all the negative things you said about their loved one. They may then pull away from your friendship to avoid your judgement and disapproval. While holding your tongue is advisable, you can validate back to them comments they say about their ex so they feel heard and understood.

In situations where you can be at a loss for what to say, the most important thing is to simply listen. Rather than rushing in with your opinion and advice, listen to what your friend is saying without judgement.

“Let them go through the emotions that their bodies need to process and don’t rush them with your own desire to fix the problem,” says Cameron. “The details of who did what or who left who really are irrelevant for this initial stage of grief. We need to let our friend release the emotions, and we do this by listening, letting them vent without putting our two cents in and by validating their right to feel these emotions.”

Baldwin agrees that having people she could talk to, especially those who had been in similar situations, helped her get through her break-up. “Just having someone there as a sounding board so I could be angry or upset for a while and let it out was really helpful,” she says.

While he didn’t feel as if his mates were there for him after his relationship break-ups, Talbot recalls the support he received from one friend. “All she did was give me a platform to talk my problems out,” says Talbot. “She let me vent, heard what I was saying and gave me sympathy. By vocalising what was happening in my head I got to understand what I was feeling. I was able to forgive myself for what I did to Anna and I found a bit more inner strength to get over Belinda.”

In his early 40s, Talbot thinks it’s much more difficult for men his age and upbringing to discuss their emotions and support each other through turmoil. “I’ve always wanted to be ‘the strong, silent type’ because that was what I looked up to,” he says.

“This meant that to some extent I suppressed every strong emotion I had. I’m definitely getting better. Over the past few months I’ve probably cried more than I have through the 41 years which preceded them. My emotions are much closer to the surface, which lets me actually understand and experience them.”

Now that he is more in touch with his emotions, Talbot is also able to better understand others who are going through tough times. When helping friends with their break-ups, he makes a conscious effort to be there for them. “To reflect the behaviour of my friend when Belinda broke up with me — to listen, hear and sympathise,” he says.

Spend time with them

These days our friendships often play out online or by phone, with less face-to-face contact. Yet spending time with your friend is not only helpful for getting them through their break-up, it’s also important in strengthening your connection to each other.

“I had one client cancel her session with me once because she had to drag her friend away from social media (code for stalking her ex and waiting for him to text) to help her get through a break-up,” says Cameron.

“She packed her some clothes, got her favourite foods and drove her up the mountain to stay in an Airbnb where there happened to be no phone reception or internet access! She just sat with her and let her cry, ate junk food and watched meaningless TV. The next week she brought her friend in with her for a counselling session so I could talk to her about some strategies to help her through this hard time. This is a great friend!”

When choosing where to take your friend, consider how private it is. If your friend is on the verge of tears and in need of a big cry, a crowded location where you’re surrounded by people (such as a shopping centre or music festival) isn’t ideal. On the other hand, a walk in nature or even a cathartic cry during a sad movie at the cinema can be good places to release these emotions.

And don’t overlook the benefits of exercise — get those endorphins flowing by working out together. Meet each other at the local pool for some laps, go for a run together, a rock climb or a bike ride. Boxing classes can be the perfect release for built-up tension, and check out if you have a “smash/break room” nearby, such as The Break Room in Collingwood, Melbourne, to let off steam.

While the first two weeks following a break-up can be the toughest, this can also be the time in which the person receives the most support. While how long they will take to process the break-up varies from person to person, be mindful that your friend may still be going through a hard time even if you think “enough” time has passed.

If your friend has become withdrawn, send them a message to check that they are OK. “People don’t often turn their phones off any more, so it’s fair to say that your friend will see your messages and attempts to reach out,” says Cameron. “Just knowing that somebody is caring about them might be enough for them at that point in time.” Different people often need different things, so go with your gut feelings and never be sorry for checking on someone you’re worried about.

Make sure you’re taking care of yourself as well and don’t hesitate to respectfully recommend your friend gets professional help or reach out on their behalf if they are really struggling. 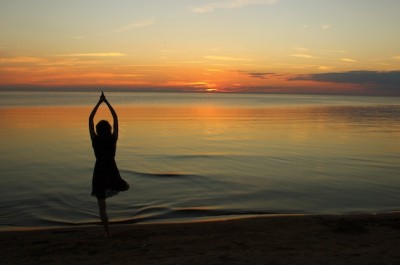 Yoga for a broken heart

Have you felt those earth-shattering, spirit-crushing days of heartbreak? Here's some help for you, through yoga. 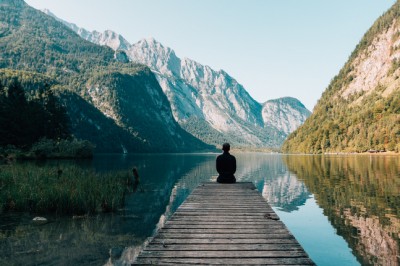 Yoga for healing from trauma

There is often some form of healing experienced when people practise yoga, which Tristan Rose, the founder of Blind Tiger... 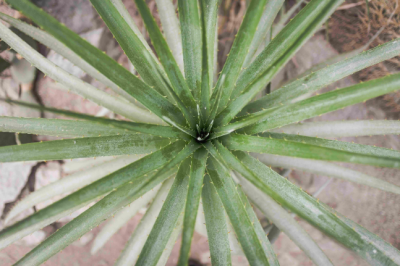 Discover the many uses of aloe vera

Aloe vera has an incredible 200 biologically active substances in the gel of its leaves, making it useful for everything...