Is it time to reflect on your values? 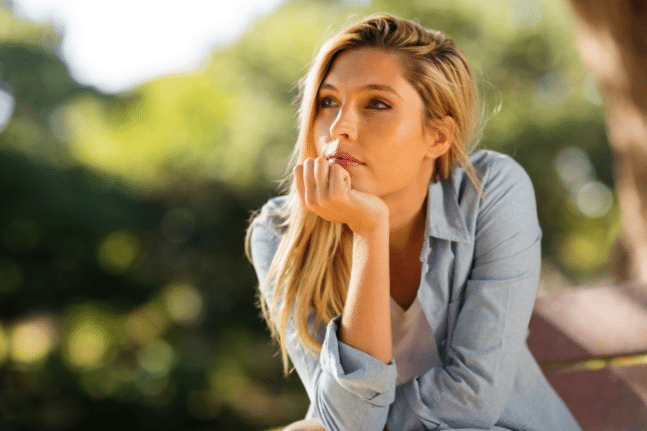 
Your conscience is about your values. Your moral sense of what is right and wrong. When we look at the conflict in the world around us, it’s easy to see how perhaps amid the negativity and turmoil there is a lack of conscience. What does this mean though at an individual level? Have even the best of us become jaded in some way and compromised our values? What are the values we were taught as children? What are the values we decided to adopt for ourselves? How much time do we spend reflecting on them?

A wise man once told me he had only one boss – ever. Now that’s a good way to get someone’s attention. He was lecturing to a full room of about 400 people at the University of Melbourne. He was my spiritual teacher Swami Chinmayananda of Chinmaya Mission. He said that he only had one boss – God – and right action was translated to him through his conscience. Now, this is not a blog on religion and no one is saying that you must believe in a god of any sort, but within us all there is something that we all answer to in some way. There is something that keeps us awake at night when we think we should not have said this and that to our friend or perhaps not have taken a certain action. This is called a conscience, and it developed from your notions of right and wrong. I thought Swami’s words made sense so I decided to try identifying and listening to my own conscience. Over the years, my life has become easier and lighter because of it.

So who do you answer to? Who are your personal managers? Many of us have many bosses: the boss at work, our partner, our children or the voice of a parent in our heads. What does the voice in your head, your conscience, tell you?

There is something that keeps us awake at night when we think we should not have said this and that to our friend or perhaps not have taken a certain action. This is called a conscience.

We can all be shocked to read about the man who mowed his car into a group of people in Melbourne the other week, and we can wonder how he could have done such a horrible thing. What was in his mind? Where was his conscience when he did that and does he even really regret it? There are many examples I could quote round the world of persecution and death of innocent people due to other people’s pursuit of power, fame, greed etc. What happens when we bring this closer to Home, though? Is there anything you did yesterday which goes against your grain of what is morally correct? What are your values? What do you believe is right and wrong and why?

Melanie told me this story once about her partner giving away her son Tony’s toys. Tony was about six years old and they had dinner guests at the time. The other couple did not have their kids with them but, when they saw Tony’s wooden puzzle, his favourite, they said that Warren, their son, would love something like that and asked where Mel got it. Mel had bought it overseas and didn’t know if they could get one exactly like that in Australia. (This was back in the days before everything was available on the ‘net.) Warren’s dad said, never mind, they would look for it anyway. At that point Victor, Mel’s partner, instantly said to please keep the wooden puzzle as Tony didn’t really need it anymore and Warren would have great fun with it. In fact, Victor insisted they take it. Mel said at this point her jaw dropped. She said nothing, but it was Tony’s favourite toy.

What appeared as an act of kindness from Victor didn’t take Tony’s feelings into account at all. Powerless, because she didn’t want to offend anyone, Mel told me that she watched Victor hand the wooden puzzle to their friends. They left with it that night.

Was this an invasion of Tony’s boundaries? Victor had given away Tony’s favourite toy and Tony was upset when he later found out. Victor tried to gloss it over by saying he would get him another one, but he never did. Mel’s simple story comes down to a question of conscience and values. Victor’s simple act of giving away something he did not own still lives on vividly in Mel’s mind today. Her son Tony forgot about it long ago but on Mel it left its mark.

It’s important to look at the actions we take, why we take them and the ultimate outcome. Are we invading other people’s boundaries? Are we taking other people for granted? Is there a lack of respect, compassion, insight into other people’s trials and tribulations? What about how we are respecting ourselves? What does your conscience say? What keeps you awake at night, and what do you need to do to get it sorted?

It’s worth a few minutes of reflection.