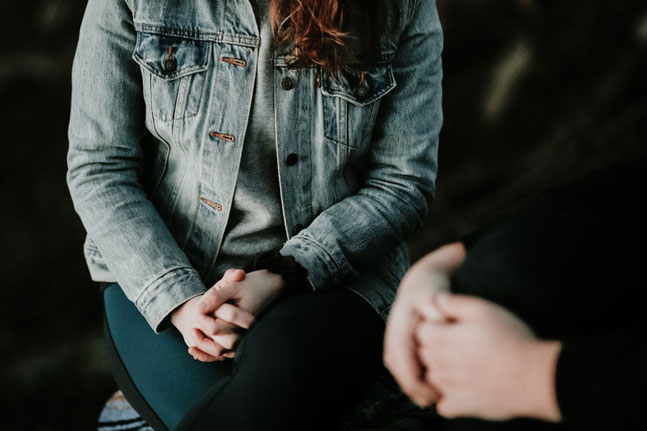 Self-reliance is a desirable personal trait in most developed countries around the world: the self-made (wo)man; pulling yourself up by your bootstraps; Bear Grylls battling alone in the wilderness. The Western psyche is teeming with ideas and ideals —  both unconscious and overt —  that celebrate those who go it alone, reject assistance and single-handedly conquer, overcome and succeed.

But does this idea go too far? What damage is it doing to society and your own wellbeing when you prioritise self-sufficiency over seeking support?

The concept of mastering one’s own destiny was encapsulated (and perhaps bolstered) by the 1841 essay Self-Reliance by American philosopher Ralph Waldo Emerson. In it, Emerson openly rebukes the wealthy city men who expect their careers to be handed to them on a platter and praises the “sturdy lad from New Hampshire or Vermont, who in turn tries all the professions, who teams it, farms it, peddles, keeps a school, preaches, edits a newspaper, goes to Congress, buys a township, and so forth, in successive years, and always, like a cat, falls on his feet”.

Help must be seen for what it is: a natural birthright and your greatest responsibility to one another.

From here, the concept of self-reliance cemented itself as a sacred founding principle in the United States, particularly among conservatives. As capitalism took hold across the developed world, the fear of being seen as “in need”, “unproductive” or a “burden” became increasingly entrenched in the common psyche.

However, as honourable as the idea of self-sufficiency is — and as desirable as it may be when compared to complete dependency — it seems the concept has drifted towards the extreme.

In idolising the concept of “going it alone” in life, you appear to be demonising the very traits that underpin society and your personal wellbeing: vulnerability, compassion and common need.

I was seven years old when my father left  my mother, my two brothers, aged four and 10, and me. I was too young to fully appreciate the gravity of the situation but I was astute enough to know some things.

Firstly, my father had completely abandoned all responsibility of his household, wife and family and fled the country to avoid the obligatory childcare payments. Secondly, my mother was relatively unskilled and poorly educated (having married and fallen pregnant at the age of 16) and had no immediate family in our hometown. Lastly, as hardworking and tenacious as she was, I was aware that my mother was forced to juggle any prospective employment with the incredible demands of three school-age children.

I remember my mother’s distress one night as she scoured the house to find some money, any money, with which to buy us dinner. Her search revealed one single cent. I vividly recall the day the bank placed a “For Sale” sign on our front lawn to advertise the mortgagee auction that would render us homeless and my mother defiantly ordering my older brother to remove it immediately and hide it in our garden shed. I remember the potted plant we optimistically repurposed as a Christmas tree by regaling it with ragged tinsel and mismatched baubles; and I can still recall the night the “repo man” came to repossess our beloved colour television.

Offering and receiving help is the cornerstone of both personal well-being and a well-functioning society.

Philosophers have long contemplated why we, as a species, chose to live in communities. Why form social groups when we can easily sustain ourselves alone? Philosopher Martha Nussbaum maintains that we form communities because of a desire to live “with and toward others, with both benevolence and justice”. In other words, she says, we simply cannot imagine flourishing as individuals without supporting each other through life’s troubles.

Kimberley Brownlee of the University of Warwick in the UK agrees with this assessment and believes our need to be there for each other — what she terms “supportive social contact, interaction and inclusion” — is so vital to our personal wellbeing that it should be deemed a basic human right.

Interestingly, these philosophical views are backed up by anthropologists who suggest that one of the main reasons humans have flourished on this planet is because of our cooperative behaviours: our ability to help, support and share new knowledge with one another.

In recent generations, as social structures have changed and the obsession with self-reliance has deepened, we have lost sight of these vital human qualities. We have become infatuated with the concept of a society built on individualism and self-sufficiency and turned our backs on the idea of communities formed on mutual need and support.

In an experiment by psychologist Stanley Milgram, university students were so afraid to ask for a seat on the subway that they felt physically unwell. In a UK study, two-thirds of high school maths students revealed they would rather struggle alone than ask for help from teachers, friends or family.

Revealingly, most of these students believed they should already have the answers. An Australian survey found that 40 per cent of new mothers feel pressured to always appear happy and in control, while a large majority of these same mothers admitted to privately feeling unsure, overwhelmed and isolated.

In developed nations, in particular, we have come to view vulnerability and help-seeking as weaknesses. We have come to regard self-sufficiency as the single greatest factor of success. And we have forgotten that the human experience is often defined not by how hard someone persevered and toiled but by their personal luck or providence.

I remember other things, too.

I remember the welfare payments starting, the generous policy of the New Zealand government, and our joy at being able to fill our kitchen cupboards again. I remember the neighbours who came to help and lighten my mother’s overwhelming workload. I remember the pastor of the local church discussing with my mother how to renegotiate her mortgage, write a good résumé and find peace with the actions of my father.

I remember school holidays spent with grandparents, aunts and family friends while my mother worked two jobs to keep her family fed and safe. I remember the repo man sitting with my brothers and me before taking the television so that we could watch CHiPs in full colour one final time. I remember my mother’s panic when my brother was hit by a car and, I now acknowledge as an adult, the incredible gift of public healthcare that ensured my impoverished mother did not have to pay a single dollar towards his hospitalisation and recuperation.

Needing help is not a weakness; it is an inevitable by-product of a fickle human existence and offering and receiving help is the cornerstone of both personal wellbeing and a well-functioning society.

However, in our reverence for self-reliance, it seems we have come to ignore the courage and resilience of those who speak up when they are vulnerable. We have learned to belittle those who have the humility to ask for help and, vitally, we have begun to overlook the incredible benefits of seeking assistance, support and co-operation:

At work: Studies show that seeking the help of a mentor can enhance your career. In fact, one meta-analysis published in the Journal of Applied Psychology found that mentored individuals are not only more likely to feel more confident and enthusiastic about their career, they also tend to earn more than their non-mentored peers and benefit more often from opportunities for advancement.

At school: Students who ask for help perform better academically than their non-willing peers and eventually become better problem solvers and more autonomous learners. Studies show that asking for help is a vital component of self-regulated learning — students who perform well are often those who have the awareness to notice a lack of progress and the willingness to seek clarification and support.

With addiction and delinquency: Youths who receive early help for substance abuse or behavioural issues show more positive results than those who do not. Interestingly, meta-analysis revealed that the more support the youths received at this early stage (multiple sessions rather than single interventions; individual rather than group sessions), the more positive the long-term results.

For wellbeing: People with greater social connection (ie have people they can confide in and lean on for support) are less likely to suffer from depression and anxiety, have stronger immunity to disease and live longer. In addition, and perhaps unsurprisingly, research done at the Greater Good Science Center in California has revealed that the happiest people in our community tend to be those who freely ask for help and offer it generously to others.

The late puppeteer and television personality Fred Rogers recalled, “When I was a boy and I would see scary things in the news, my mother would say to me, ‘Look for the helpers. You will always find people who are helping.’”

Of course, it is one thing to understand the benefits of asking for help. It is quite another to lay oneself bare; to express vulnerability, admit you are in need and overcome the fear of rejection or ridicule that can arise when you approach others for support. However, it may help to know that people, it seems, are always more inclined to help more than you generally give them credit for.

As Fred Rogers famously stated above, there are always eager helpers in any community and in any situation.

In a series of studies conducted at the Stanford Graduate School of Business, participants were instructed to ask strangers for help in a range of various scenarios: asking for directions, collecting donations, borrowing a mobile phone to make a call. According to associate professor Frank Flynn, who helped conduct the study, it was revealed that “people seem to miscalculate how willing others are to say yes to direct requests”. In fact, the results showed a gross underestimation — by 50 per cent — of the number of willing helpers the participants would encounter.

Interestingly, the study also suggested that the key to gaining assistance was a forthright request, a direct appeal for help. People are hardwired for co-operation and a direct request, it seems, triggers this social obligation more than ambiguous and indirect “hint dropping”.

When I was a child, I had the great privilege of watching my resilient and self-reliant mother work her way up from the edge of destitution to eventually become a bold and savvy businesswoman. In the process, she raised her three children to be successful, adventurous and independent adults. But my mother could never have done it alone. In her time of greatest vulnerability, she asked for help — and the village, that most fundamental linchpin of humanity, stepped in to carry her.

So, yes. Having the courage and tenacity to take charge of your circumstances is vital. Self-reliance, self-belief and self-responsibility are admirable personal traits and should be nurtured and encouraged in all of us.

But the idea that you can succeed in life without any lifelines, guidance or support is a dangerous myth. Help is not a four-letter word . Instead, it must be seen for what it is: a natural birthright and your greatest responsibility to one another.

Struggling to ask for help?

Avoid self-sabotage scenarios. Assess your options carefully and make sure you avoid asking those who are likely to be dismissive or ambivalent toward your needs.

Don’t underestimate the number of potential helpers. Ask people who appear to be able to help. Don’t prejudge their level of interest, capacity or generosity.

Be honest and direct. Your request will be better heard and accepted if you are forthright about your needs.

Allow for “no”. A denial of help is not a personal indictment or attack on you or your request. Sometimes, people are simply unable to help. Your needs are valid and you deserve support. Ask someone else. 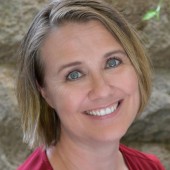