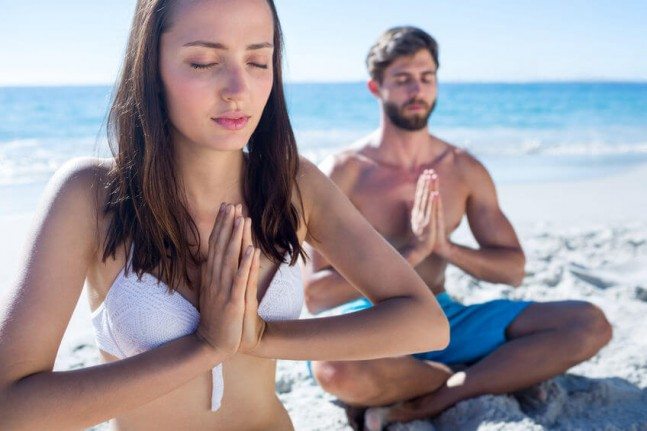 Why mindfulness helps some of us more than others

Mindfulness has proven to be beneficial in so many ways already. It is practised widely by both men and women – but what is not known is, which gender does it benefit more?

More women practise mindfulness meditation than men but there has been no study so far which shows if mindfulness will affect men and women differently.

In a new study, researchers found that mindfulness practice significantly helped women overcome the  “negative affect”, or low mood, but did not help men.

Women approach experiences differently – by not reacting, being less critical and kinder with themselves and over-identifying less with emotions after mindfulness meditation.

The study measured the effect of mindfulness on 77 university students – 41 men and 36 women – over a period of 12 weeks that included academic classes on mindfulness traditions, test and preparations. It also included a three-hour experiential component every week which involved meditation. Each session, 30 minutes were dedicated to a specific contemplative practice from Buddhist or Daoist traditions.

Compared to men, woman showed a greater decrease in negative affect which was 11.6 per cent decline on the survey’s standardised score, while men showed a 3.7 per cent increase in their scores.

Both genders showed progress in the meditation skills taught to them. While both genders did well in several specific mindfulness and self-compassion scores, which increased significantly, women did much better than men in four of the five areas – which were related to improvements in negative affect.

The improved affect in women was related to improved mindfulness and self-compassions skills. This meant that women approach experiences differently – by not reacting, being less critical and kinder with themselves and over-identifying less with emotions.

In contrast, in men, the changes in affect correlated with the ability to describe emotions.

Overall both genders have clear benefits from practising mindfulness, whichever way the training is designed.