Regenerative farming for the future 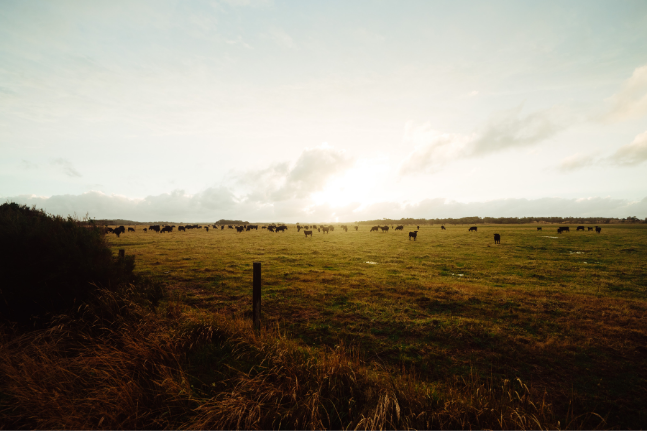 Unsustainable modern agriculture is associated with a range of problems. Often intensive, it concentrates on farming broadacre monocultures and an agribusiness model frequently dependent on large-scale machinery. To accommodate this, farms and fields have been consolidated, with the loss of tree lines and hedges. Much biodiversity has been lost, including useful pollinators.

This is all largely the result of a major shift in the early 20th century to a reductionist chemical-based agriculture. Pesticides and synthetic fertilisers tend to kill the soil’s microorganisms. Meanwhile artificial fertilisers focus on three core elements (nitrogen, phosphorus and potassium), while neglecting the role of other trace minerals. As a result, analysis of conventionally grown food has shown an incremental loss of vitamins and minerals as soil health has waned. From a climate change perspective, synthetic fertilisers create nitrous oxide emissions that have 265 times the global warming potential of CO2.

Chemical farming causes soil degradation, which in dryland areas can manifest as desertification. In 2014 a sobering message came from the UN Food and Agriculture Organization (FAO), which warned that if soil degradation continues on its current trajectory the world only has about 60 more harvests left, due to topsoil loss.

Obviously, solutions are needed. One of the most inspiring of these solutions is regenerative agriculture.

Regenerative agriculture first originated as a concept in the early 1980s, in an article by the organic-farming-focused Rodale Institute in the US. Transcending sustainability, it indicates more ambition, a breaking out of existing paradigms and repairing some of the damage that has previously occurred.

… regenerative farming has attracted increasing media attention and is frequently viewed more as common sense than as an “alternative” direction for agriculture.

Informed by permaculture, agroecology and agroforestry, regenerative agriculture is holistic and likes to look at the soil as an ecosystem. Out are monocultures, synthetic fertilisers, pesticides and genetic modification. Mark Shepard from Wisconsin, USA, describes his property, New Forest Farm, as a permaculture agricultural savanna. It aims to mimic natural ecosystems, embedded within which are trees, shrubs, vines, canes, perennial plants and fungi planted in a strategic relationship to one another.

Over the past few years, regenerative farming has attracted increasing media attention, and is frequently viewed more as common sense than as an “alternative” direction for agriculture. Questions are being asked about how food security can be provided for a growing population, with 9.8 billion people expected to be living on the planet by 2050. However, it is little known that roughly 70 per cent of the world’s food is grown by small farmers, many of whom could benefit by incorporating these techniques.

While many regenerative farmers are also certified organic, the two movements are not identical. Regenerative farming has a more single-minded focus on maximising soil health and sequestering carbon. In this respect, it perhaps has more in common with biodynamic farming, which arose in the early 20th century from ideas disseminated by Rudolf Steiner. Biodynamics requires 10 per cent of the farming land to be set aside for biodiversity and builds soil quality via a series of nine special preparations.

Healthy soils have a higher proportion of organic matter, and consequently store more carbon. Increasing their fertility translates into improved yields, which also results in more carbon being drawn down by plant photosynthesis. Living soils have an ecology that thrives when biological techniques are followed. An important component is humus, a complex substance with a black or dark brown colour. Humus-rich soil has a spongy jelly-like consistency, and a greater ability to hold moisture, with humus capable of storing up to 90 per cent of its own weight in water. As a result, humus-rich soils are resistant to drought.

There is a scientific consensus that in addition to ambitious greenhouse emissions cuts from sources such as fossil fuels, it will also be necessary to also achieve negative emissions by pulling carbon from the atmosphere. While some avenues for doing this are risky or unproven, soil carbon offers a win–win by simultaneously enhancing the viability of agricultural land. The only downside is that the science on quantifying the climate change benefits of soil carbon is still a little sketchy.

It has been estimated that soils contain two to three times more carbon than the atmosphere, and that topsoil holds more than three times more carbon than forests. According to the UN, land use (agriculture, forestry and land clearing) represents 23 per cent of the world’s greenhouse emissions, with soil degradation and erosion being significant contributors. According to one estimate, Australian soil has lost half of its carbon since first being cultivated. Soils that are degraded or unhealthy offer the most capacity for increased carbon sequestration, whereas those that are already in good shape have more limited scope for improvement.

The group Regeneration International has ventured a current estimate of 1.5 billion tonnes of carbon being sequestered per year, and inevitably there is substantial capacity for this to be ramped up. According to a recent study in Nature Sustainability, soil restoration could boost this figure very significantly up to 5.5 billion tonnes of CO2-equivalent per year. Up to 40 per cent of this would be from avoiding degrading existing soil, with the remaining 60 per cent from regenerating depleted soil.

In the US particularly, a lot of money is going into soil climate initiatives, much of it originating from food giants and NGOs. American farmers are being paid by companies such as Indigo Ag and Nori for the carbon that they add to the soil. Payments are fairly generous, with some farmers earning more than US$100,000 (A$156,000/NZ$163,000) annually from carbon alone.

In order to quantify soil carbon targets, at the 2015 Paris Climate Conference the French government launched an initiative called “4 Per 1000”. This is a reference to four parts per thousand, and the goal of increasing soil carbon content by 0.4 per cent a year, eg from 4.2 per cent to 4.6 per cent.

The significance of this figure is that, according to estimates, if applied to the world’s soils, year on year, coupled with a phase-out of fossil fuel emissions, it has been calculated that this would be enough to reverse climate change by bringing atmospheric carbon levels down from 415 parts per million (ppm) to a pre-industrial level of 280 ppm. The goal is for as many as possible of the world’s farmers to be involved in order to bring it to fruition.

Plans are for the 4 Per 1000 program to run for a 25-year period, until 2040. So far, about 40 countries have signed up, one of which is Australia. As a part of its involvement, it began by drawing up a national baseline map of soil carbon levels so that any improvements can be measured.

When it comes to regenerative agriculture, there is no cookie-cutter template. However, a number of techniques and elements often play an important part, either individually or combined together:

Another tool for the management of animals is holistic management and rotational grazing. The ideas behind this were developed by ecologist Allan Savory in the 1960s when he was a wildlife biologist in Southern Rhodesia (now Zimbabwe).

Traditional animal grazing has tended to be characterised by overstocking, overgrazing and soil degradation. Savory’s model, which mimics the behaviour of herds of wild animals, involves restricting farmed animals to a fairly small area for a limited period of time. To its advocates, this causes the soil to be disturbed by hooves, aerated and fertilised with manure. While the restricted area is being intensively grazed, other zones on the property are left to regenerate.

This technique has received its share of criticism from within the environmental movement. While there are many anecdotal reports of its success, scientific studies are limited, and critics refer to unsuccessful trials. Most controversial are Savory’s disputed claims relating to the quantities of carbon that can be sequestered via this method, which have been challenged as being unrealistically high.

Charles Massy is a farmer from Bobundara in southeast New South Wales who made the transition from unsustainable to regenerative farming in the 1980s, and who uses rotational grazing, among other techniques. His ideas were recently aired in the celebrated 2017 book Call of the Reed Warbler. Another Australian regenerative farmer is Charlie Arnott, from the Arnott’s Biscuits family. He is a cattle farmer from Boorowa, also in southeast NSW, who began the shift in 1999.

At a national level, the Department of Agriculture, Water and the Environment has been supportive of regenerative techniques and has acknowledged its soil benefits and financial advantages. A survey of 16 farms found that they achieved above-average profits, especially in dry years. Southern Cross University in Lismore offers a new regenerative agriculture degree.

One New Zealand regenerative farm that has received a lot of attention is Mangarara Station in the Hawkes Bay region. It produces free-range meat using holistic grazing techniques and has also branched out into education. Mangarara has been considerably inspired by Joel Salatin’s celebrated regenerative Polyface Farm in Virginia.

Regeneration International is working on its own initiative, the Billion Agave Project in the central Mexican desert region of Guanajuato. This agroforestry project involves combining agave plants with nitrogen-fixing species such as mesquite trees and holistic rotational grazing of livestock. This is a high-biomass system, much of which is in the form of the agave’s large fleshy leaves that can be chopped and fermented as a source of forage. It is best suited to arid hot climates and is unaffected by climate change and drought.

US food giant General Mills set a goal in August 2019 for 1 million acres (about 400,000 hectares) in its supply chain to be transitioned to regenerative agriculture by 2030. This will mostly involve grain crops such as oats, wheat and corn, and will represent more than 20 per cent of the acreage cultivated for the company.

In order to aid motivated consumers, over the past few years a Regenerative Organic certification scheme has been taking shape. This is the result of input from various stakeholders, including the Rodale Institute and the environmentally oriented clothing company Patagonia. Using the slogan “Farm like the world depends on it”, Regenerative Organic is multifaceted, covering the three core areas of soil health, animal welfare and social fairness. Companies already sporting the Regenerative Organic logo are Nature’s Path (cereals) and Dr. Bronner’s (soaps.)

A second certification is the Soil Carbon Initiative that was launched in late 2019. Similar, but without the focus on organic certification, its aim is to restore the health of the soil as a means of reining in climate change. It is being developed with input from over 150 stakeholders, including farmers, and food giants including Danone North America and Ben & Jerry’s.

Regenerative farming can be best accelerated by harnessing consumer demand and providing recognisable certification logos. It will also ideally involve support through government policies that facilitate a major shift from degenerative to regenerative.

For many farmers, regenerative practices are feasible to pursue, despite a perception of this being hard to apply in a real-world setting. In reality, the likely increase in yield should be enough to dispel this notion. Ultimately, regenerative agriculture, in whatever form it takes, is an innovative cutting-edge direction that offers humanity the promise of a food supply long into the future. 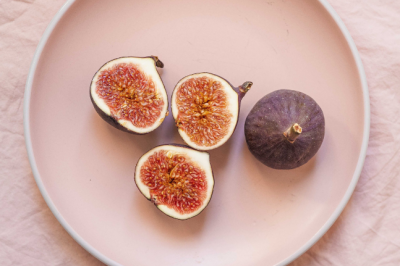 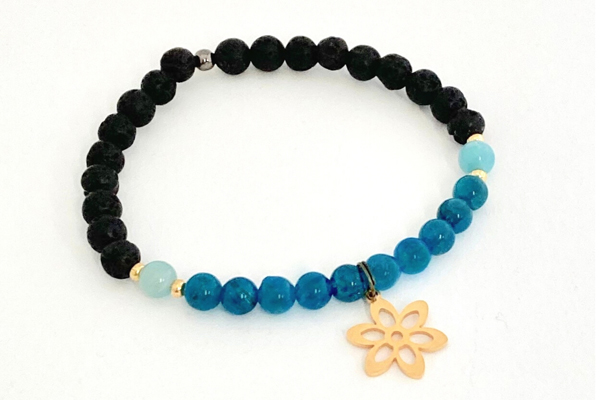