How to find relief from irritable bowel syndrome 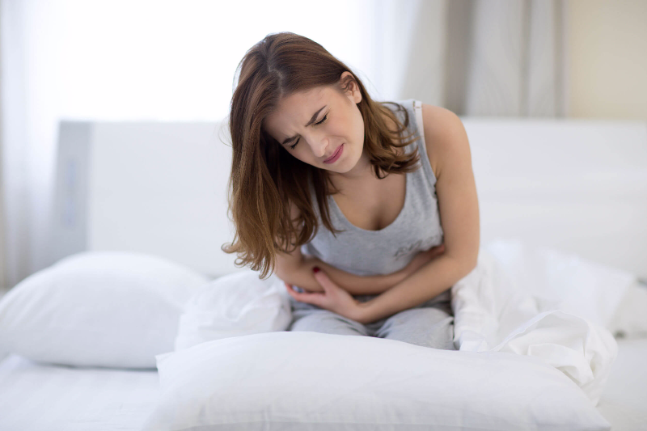 
Is your stomach sore or distended more days than it feels flat, settled and free of pain? Has constant tummy bloating turned you into a master at dressing to disguise your chronic belly bump? Though occasional stomach and digestive troubles are a normal health hiccup, having them constantly is a whole different ballgame and may indicate you have Irritable Bowel Syndrome (IBS), which affects around one in five Australians.

IBS is a frustrating and uncomfortable condition that is 1.5 times more common in women than in men. An estimated 15–20 per cent of the adult population grapple with IBS symptoms and it’s also the most common disease diagnosed by gastroenterologists. Some people have only mild symptoms or symptoms that come and go. Others suffer more extreme health effects that are chronic and interfere with their quality of life.

This uncomfortable and frustrating chronic condition is usually diagnosed after abdominal pain and discomfort have been present for 12 weeks or more, along with other indicators such as tummy distension or changes in the frequency or consistency of your stool. It’s important to check out IBS symptoms with your GP, who will go through a process of elimination to rule out other health conditions, such as infection or bowel cancer.

An estimated 15–20 per cent of the adult population grapple with IBS symptoms and it’s also the most common disease diagnosed by gastroenterologists.

If no obvious culprit is detected, your cluster of belly symptoms will be dubbed IBS. That doesn’t mean you should ignore any changes in bowel habits over time. Deviations from your usual pattern, such as going to the toilet more often, having diarrhoea or constipation, a sense of incomplete evacuation of your bowels or darkened stool (which can indicate blood), should always be investigated by your GP.

The Western medicine approach is generally to treat IBS with medications, which may include:

Though medications may be helpful in alleviating IBS symptoms in some people, they can also cause unpleasant side-effects that could have knock-on effects on your hormone balance or other health factors. Plus, they don’t do anything to address the root causes of the condition.

Research suggests that, on its own, irritable bowel does not cause a higher risk of developing bowel cancer. However, it often stems from problems in your digestive system that can have huge and problematic impacts that compromise the health and functioning of your entire body. As good digestion is also the foundation of good health, it’s important that you don’t just put up with constant belly problems.

Research suggests that IBS runs in families due in part to genetic differences in the sensitivity of the gut. IBS can also be kick-started by changes to the bowel that result in over-reactiveness in the nerves and muscles that control sensation and motility of the bowel. This can then cause a slowing or spasm that affects the contractions that move food through your digestive system. Getting to the root cause of your most common IBS triggers can take time, but it’s a worthwhile process.

The following triggers are to blame for many chronic digestive issues and on their own, or in combination, they may be the underlying cause of IBS.

The small intestine is a long section of digestive tract located between your stomach and large intestine. It’s made up of sections called the duodenum, jejunum and ileum, where your food is broken down and most of your nutrient absorption takes place. SIBO occurs when bacteria that normally only live further along in your large intestine migrate to the small intestine or start to take hold there due to issues like inflammation, food sensitivities or stress, causing slow bowel function, which allows food to sit for too long.

Low stomach acid and conditions like celiac disease and diverticulitis (where small pouches catch food) can also lead to SIBO. These bacteria love to feed on carbohydrates, so eating a diet high in refined carbs and sugars can contribute to SIBO or ramp them up.

More than one-third of people with IBS show evidence of SIBO, according to research from Cedars Sinai Medical Centre in the US. The by-products created by this bacteria lead to all kinds of symptoms, including chronic bloating, burping, flatulence and issues like heartburn or nausea. SIBO may also kick-start disruption of:

People with SIBO may try cutting out certain foods, such as gluten, but still find their symptoms persist because the bacteria imbalance is not completely treated. They often try probiotics only to find that they make their symptoms worse, not better. This may sometimes indicate that you already have too much of a good bacteria strain and that imbalance is part of your SIBO problem. Or it could be that initially the probiotics are causing the bad bacteria to die off. For this reason, when using probiotics always start with a small dose.

The lining of your digestive system is a little bit like a “smart wall” that opens up tiny spaces between the cells to allow nutrients through and then closes up again. Yet sometimes damage to that gut wall can lead tiny junctions to open up and stay open. These increase your gut permeability, which simply means that the lining of your gut no longer fulfils its proper barrier function. As a result, it allows bacteria, toxins and partially undigested food particles to leak into your bloodstream, causing havoc with your hormones and triggering issues like inflammation, autoimmune disease and allergy.

If your immune system is run down, you are very inflamed or you are eating gluten two or three times a day, you are also more likely to be reactive to zonulin or have too much zonulin, which will trigger IBS symptoms. As a result, your junctions get stuck in the open position and don’t close up again. Removing gluten from the diet can reverse this problem, allowing the leaky openings to close up again and your gut to become healthier.

Your belly is a barometer of your overall wellbeing. It’s Home to some 100 trillion types of different bacteria, according to the findings of the Human Microbiome Project by America’s National Institutes of Health. This means you have 10 times more bacteria in your body than you have cells. A great deal of that bacteria sets up house in your digestive system and, when the bad bacteria outweigh the good, as can happen after a stomach bug, antibiotics use, Travel, a period of poor diet or chronic stress, you can end up with chronic IBS symptoms.

When your bad bacteria are ruling your belly, they can cause all kinds of health issues, including skin rashes, inflammation, weight gain, depression, anxiety and lowered immunity. An unhealthy microbiome can also cause all kinds of digestive and belly symptoms, including stomach pain, chronic bloating and wind and diarrhoea or constipation (or a see-saw between both).

There is evidence that some strains of probiotics, such as Lactobacillus plantarum, Saccharomyces boulardii, Bifidobacteria infantis and Bifidobacteria animalis, may help to reduce abdominal pain, flatulence and belly distension. A review of 34 studies published in The Lancet also found that probiotics reduced antibiotic-associated diarrhoea by 52 per cent, the risk of traveller’s diarrhoea by 8 per cent and diarrhoea from any cause by 34 per cent. This overview found that the most protective strains were Saccharomyces boulardii, Lactobacillus rhamnosus, Lactobacillus acidophilus and Lactobacillus bulgaricus.

So, if you suffer a tummy bug, consider taking some probiotic supplementation as tummy bugs often prove a pivotal turning point for gut health and can trigger chronic IBS symptoms. Remember, though, that in people who are immunocompromised, have a condition like cancer or are taking a medicine that suppresses the immune system, probiotics could cause serious infection and should be avoided.

Do you suffer from hives, bloating, asthma, eczema, irritable bowel, headaches or sinus congestion? Then you could have a food sensitivity, which affects about 10 per cent of people. This is not the same as allergy to a food like peanuts, which causes a sudden reaction by the body’s immune system that may result in serious breathing problems and require the injection of adrenalin via an Epipen. Food sensitivity is often less obvious and occurs when the body reacts to chemicals in food. Symptoms may kick in after several days or accumulate over a week, making the culprit difficult to pin down.

Foods high in these substances can make the symptoms of IBS worse, so a low-FODMAP diet is useful in cases of IBS. FODMAP short-chain carbs are also osmotic, which means they can trigger bloating by drawing water to your large bowel. The fermentation and fluid retention can lead to excess wind and tummy bloating, pain and distension, which are common IBS symptoms.

Polyols: sorbitol, mannitol, found in some fruit and vegetables and also used as artificial sweeteners.

To detect a food intolerances that may be causing IBS symptoms, the following tests are often conducted:

Apart from the impacts of zonulin in leaky gut, gluten problems usually take one of two main forms:

Though a blood test can show up antibodies that indicate a gluten reaction, coeliac disease can only be diagnosed by conducting a small bowel biopsy. This can be done during a colonoscopy while under anaesthetic in hospital or via a gastroscopy: day surgery that involves light sedation while a tiny specimen of bowel tissue is taken to be checked under a microscope. If you are diagnosed with coeliac disease, you need to permanently avoid foods containing gluten.

Candida albicans is a fungal strain we all carry in our bodies. It’s opportunistic, so every chance it gets it will multiply. Though we tend to think of candida overgrowth as a trigger for thrush infections, we often forget that it can thrive in all the mucus membranes. If there is candida overgrowth in your digestive tract, it can cause all the classic symptoms of IBS.

Even if you are very careful about your diet and avoid foods that candida loves to eat, such as refined carbs, you can still have a candida problem that was triggered years before when you were eating too much sugar, took many courses of antibiotics (which allows candida to thrive) or, for women, if you were on the contraceptive pill or have taken HRT, as oestrogen can help candida to grow.

Flash back 20 years and stress was seen as the main cause of IBS. Though we now know there are many other factors, that doesn’t mean stress is not a player. A complex network of nerve and neural connections links your brain and belly, which is why stress can so quickly upset your tummy.

This mind-body response can: