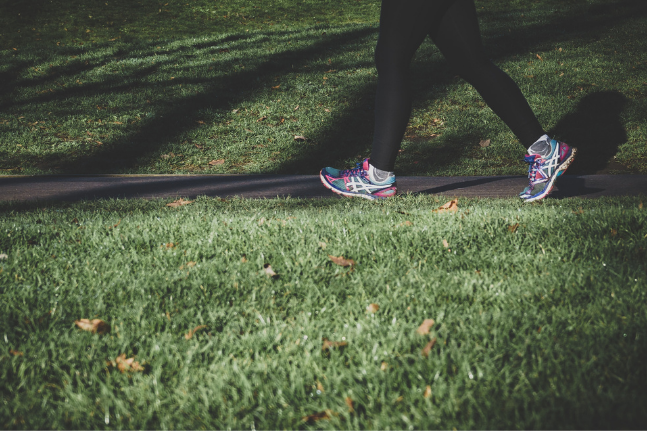 How to treat severe osteoarthritis naturally

Do you suffer from painful joints and osteoarthritis? We take a look at one patient’s arthritis journey and the best natural remedies.

During the lockdowns, a 70-year-old woman rang me for a consultation. She had been generally quite healthy for many years and used to walk regularly, enjoying lengthy bush walks frequently. But in the last couple of years her right knee.

She had been supplementing with glucosamine and chondroitin, curcumin, magnesium, fish oil and B vitamins regularly for some years, and these had helped her manage ite and hip have been causing her increasing pain. Going to the doctor, she was diagnosed with osteoarthritis in both the hip and the knee and was scheduled for a hip and a knee replacement. In the interim she was prescribed paracetamol and ibuprofen to manage the pain.

Unfortunately, with the lockdowns her knee and hip surgery was postponed indefinitely so she continued with the medications. As she had a long-term interest in health, these were the only pharmaceuticals she was taking, but the pain and the joint deterioration had gradually increased over the last few years. She was drinking liquorice tea daily for stress management. She was also on a pension, so this limited her choices of what she could afford.

When she rang me she was desperate: she had recently had a colonoscopy and they had discovered profuse bleeding from the bowel, a symptom of considerable concern, being potentially life-threatening. After a barrage of testing it was determined that the long-term use of ibuprofen had damaged the lining of the stomach and intestinal wall and this was the source of the bleeding. She was therefore immediately taken off the ibuprofen and told to increase the dose and the frequency of the paracetamol for pain management.

On stopping the ibuprofen the bleeding gradually reduced, but she could no longer manage the pain with the paracetamol. The pain was so severe she couldn’t get out of bed, she couldn’t sleep and she could barely move. Her quality of life was almost non-existent and her overall health was deteriorating rapidly. Her digestion had deteriorated as she could no longer get out to purchase organic food from the markets and she could ill afford takeaways. Her weight had ballooned, increasing by 15kg in a few months — a not unexpected complication.

For cost reasons we decided to do as much as we could with foods and minimal supplementation, and to utilise topical treatments which are often less expensive and are more effectively absorbed, particularly when there are digestive symptoms.

As the bleeding from the gut was a life-threatening problem, this was the first issue. Removing the ibuprofen reduced the bleeding but the lining of her digestive tract needed repair. I recommended that she add slippery elm into her smoothie for breakfast, along with aloe vera drinking gel. Research has shown that deglycyrrhizinated liquorice is effective at healing the lining of the gut, but liquorice root tea has potential problems if drinking it long-term and/or in high doses. Excess liquorice can lower potassium levels in the blood with negative effects on blood pressure and the cardiovascular system. Removing the glycyrrhizin from liquorice root reduces this risk.

As an alternative, I recommended meadowsweet tea, as this has been shown to repair stomach lining from NSAIDs damage.
This woman knew she was dairy-intolerant, so the first thing was to remove all dairy products as these were a major cause of her digestive symptoms. There was the added complication that osteoarthritis is a calcium metabolism problem, where calcium is deposited in joints instead of being in bone. High calcium supplements or foods are therefore not recommended, and magnesium and vitamin K2 are important to balance the calcium.

For probiotics, she was making water-based kefir at home and was drinking it daily (coconut kefir was another option), so I recommended that she add prebiotic foods to this, including slightly unripe bananas, blueberries, Jerusalem artichokes, spinach, onions and asparagus and roasted almonds with the skin on.

I also recommended that she take protein digestive enzymes at the end of each meal to improve digestion. These measures significantly reduced her bloating and digestive discomfort.

To deal with the potential toxicity of the paracetamol, she supplemented with NAC (N-acetyl-cysteine). This improves paracetamol detoxification and therefore improves liver function. It also helps relieve pain and alleviates arthritis, as well as being an antiviral.

Pain management was a critical issue and I recommended topical applications for pain. She had been given a small bottle of CBD oil but didn’t know how to use it, so I advised her to rub a couple of drops into the painful joints regularly. I also recommended a PEA cream to rub in. This is not CBD oil but activates the endocannabinoid receptors for pain relief. The pain relief was dramatic, to the point where within a couple of days she could walk in the park — initially only from seat to seat — but was able to increase this distance daily.

Having done all these things her digestion improved, the bleeding stopped and her pain decreased to the point where she could exercise again. She also added an intermittent fasting program to her life, only eating during eight hours in a day, so her weight started to decrease, further taking pressure off the painful joints. Her life has improved significantly and she is much healthier and happier.