All you need to know about gout, a painful form of arthritis 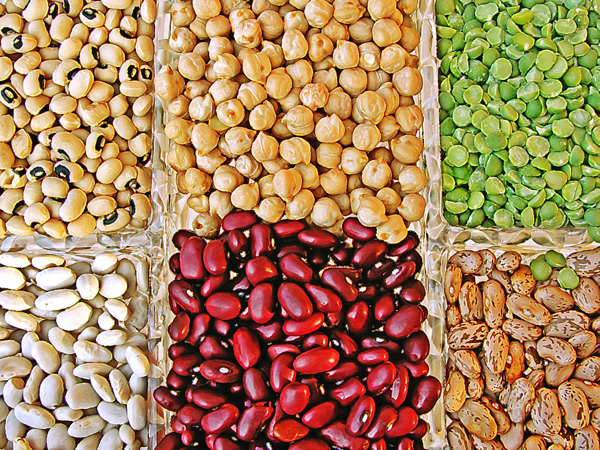 A 45-year-old man presented to the clinic, crippled by the pain of gout. He had been prescribed colchicine, the derivative of the autumn crocus (and it helped); however, prolonged use may cause bone marrow damage or side-effects such as dermatitis, neuropathies, myopathies or kidney and liver damage.

However, pain relief is essential for several reasons: the quality of life of the person, for one, plus the trigger for pain (inflammation) can cause significant damage in itself. The pain of gout can sometimes be controlled using anti-inflammatory herbs or drugs if caught right at the onset of an attack, but unfortunately this is not dealing with the cause.

Gout (a painful form of arthritis) is defined as dysfunction in purine metabolism, leading to an increase in uric acid in the blood (hyperuricemia). This can be a result of excessive production of uric acid or the inability to excrete it efficiently. As a result, urate crystals build up in the body, forming deposits in the joints.

Parboiling [leafy greens], tipping off the water then steaming them before eating removes most of the oxalic acid.

The clinical symptoms of gout include severe pain, inflammation and swelling of the affected joint. There is also a strong association with gout and metabolic syndrome (pre-diabetes), and vascular disorders such as atherosclerosis, all of which have similar diet and lifestyle issues.

This gentleman was overweight (being overweight decreases uric acid excretion) and his glucose levels were slightly high at 6.3. He had been reducing his sugar intake over several months and had stopped drinking alcohol (a common factor) but was still experiencing acute attacks. So what were his specific triggers?

He had a strong family history of gout. Although certain foods, lifestyle factors and some medicines may trigger gout, it is primarily an inherited condition with sufferers having a decreased ability to eliminate excess uric acid.

High dietary protein (purines) is a common trigger. Purines are primarily found in meat, offal, meat extracts, fish, especially salmon, trout, herring, mackerel and sardines, and seafood (caviar, mussels and scallops). Yeasted products such as beer are also particularly high in purines. My patient had recently reduced his consumption of animal proteins to 2–3 times a week. A major trigger for him was canned or smoked fish (which he loved).

High dietary oxalates can also be an issue. These are primarily found in vegetables and include soybeans, swiss chard, spinach, rhubarb and the nightshade family (potatoes, eggplant, capsicum and chilli), so not eating these more than twice a week may help.

From a naturopathic perspective, apart from diet there are other potential triggers. Lead toxicity was a distinct possibility here, as he had worked with heavy metals and solvents for years. Chronic lead poisoning can result in reduced urate excretion.

Subjects regularly eating refined sugars (or fructose) show an increase in fasting uric acid levels. Epidemiological studies have linked increased intake of soft drinks with increased risk for gout (particularly those with high fructose corn syrup), but eating fresh fruit (high in fructose) is not so much of a problem, possible protection being provided by the extra vitamin C and antioxidants. So low-GI fruits, including berries and cherries, were added to his diet.

Alcohol is known to increase serum uric acid by altering liver metabolism and reducing uric acid excretion. Beer is a particular problem, followed by hard liquor, with the risk of gout from wine being lower (unless it is fermented in lead containers). It is not just the alcohol that’s at issue; both alcoholic beer and non-alcoholic beer can increase uric acid levels. The yeast used in the process of manufacture of beer is particularly high in purines.

While this gentleman’s symptoms improved with the change of diet, to better manage his condition there were further aspects we needed to consider, including increasing uric acid excretion and reducing uric acid production by inhibiting xanthine oxidase (the enzyme involved in purine metabolism).

Continuing the dietary improvements, he was encouraged to lose weight (which he did) by better managing his blood sugar (supplementing with gymnema, fenugreek, R-lipoic acid and chromium) to stop his craving for sugars and fats.

To improve his diet further and maintain adequate protein, I recommended low-purine foods. Chicken, pork, turkey, crab, lobster and eggs were good, as were lentils, chickpeas, sunflower seeds and grains like oatmeal and rice. Green leafy vegetables provided vital nutrients including magnesium, but needed to be chosen carefully to minimise oxalate intake. Parboiling them, tipping off the water then steaming them before eating removes most of the oxalic acid.