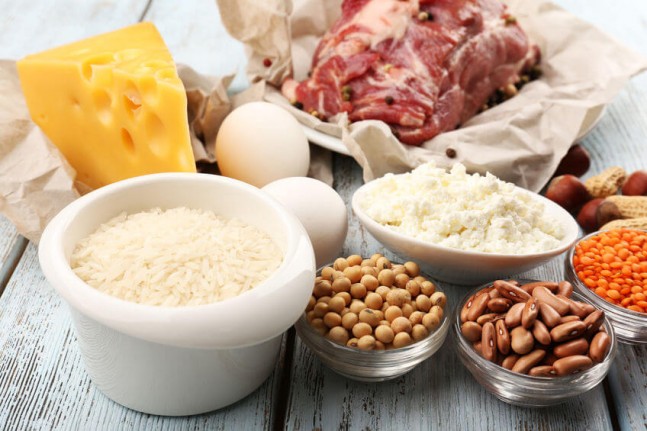 How a protein-rich diet can soothe gut inflammation

Ever wonder how our gut health is maintained and restored every time we eat something?

Well, immune cells act as patrols and ensure that harmful microbes don’t get into our body. Cells that trigger an inflammation are balanced by cells that tolerate this inflammation and thus protecting the body from tissue damage.

However, if this balance is not maintained and there is too much inflammation, it can result in inflammatory bowel disease.

Researchers have now made a discovery of a kind of tolerance producing cells found in the guts of mice. They also found that these cells need tryptophan — one of the building blocks of proteins – to make an appearance.

Tryptophan is commonly found in nuts, eggs, seeds, beans, poultry, yogurt, cheese and also in chocolate. It is a normal part of mice and human diet.

While the scientist could not ascertain in this study if tryptophan by-products from L. reuteri induces such cells to develop in people, they do know that genes defects relating to tryptophan are found in people with inflammatory bowel disease.

The discovery was made in mice by scientists when they were studying a kind of immune cells which promote tolerance. They found that one group of mice had such cells but another group which belonged to the same strain of mice although housed far apart from the first group did not have these cells.

The mice were genetically identical but had been born and raised separately which indicated the role of other factors which may have influenced the appearance of these cells.

Suspecting that difference may be due to gut microbes, scientists then went on to sequence the DNA from the intestines of these two groups of mice and they found six bacterial species present in the mice with immune cells but it was not found in mice with no immune cells.

The researchers then tried to identify which of these species was responsible for inducing the immune cells in the mice that lived in sterile conditions.

When L.reuteri was introduced to the germ-free mice, the immune cells appeared.

To understand how the bacteria (L.reuteri) affected the immune system, the scientists grew the bacteria in liquid and transferred small amounts of the liquid without any bacteria, to immature immune cells isolated from mice.

When the active ingredient was separated from the liquid it was found to be a by-product of tryptophan metabolism known as indole-3-lactic acid.

Humans have the same tolerance promoting cells as mice and most people will have L.reuteri in their gut.

While the scientist could not ascertain in this study if tryptophan by-products from L. reuteri induces such cells to develop in people, they do know that gene defects relating to tryptophan are found in people with inflammatory bowel disease.

This suggests that encouraging the development of these cells in our gut will be beneficial for us and in controlling inflammation in the inner surface of the intestine.

And this can be induced by high levels of tryptophan in the presence of L.reuteri bacteria in the gut.

Perhaps some chocolate and cheese can help with that!