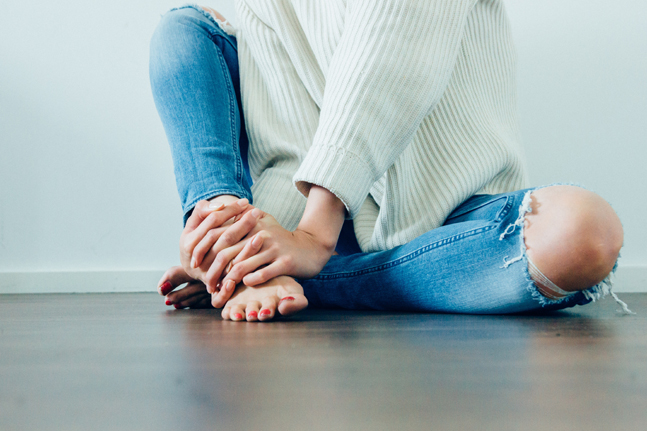 Your gut is pivotal to the health of your brain and heart in that malfunction can trigger a range of afflictions, from anxiety and depression to weight gain and even heart disease, cancer and Alzheimer’s. Irritable bowel syndrome, a smorgasbord of unresolved gut symptoms including, diarrhoea, constipation, poorly formed stools, bloating and pain, is widespread, with current statistics indicating it affects as many as 11 per cent of the world’s population. Science has yet to uncover what causes this troubling condition, so once we’ve tried the various restrictive diets, ingesting the newest megawatt probiotic and taking digestive stimulants that give our indolent bowels a kick up the proverbial, we’re floundering.

Small intestinal bacterial overgrowth (SIBO), an excess of potentially harmful germs in the small intestine, has rapidly emerged as the new candida or gluten, an unknown and hitherto widely unacknowledged menace that, once recognised, identified and appropriately treated, might not only help to resolve irritable bowel syndrome but also facilitate gut healing and maximise all those vital bowel functions that are so fundamental to our health and wellbeing.

Aside from being a major cause of irritable bowel syndrome, SIBO, the features of which encompass ongoing abdominal pain or discomfort, bloating, flatulence and loose bowel motions or diarrhoea, is also associated with a range of medical conditions, including rosacea, fatigue, fibromyalgia, autoimmune thyroid disease, restless leg syndrome, diabetes, obesity, inflammatory bowel disease and arthritis.

If your gut is supposed to break down and absorb all the essential nutrients you need to be energised, function mentally and behave in an emotionally coherent fashion, while efficiently flushing out all the redundant by-products of this process, it’s not hard to foresee how an overgrowth of abnormal bacteria can wreak havoc with this operation.

Small intestinal bacterial overgrowth (SIBO), an excess of potentially harmful germs in the small intestine, has rapidly emerged as the new candida or gluten.

These toxic bugs can damage the lining of your gut and undermine the function of enzymes used to digest carbohydrates. Aside from it causing bloating and discomfort, noxious gases released by this activity can undermine the absorption of key nutrients like iron, vitamin B12, fatty acids and protein. These are the very nutrients that allow you to form memories and remain mentally focused and emotionally stable. Without them, functioning in a sound intellectual and emotional manner becomes increasingly difficult.

Once you start to develop deficiencies of these core nutrients, fatigue and inadequate metabolism of fats and glucose, leading to obesity and diabetes, can set in. Erosion of the gut wall can lead to the ingress of a host of foreign invaders that would not normally have access to the inside of our bodies, which could trigger abnormal immune responses, paving the way for autoimmune diseases like thyroid disorders and lupus.

Mindful of the threat posed by marauding armies of malevolent bacteria, your body has a number of failsafe mechanisms to protect you against this menacing insurgency. Hydrochloric acid secreted by the stomach, a robust immune system located en masse in the gut, an actively motile gut flushing out all the toxins, and proteins that specifically target enemy bacteria form a complex defence system designed to neutralise any potential hostile force way before it asserts any presence or authority.

The problem is that this protective strategy becomes compromised as you age and this appears to be especially the case for the female sex with current evidence suggesting SIBO is more common in women as they get older. An underactive thyroid, which makes the bowels indolent and slow when it comes to getting rid of unfriendly bacteria, a condition that escalates with ageing, is another contributor to SIBO.

Cotemporary medical practice with its cavalier overprescribing of acid-suppressing medications called proton pump inhibitors and the rise in opioid abuse have all conspired to weaken gut defences, allowing a resurgent bacterial army to set up a beachhead operation right beneath our increasingly unvigilant noses. Add to this physicians who are ignorant of the presence of SIBO and lack the curiosity to find out ways to investigate patients who complain of symptoms like bloating, abdominal pain and irregular stool function and you allow stealth bacteria to continue their malicious activity under the radar.

Even for those who comprehend the significance of this lurking menace, identifying SIBO cannot be achieved with a simple blood test or routine stool sample executed by a conventional laboratory. A breath test carried out by a specialised laboratory, which examines the levels of methane and hydrogen gases emitted when bacteria accumulate in excess, provides initial evidence that SIBO is present. A stool test performed by another expert laboratory might help to isolate exactly which bacteria are causing the mischief in order to execute targeted treatment.

Right now, the most effective way to eradicate SIBO is with a non-absorbable antibiotic called rifaximin. However, this approach also brings with it a laundry list of side-effects, including bloating, gas, stomach pain and constipation, the very complaints that trigger a visit to the medical practitioner in the first place. Other possible side-effects such as dizziness, nausea, vomiting and fatigue also make rifaximin an unattractive proposition, despite its efficacy.

Probiotics have been used, but the trials that testify to their potency are Spartan. Natural therapists are possibly more adept at treating SIBO than are medical practitioners. In the war to halt the rise of malignant bacteria we ignore SIBO at our peril.