Are supplements worthless? We debate the upsides and downsides of taking supplements 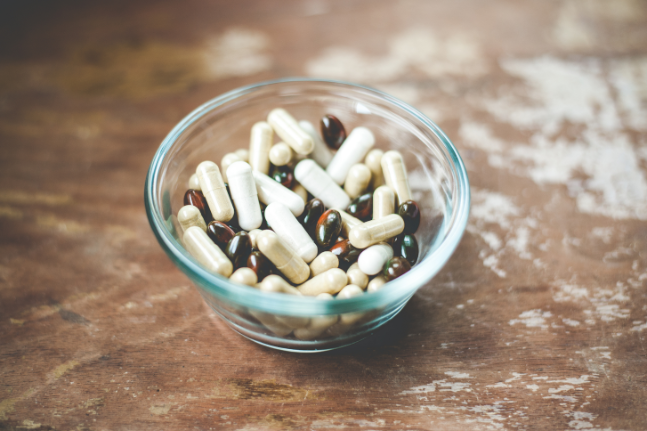 
Not only are supplements of little value but they can also be downright dangerous. This was the pronouncement of a Harvard professor who is cautioning our unquestioning embrace of a practice he believes might be doing us more harm than good.

In October 2016, a review in the Journal of the American Medical Association — widely acknowledged as the best medical journal in the scientific universe — anchored by Dr Pieter A Cohen, Professor of Medicine at Harvard and winner of a number of best teacher awards, blacklisted a whole slew of supplements, including echinacea, St John’s wort, glucosamine, beta-carotene and vitamin E. It berated the first three for not alleviating the common cold, depression and arthritis respectively, while handing a red card to the vitamins for not preventing heart disease and even increasing cancer risk.

Echinacea, St John’s wort and glucosamine aren’t just everyday supplements; they’re icons of the natural therapy industry with much heralded benefits and now we have to accept that it’s all an almighty hoax. So should we heed Dr Cohen’s counsel based on the scientific research funded by the National Institute of Health, which invested millions of dollars to confirm that these purportedly beneficial remedies are in fact worthless, or do we challenge his heresy?

Let’s make it clear at the outset that there’s absolutely no evidence that Professor Cohen’s research is bankrolled by the pharmaceutical industry. What he has done is assemble a posse of experts who provide a scathing rebuke of the ploys used by those who sell us supplements. Lax regulatory standards allowing extravagant claims, consumer ignorance of clinical trials showing these products to be no more effective than placebos, and the cynical employ of celebrities to endorse substances that have questionable benefits are among the many practices lambasted by Cohen’s team.

Cohen cautions that in the US the FDA — their administrative organisation overseeing the utilisation of drugs and natural substances — has estimated that dietary supplements cause 50,000 adverse events annually. Does this mean we’re being duped into spending our hard-earned dollars on products we might as well chuck in the bin?

For depression that’s severe, this herbal treatment is not an option, but for a host of depressive disorders, St John’s wort would be just as effective as drugs without debilitating side-effects.

Echinacea is a herb embraced by many to prevent and treat the common cold, as it’s supposed to ward off viruses in a manner that antibiotics cannot. One way to examine if we are, in fact, wasting our money is to collate all the evidence that scrutinises the true utility of any substance natural or chemical. An enterprise that carries out this function is called the Cochrane Review. Here, all the studies that pit echinacea against a placebo are analysed by experts and a verdict is derived.

The findings suggest that at least some echinacea preparations may reduce the risk of catching a cold by 10–20 per cent. Doing the mathematics indicates that if 500 out of 1000 people receiving a placebo would get influenza, this number decreases to 425 out of 1000 using an echinacea product. With regard to treatment, of the seven trials that scrutinised this herb’s capacity to reduce the duration of colds, only one showed a significant effect of echinacea over placebo. While these results aren’t exactly a crack-open-the-champagne recommendation, they don’t signal that we should sever all ties with echinacea.

When it comes to disparaging St John’s wort for not effectively treating major depression, a review that included 35 studies examining 6993 patients concluded that for targeting mild and moderate depression St John’s wort is superior to placebo in improving symptoms and not significantly different from antidepressant medication. For depression that is severe, this herbal treatment is not an option, but for a host of depressive disorders St John’s wort would be just as effective as drugs, without debilitating side-effects.

Pharmaceutical remedies don’t repair or regenerate joints that are devastated by arthritis, which is what makes glucosamine so appealing. Is this promise baseless? Research shows just the opposite. For patients with painful knee osteoarthritis, a high-dose combination of glucosamine hydrochloride (1500mg) and chondroitin (1200mg) was as effective in lessening pain and stiffness and improving function as the drug celecoxib (200mg). Another trial showed that, compared with placebo, taking 1500mg of glucosamine sulphate for three years reversed the destruction of knee joints while improving functionality.

When it comes to vitamin E increasing cancer risk, my book The Wellness Guide to Preventing the Diseases of Ageing explains the complex non-linear connection this vitamin has with diseases like cancer and heart disease. A combination of multivitamins might prevent heart disease in men but, for women, the research isn’t as affirmative.

Professor Cohen’s review also questions the benefits of ginkgo biloba while ignoring the evidence that a special extract of this herb, namely EGb 761, does boost memory and mental function.

Right now, during the course of one calendar year, 60 per cent of the American population takes at least one pharmaceutical medication with more than 15 per cent using more than five drugs over the same time period. Cohen might question the wisdom of harnessing natural remedies, but the alternative option, which is the poisoning of our populace with a barrage of pharmaceuticals, poses a much more alarming danger.