We meet some artisan vinegar makers to discover its health benefits 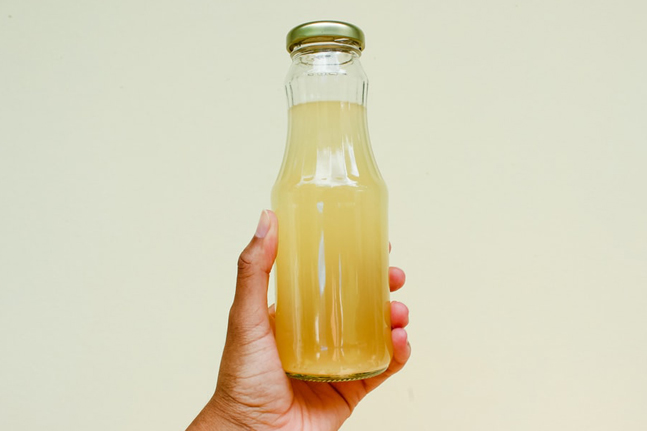 
The adage “the whole is greater than the sum of its parts” may well ring true for vinegar, which in French (vin aigre) translates to “sour wine”. You’ve no doubt got a bottle or two of the sour-tasting liquid in your kitchen, where it has widespread use in an array of recipes, cuisines and dishes.

Vinegar contains an array of vitamins, minerals and compounds that differ based on the type of vinegar.

One exception to the liquor rule, however, is balsamic vinegar. Unlike its alcoholic counterparts, balsamic vinegar is made from the grape juice of white Trebbiano grapes. Its name comes from the Italian phrase “aceto balsamico”, which means curative vinegar, as in the Middle Ages the ingredient was used to heal and cure ailments due to its therapeutic effects.

Vinegar contains an array of vitamins, minerals and compounds that differ based on the type of vinegar. If vinegar is pasteurised, which most vinegars on the market are, this means it has been heat-treated and this process kills the “mother” bacteria, or culture, which is used to ferment the alcohol. However, some types of vinegar, such as apple-cider vinegar, can be non-pasteurised and instead are labelled as “raw” vinegar.

Dedicated artisans across the nation take all of these factors into account when formulating their much-loved vinegar in order to produce a high-quality, sustainable and delicious product.

The variety of vinegar

Vinegar has been used in cooking for thousands of years, and despite that its sourness can have negative connotations when used to describe someone’s demeanour, it’s considered a positive trait when it comes to the liquid’s taste. The acidic liquid is widely used as a condiment and for pickling, and offers a sour flavour to food. Given its acidic tartness, adding vinegar to creamy sauces and dressings will help lighten up and balance out the flavours.

Greg Mathews is the owner-operator at Grampians Olive Co., an award-winning and family-owned olive grove that produces organic cold-pressed extra-virgin olive oil and artisan vinegar in Victoria. Their product is crafted in small batches to guarantee a high quality and the vinegar is bottled on their farm. Grampians Olive Co.’s range of vinegars are recommended for use on salads, dipped with bread or as a finishing drizzle over meals. “Try mixing our lemon pressed olive oil and golden orange caramelised balsamic for a quick salad dressing with deep flavour complexity,” Greg suggests.

Good flavouring aside, vinegar has a low pH level, so it is also used in cooking and baking to elicit a variety of chemical reactions. For example, vinegar is often combined with baking soda as the combination of baking soda and acid creates a light, fluffy texture. Vinegar is also a popular ingredient in meat marinades as the acid breaks down the meat’s fibres, tenderising it in the process.

To complement the organic olive oil production at Grampians Olive Co., Greg and his team decided to collaborate with Australian artisan vinegar makers to create three high-quality vinegars. These include a gluten-free golden orange caramelised balsamic finishing vinegar made with Australian oranges; a gluten-free roasted capsicum finishing vinegar made with Australian red capsicums; as well as a shiraz red wine vinegar, which is naturally fermented and aged in oak barrels and makes a great vinaigrette. “To make our golden orange caramelised balsamic, whole Australian oranges are boiled down; the whole fruit is used to give a full flavour. Next, balsamic vinegar, golden syrup and spices are added and caramelisation begins,” Greg explains.

Find out about the taste profiles in common types of vinegar.

Vinegar can also be flavoured after production, with garlic and chilli popular flavours to use in this format.

“The ‘mother’ is not actually the sediment in the bottle that people think. It’s actually the term for the barrel, or tank, that the fermentation is taking place in.”

“I didn’t find vinegar, vinegar found me,” Ian says. “I was approached by a friend in the USA that was starting a company to import artisan food into the USA … I bought a book on how to make vinegar online, repurposed some old winemaking equipment and invested about $20 in capital to buy a new bucket, hose and funnel. I used the 40-year-old vinegar barrel my father-in-law had as a vinegar culture or ‘mother’ and I began,” he reveals.

It’s a true labour of love for Ian. “I’m a passionate believer that good product comes from good ingredients. We never use ‘bad wine’, we can’t. Our other secret to success is that we are vinegar specialists; it’s all we do … we pour 100 per cent of [our] energy into one speciality and reap 100 per cent perfection in what we do,” he explains.

Ian’s heart is in the artisan place. “While I love winning business awards and receiving accolades, it’s the personal stories and recipes I receive from customers at markets and shows, and how they use my vinegar, that I love the most,” he says. His secret to the perfect vinegar is a philosophy that’s relatable to any craft. “It’s really pretty simple. Know your craft, use good ingredients and focus on your field.”

If you’re going down the DIY route with vinegar, there are a few important things to keep in mind, namely the quality of the ingredients and the mix of flavours. “The most important [thing to remember] is high-quality ingredients, and the flavours have to be in balance,” Greg advises.

Ian says making vinegar is a two-stage, all-natural fermentation, which begins with the yeast eating the sugar to make alcohol. “That means yeast eats apple juice, a sugar, to make cider. Or grape juice to make wine,” he explains. “Step two is where a bacteria called acetobacter eats alcohol and converts it to acetic acid — thus completing the fermentation of sugar, to alcohol, to wine; meaning apples, to cider, to cider vinegar.”

“The cool thing about vinegar is that it is a continual culture; when the alcohol is almost all consumed we remove some of the vinegar and top up the ferment with fresh cider or wine,” Ian explains. “The ‘mother’ is not actually the sediment in the bottle that people think. It’s actually the term for the barrel, or tank, that the fermentation is taking place in. The fermentation cycle can be as long as 10 years in [the] barrel, but typically 12 to 24 months. It can [even] be as short as 24 hours in modern fermentation equipment. Regardless of the time or the vessel, it’s still a two-stage fermentation with yeast and bacteria. It’s all natural, and all good for you.”

With digestive health all the hype, you’ll be pleased to know that vinegar is a gut-friendly food. The acetic acid in vinegar, which is a by-product of the fermentation process of the alcohol and bacteria, is what makes this ingredient especially nourishing.

“All vinegar is good for you,” explains Ian. “The benefits are in the acetic acid, not the sediment or ‘mother’ as many believe. The acetic acid converts to acetate in your stomach, which triggers a whole series of positive digestive reactions in your body.” These positive reactions include increasing the body’s absorption of minerals from food, controlling blood-sugar levels and reducing cholesterol, to name a few.

If you have celiac disease, it’s best for you to consume wine vinegar, apple-cider vinegar, balsamic vinegar and rice vinegar, as these are gluten-free options. But if you’re not overly sensitive, distilled white vinegar has less than the gluten threshold and may be able to be tolerated. Malt vinegar, on the other hand, contains gluten from barley, and should be avoided.

Sustainability is vital for many artisan vinegar makers, including the team at Grampians Olive Co. “As a family business, sustainability is vital for us. If we are not operating sustainably then we are taking from the next generation,” explains Greg, whose 28,000-tree grove is one of the oldest in Australia. It was established in 1943 and covers 500 ha, with the whole grove certified organic with NASAA. “This means we work with nature rather than against it,” Greg continues, adding that they don’t spray any pesticides or herbicides, and that the trees on the grove are fertilised with compost and sheep manure. “Our grove is also dryland, meaning the trees are solely reliant on natural rainfall — no irrigation.”

Australian Vinegar is also no stranger to sustainability. “I don’t think any businesses these days can operate without understanding the core essence of sustainability,” says Greg. “Sustainability goes beyond our commitment to the environment, our active programs to reduce water consumption, to reduce our waste and our commitment to improved efficiency. Our R&D program last year accounted for 15 per cent of our total turnover, and a majority of that activity was directed to projects in reusing food production by-products to make vinegar. It’s an incredibly innovative and passionate workplace.”