Discover the healing powers of cinnamon 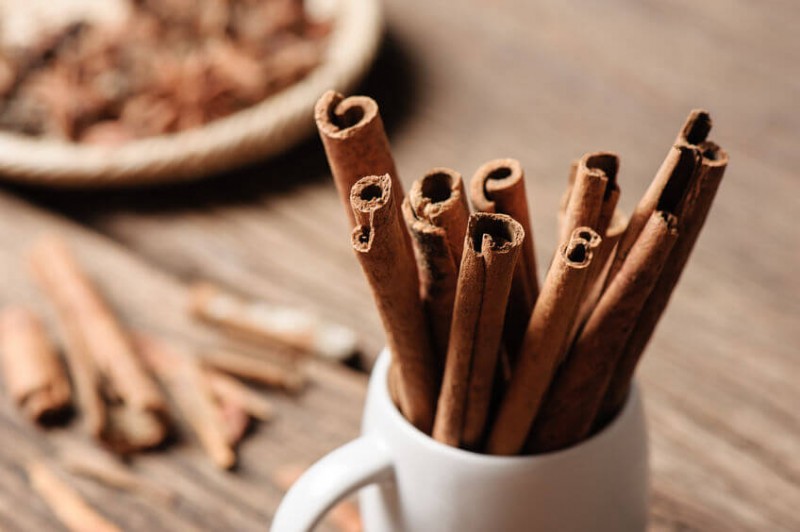 
What we know as cinnamon is the brown bark of the cinnamon tree which, when dried, rolls into a tubular form known as a quill. With its unmistakable fragrance, it’s available in either its whole quill form (cinnamon sticks) or as ground powder. It’s a spice that comes from the branches of wild trees that belong to the genus Cinnamomum — native to the Caribbean, South America and Southeast Asia. While there are about 100 varieties of Cinnamomum verum, Cinnamomum zeylanicum (Ceylon cinnamon) and Cinnamomum aromaticum (Chinese cinnamon) are the two leading varieties consumed.

Ceylon cinnamon is most commonly used in the Western world and is produced in Sri Lanka, India, Madagascar, Brazil and the Caribbean. Cassia cinnamon, or Chinese cinnamon, originates from southern China and is mainly produced in China, Vietnam and Indonesia. Ceylon cinnamon is also referred to as “true cinnamon”; the Chinese variety is known as “cassia”. While both are relatively similar in characteristics and both feature a fragrant, sweet and warm taste, the flavour of the Ceylon variety is more refined and subtle. Ceylon cinnamon is particularly popular because it has low levels of coumarin compared to cassia cinnamon found in your grocery store.

Modern research indicates that this spice has some very beneficial properties and its unique healing abilities come from three basic types of components in the essential oils found in its bark.

Once upon a time, cinnamon — one of the oldest spices known — was more valuable than gold. It is found in Biblical texts and in Ancient Egypt was highly prized for its medicinal value. In traditional Chinese medicine and Ayurvedic medicine it has been long revered as a superfood used to treat a variety of health problems, from respiratory disorders to digestive upsets, migraines, poor circulation and elevated blood sugar levels. In Medieval Europe, doctors used cinnamon to treat infective and arthritic conditions and it became highly sought after.

Modern research indicates that this spice has some very beneficial properties and its unique healing abilities come from three basic types of components in the essential oils found in its bark. These oils contain active components called cinnamaldehyde, cinnamyl acetate and cinnamyl alcohol, plus a wide range of other volatile substances.

Cinnamon is reputed to help treat a diverse number of health disorders related to most body systems. It has major effects on the endocrine, cardiovascular, nervous and immune systems as well as the digestive and musculoskeletal systems. It has also been used as an effective insect repellent, often used for head lice treatment, black ant control, bed bugs, dust mites, mosquitoes and cockroaches, as well as an effective odour neutraliser.

Cinnamon is rich in essential minerals such as manganese, iron and calcium, while also having a high content of fibre. With an ORAC (Oxygen Radical Absorbance Capacity) value of 267536 μmol TE/100g (40 times higher than that of blueberries), cinnamon is one of the top three antioxidants in the world.

By enhancing insulin signalling, cinnamon can prevent insulin resistance, even in animals fed a high-fructose diet. A study published in Hormone Metabolism Research showed that, when rats fed a high-fructose diet were also given cinnamon extract, their ability to respond to and utilise glucose (blood sugar) was improved so much that it was the same as that of rats on a normal (control) diet.

Cinnamon has been studied for its immense antimicrobial properties, making it a valuable substance for the treatment of a variety of infections including fungal, yeast, bacteria and viruses. The Journal of Food Protection published studies showing cinnamon is one of the most effective substances against Escherichia coli, salmonella and campylobacter.

It has also been shown to be a “promising force to fight hospital-acquired infections” in research published in the Journal of Cranio-Maxillofacial Surgery in 2009. It was shown to have the ability to stop medication-resistant bacterial and yeast infections. An article published in Mycopathologia in 2011 showed cinnamon oil to have strong anti-candidal efficacy.

Research from China published in LabMedicine found cinnamaldehyde from cinnamon bark oil in its various forms was effective against adenovirus. A study of Indian medicinal plants revealed that cinnamon may potentially be effective against HIV4. According to the study authors, “The most effective extracts against HIV-1 and HIV-2 are respectively Cinnamomum cassia (bark) and Cardiospermum halicacabum (shoot and fruit).” This study out of Pune India claimed that a cinnamon-derived procyanidin polymer can turn HIV-infected people into HIV controllers (those who carry the virus but do not develop full-blown AIDS).

With an ORAC (Oxygen Radical Absorbance Capacity) value ... 40 times higher than that of blueberries ... cinnamon is one of the top three antioxidants in the world.

Cinnamon’s antimicrobial properties are so effective that recent research demonstrates this spice can be used as an alternative to traditional food preservatives. In a study published in the August 2003 issue of the International Journal of Food Microbiology, the addition of just a few drops of cinnamon essential oil to 100mL of carrot broth, which was then refrigerated, inhibited the growth of the foodborne pathogenic Bacillus cereus for at least 60 days. When the broth was refrigerated without the addition of cinnamon oil, the pathogenic B. cereus flourished despite the cold temperature. In addition, researchers noted that the addition of cinnamon not only acted as an effective preservative but improved the flavour of the broth. When added to food, cinnamon inhibits bacterial growth and food spoilage, making it a natural food preservative.

It can also be used as a powerful disinfectant. Dilute it with water to disinfect kitchen countertops, sinks, your refrigerator, door knobs, toys and many other things. If you have young children and don’t want to use harsh cancer-causing chemicals, use cinnamon oil. Cinnamon has a role to play in the treatment of tooth decay and gum disease, playing a crucial role in getting rid of harmful bacteria without damaging your teeth or gums. It’s one of the reasons that cinnamon oil is often used in chewing gums, mouthwashes, toothpastes and breath mints.

Cinnamon has an anti-clotting effect on the blood. Cinnamaldehyde (also called cinnamic aldehyde) has been well-researched for its effects on blood platelets. The cinnaldehyde in cinnamon helps prevent unwanted clumping of blood platelets by inhibiting the release of an inflammatory fatty acid called arachidonic acid from platelet membranes and reducing the formation of an inflammatory messaging molecule called thromboxane A2. Cinnamon’s ability to lower the release of arachidonic acid from cell membranes also puts it in the category of an anti-inflammatory food that can be helpful in lessening inflammation and reducing the incidence of deep vein thrombosis.

As discussed earlier, cinnamon has significant effects on cholesterol and therefore cardiovascular health. Published in the Annals of Family Medicine in 2013, a meta-analysis of 10 randomised controlled trials evaluating the effects of cinnamon use in 543 patients with type 2 diabetes at doses of 120mg/d to 6g/d for four to 18 weeks found reduced levels of fasting plasma glucose, total cholesterol, LDL-C and triglycerides while increasing levels of HDL-C.

Tel Aviv University researchers made the startling discovery that cinnamon may help prevent Alzheimer’s disease, the most common form of dementia. According to Professor Michael Ovadia, of the Department of Zoology at Tel Aviv University, an extract found in cinnamon bark, called CEppt, contains properties that can inhibit the development of the disease. Two compounds found in cinnamon — cinnamaldehyde and epicatechin — are showing some promise in the effort to fight the disease.

Cinnamon helps treat type 2 diabetes by lowering blood sugar levels and increasing the amount of insulin production in the body.

According to Roshni George and Donald Graves, scientists at UC Santa Barbara in the US, the two compounds have been shown to prevent the development of the filamentous “tangles” found in the brain cells that characterise Alzheimer’s. Responsible for the assembly of microtubules in a cell, a protein called tau plays a large role in the structure of the neurons as well as their function. “The problem with tau in Alzheimer’s is it starts aggregating,” said George, a graduate student researcher. When the protein does not bind properly to the microtubules that form the cell’s structure, it has a tendency to clump together, she explained, forming insoluble fibres in the neuron. The older we get, the more susceptible we are to these twists and tangles; Alzheimer’s patients develop them more often and in larger quantities.

In the Journal of Neuroimmune Pharmacology, July 2014, Rush University Medical Centre scientists found that using cinnamon can reverse the biomechanical, cellular and anatomical changes that occur in the brains of mice with Parkinson’s disease. They also found it to be an effective natural remedy for eliminating headaches and for migraine relief, and it may help stop the destructive process of multiple sclerosis.

As a digestive, cinnamon has been successfully used as part of the treatment for irritable bowel syndrome (IBS). It’s believed to do this by killing bacteria and healing infections in the GI tract, leading to a reduction in the symptoms of diarrhoea and bloating.

Cinnamon is an excellent source of fibre and the trace mineral manganese as well as a very good source of calcium. The combination of calcium and fibre in cinnamon is important for the prevention of several different conditions. Both calcium and fibre can bind to bile salts and help remove them from the body. By removing bile, fibre helps to prevent the damage that certain bile salts can cause to colon cells, thereby reducing the risk of colon cancer.

Cinnamon’s high levels of manganese are thought to be responsible for its effect on reducing the symptoms associated with premenstrual syndrome (PMS). According to the University of Maryland website, women who eat a manganese-rich diet may experience fewer mood swings and abdominal cramping associated with PMS.

Adding a spoonful of organic cinnamon each day to your cup of tea, baked organic apple or your bowl of breakfast cereal can have immense health benefits. It’s important that it is organic and not irradiated and is packaged in a tightly sealed glass container and stored in a cool, dark, dry place. Ground cinnamon can be kept fresh for up to six months and cinnamon sticks may stay fresh for up to one year. 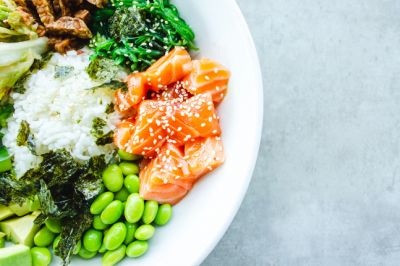 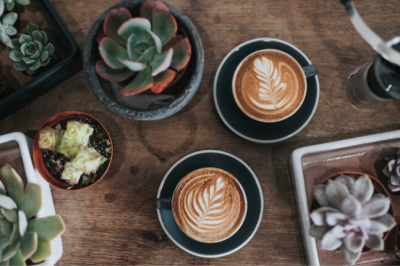 Everything you need to know about coffee

We love to drink coffee almost to the point of addiction. But is this little antioxidant-packed powerhouse good or bad...