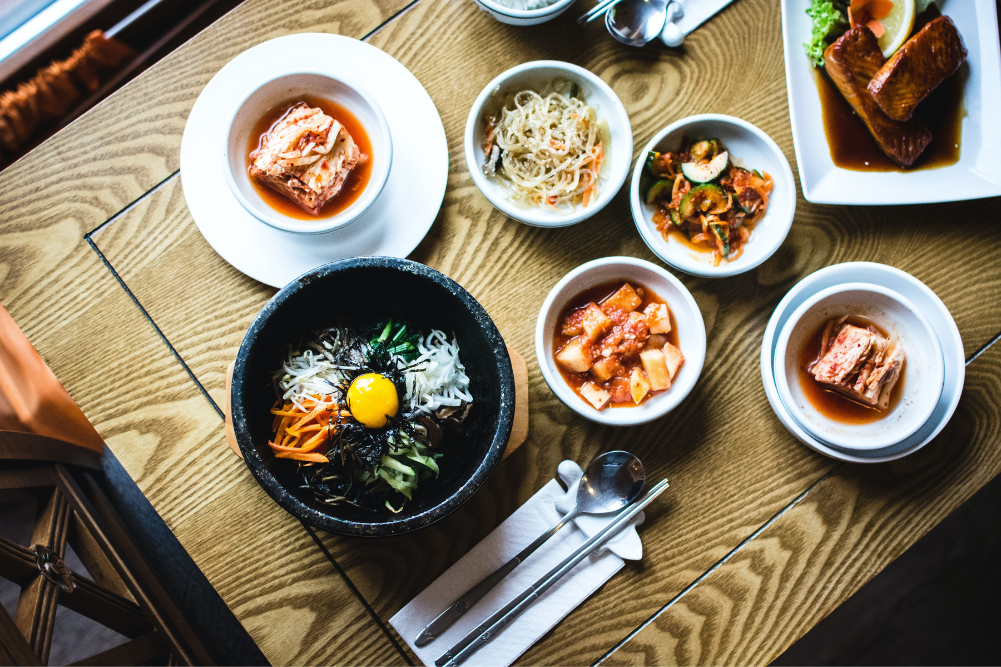 This traditional fermented Korean food made from wombok has a wide array of health benefits.

Kimchi is a traditional fermented Korean food made from wombok, also called napa cabbage, Chinese cabbage or baechu, and various seasonings including ginger, garlic, red pepper, spring onion and salts. There are many varieties and many recipes in Korea made with various vegetables.

The thousand-year-old tradition possibly started so that the people had a supply of “fresh” vegetables not readily available in their cold winters. There is a culture called gimjang in which the kimchi can be stored and consumed over a long time — more than a year. In general, however, it is made in early winter, stored at low temperatures and not consumed until the next year. It is often just eaten with rice but can be an often essential component of a larger meal.

Traditionally kimchi was used as a therapeutic food to improve digestion and constipation and to promote health. Research today supports these traditional uses, and it is also showing that kimchi can help prevent cancer and obesity. It has been shown to be beneficial in improving colorectal health with its probiotic properties and assists in cholesterol reduction, therefore reducing the risk of atherosclerosis. Kimchi also promotes brain health and the integrity of the immune system and improves skin health. It has antioxidant and anti-ageing properties.

Household kimchi manufactured in Korea does not use a starter culture but is instead a wild fermentation, being initiated by various endogenous microorganisms in the raw materials. After the initial starter microorganisms have triggered the fermentation, as it progresses it is gradually dominated by lactic acid bacteria, and complex biochemical changes occur depending on the environmental conditions, including the degradation of the sugars and the formation of vitamin C.

Many different ingredients are added to kimchi to improve its taste, nutritional value and texture, and many of these also form by-products during fermentation that eradicate any putrefactive or pathogenic organisms, thus improving the health properties even further. The salting of the cabbage also assists with this removal of pathogens.

The secondary ingredients, mainly ginger, garlic and red pepper in traditional formulas, also ferment and provide added health benefits. Other ingredients can also be added according to family recipes.

Kimchi contains lactic acid bacteria, organic acids such as lactic and acetic acids and mannitol. Mannitol is an important component providing a refreshing taste to kimchi. Kimchi also contains a variety of vitamins including vitamins A, B, C and K, as well as minerals calcium, iron, phosphorus and selenium. It is also a high-salt food (128mg/cup) so needs to be eaten sparingly. Kimchi also contains dietary fibre and a range of phytochemicals from the cabbage, red peppers, onions and garlic.

A selection of the many probiotic strains isolated from kimchi include nine strains of Lactobacillus sakei and L. plantarum — both have significant antimicrobial activity against food-borne pathogens and lowered cholesterol.

The antioxidant effects of lactic acid bacteria in kimchi have been shown to ameliorate liver cirrhosis in rats and to have general hepatoprotective effects, particularly when fermented with black raspberry.

The lactic acid bacteria in kimchi have been shown to have anticancer properties by inactivating or neutralising both cancer-causing agents and pathogenic organisms. Kimchi also improves bowel movements. Some of kimchi’s antioxidant and anticancer activity comes from the high dietary fibre in wombok, inhibiting stomach cancer and colorectal cancer. Kimchi has been shown to be beneficial in inhibiting cancer in cell lines for gastric adenocarcinoma and promyelocytic leukaemia.

Kimchi reduces cholesterol and helps prevent atherosclerosis. In one study on 100 healthy young adults, they added kimchi to their diet daily for seven days. At the end of this time, their fasting blood glucose, total cholesterol and low-density lipoprotein (LDL) were all lowered, with dose-dependent effects. In those with high LDL and high total cholesterol, there was a significant reduction in these measures in the higher (210gm/day) kimchi intake group compared to the lower (15mg/day) kimchi intake group.