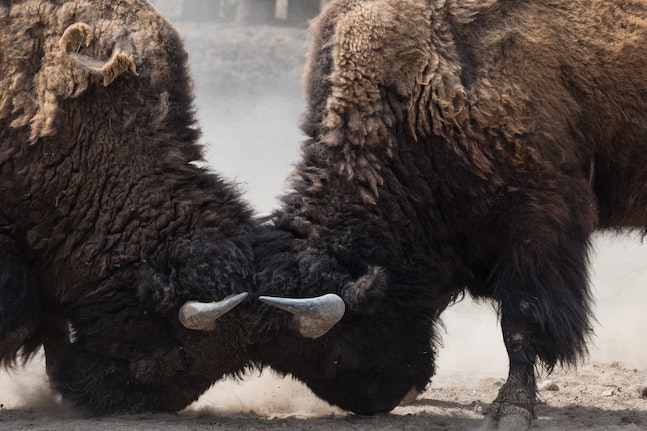 
Anger often gets a bad rap, but sometimes it’s critical for you to get mad.

Anger can be destructive. Not only does it feel pretty crappy, it’s terrible for your body in the long term. Anger is the “fight” in your “fight and flight” defence system, which activates your sympathetic nervous system when you feel under attack.

When fight and flight is switched on, stress hormones such as cortisol and adrenaline are released, your heart pumps blood faster to carry oxygen to your extremities, blood is diverted away from your stomach and into your arms and legs to run from or fight danger and your immune system is suppressed. This is all okay if it only lasts a couple of minutes or hours. But if your fight and flight system is switched on for weeks, months or even years, it takes a toll on your body. You might get sick because of your suppressed immune system; your stomach’s organs (with less blood flow) and your heart (with the increased pressure of pumping more blood) may start to wear down, causing illness and heart problems.

The function of anger

So, why have anger at all if it’s so destructive? Originally, anger kept humans alive in the wild, motivating them to run from the lion or to fight danger. In modern society, it still plays this role. You don’t want to be casual about a car coming towards you at 60 kilometres an hour. You need a system that goes “Get off the road!” But anger doesn’t just keep you alive in the physical sense but also the psychological and emotional, because anger brings with it the gift of healthy boundaries, self-respect and self-belief.

Having said that, it’s important to remember it’s how you interpret events that influence how angry you feel, so it’s important to check that your interpretations are accurate and based on fact before you let them fuel the fires of your rage. And to know whether your interpretations are correct sometimes requires a healthy dose of self-awareness as your own unresolved issues may be distorting your perception of an issue.

A close relationship in which no one ever expresses anger — whether a marriage, friendship or work relationship — is not a healthy one.

However, sometimes your interpretations are correct. Whether you like it or not the world is imperfect, and some people can be cruel, manipulative and dishonest. You can choose to be in denial about this and allow yourself to be abused, manipulated and used, or you can feel anger’s fiery tongue, and let it energise and motivate you to set boundaries or take action. Sometimes, this action may simply be the choice to keep your distance from someone abusive if you know they are not capable of resolving conflict through respectful and open communication. Sometimes anger may motivate you to tell the person how their behaviour makes you feel and how you would like them to behave, and sometimes anger might even motivate you to fight for a cause or contribute to a charity.

A consistent pattern I have observed in clients after working for 22 years as a psychologist, is this: depressed or anxious clients with low self-esteem who come to therapy as over-compliant and unassertive usually go through a phase from passivity to anger. I always see this as a good sign. It’s telling me they finally realise they don’t deserve the put-downs and bullying from their family, colleague, boss, friend or partner. They don’t have to say yes when they don’t want to, and when their anger finally emerges it comes from a new-found self-respect that is yearning to be recognised.

A similar pattern shows up after a few sessions of trauma-processing work related to long-term sexual and physical abuse. Often these clients begin therapy with the false belief they deserved the abuse, and that it was their fault, even if they were a small child when the abuse began. They may recognise this as irrational — how can a three-year old be blamed for being sexually abused? Yet at a deep emotional level they still blame themselves, thinking “There must have been something wrong with me.”

In an interview with The Guardian, [Greta Thunberg] said “Some people can just let things go, but I can’t.”

Traumatic experiences by their very nature lock negative false beliefs into the nervous system until they are processed properly. These individuals are often not consciously angry, except maybe at themselves. Instead they tend to be depressed and extremely anxious and have low self-esteem. It is only when they process their traumatic memories — their terror and sadness — that their anger emerges naturally along with more adaptive beliefs like “he was bad, not me”, “I was just a child”, “I deserve to be safe and protected”, and “he manipulated me”. These then shift to “I am safe now, I am a good person, I deserve good things.” Here their emerging anger reflects their emerging self-respect, and these new positive beliefs can now direct all areas of the person’s life in a healthier way. With further processing of this anger they can usually go on to find some acceptance and peace. But if anyone tries to abuse them again, their newfound self-respect allows the gift of anger to rise up and create a boundary when they need it.

Dealing with anger during conflict

A close relationship in which no one ever expresses anger — whether a marriage, friendship or work relationship — is not a healthy one. It’s normal to feel angry from time to time, and if left unexpressed it will fester and create problems. What’s essential to realise here is that it’s the denial and suppression that creates the problems, not the anger itself. When people suppress anger, they eventually explode which is harmful to a relationship, they lose trust which destroys the relationship, or they turn the anger inwards which is harmful to themselves. Either way if you don’t honour the energy of anger, it will find an outlet and it probably won’t be a healthy one.

So, what should you do with your anger? Go and shout at your boss after enduring their micromanagement for six years? Of course not, but you need to find a way to process it. You can only truly let anger go when you have processed, understood and, if needed, acted on it. Ways to process your anger include writing or talking to someone about it, physical exercise, direct physical expression like a kick-boxing class, even yelling into a pillow (while it sounds extreme) may be called for on occasion. You can also simply tune into where you feel the anger in your body physically and breathe into it. Feel it fully and ask yourself, “What thoughts or feelings are underneath this anger?” If thoughts come up, then ask, “Are these thoughts facts or assumptions? Could I be misinterpreting the situation? Is there another way to view it?” If you believe your thoughts are factual and you still feel angry after processing your feelings, it’s probably time to talk to the person directly and respectfully. If the person you are angry with is willing to listen respectfully to your experience this is the best option. Some people aren’t willing to listen respectfully and become aggressive or avoidant — they can’t cope with any kind of feedback. This is when you decide to either let the situation go or let the relationship go. If you do talk with them keep in mind that intense anger suppresses the empathy centres of the brain, so be mindful of listening carefully to the other person’s perspective. Also own your angry feelings rather than blame. Say “I felt angry when you …” rather than “You did this and made me angry!”

The Emotional Freedom Technique (EFT) is another effective way to feel and process negative feelings like anger. This involves fully experiencing a feeling while tapping on acupressure points. While it sounds unusual, there are now over 100 randomised controlled studies supporting the effectiveness of EFT. The recent bestseller, The Science Behind Tapping, by Australian psychologist and associate professor Dr Peta Stapleton is a good place to learn about EFT.

One of the most powerful gifts of anger is its ability to promote justice. Without the motivating energy of anger, which makes humans act, no change, justice or progress would exist.

Can you imagine living in a society where no anger had existed for the past 200 or so years in Australia? While an absence of anger would have had lots of huge advantages like no war, it would have brought a devastating absence of progress.

As a Western woman living in a country which inherited the laws of late 18th and early 19th century Britain, things would look very different in Australia with no anger to motivate change. As a woman I would still legally not be allowed to work, have a profession, own property, vote or marry a person from another race or my own sex. My husband could physically or sexually abuse me, and I would not have the right to legally divorce him. The poor would still be desperately poor with no access to education, housing, health or legal services. Children from the age of five would still be forced to work 60-hour weeks in appalling workhouses, African American people would still be brutally and systematically tortured and subjugated under a system of slavery, Indigenous Australians would be still be killed, subjected to apartheid and unable to vote — and the list goes on and on.

So, while this absence of anger has some big positives, it is not a world I want to live in. In this sense anger has been the saving grace, the sole driving force for good which has helped societies around the world to positively grow and evolve. Sitting back passively and just “letting these things go” would have served no one and perpetuated devastating oppression and abuse.

Of course, injustice and inequalities still exist for many Australians and all over the world, and sometimes it can be difficult to manage the anger that such injustices inspire. A good way to do this is sign up for a charity like Amnesty International or Greenpeace.

For those motivated to do more than join a charity, you can look to individuals of great courage for inspiration on a grander scale. Take Swedish schoolgirl Greta Thunberg. Last year at 15 years of age Thunberg inspired and motivated a worldwide strike against climate change. In an interview with The Guardian, she said “Some people can just let things go, but I can’t.” And thank goodness she can’t.

Thunberg’s statement about not letting things go made me think of a therapy trainer I encountered many years ago with ongoing behaviour which was seriously unethical and, in my opinion, dangerous. I really tried to let this go at first, but in the end I reported the trainer to the relevant ethical committee for review. The instant I did so a monumental weight lifted from my shoulders. Not a lot came of it at the time other than him being more closely observed, but a year later another trainee I had never met phoned and thanked me. He said he would never have had the courage to go through with his complaint against the same trainer had I not put in my complaint. I was glad I had not let it go, because sometimes anger is a force that is trying to tell you something to make you grow. It’s different for everyone. And it will not go away until you listen. 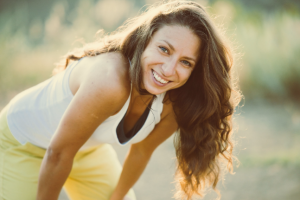 The gallbladder is vital to digestion and health, so we look at how to keep yours happy and functioning well. 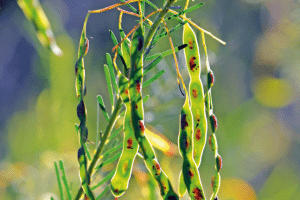 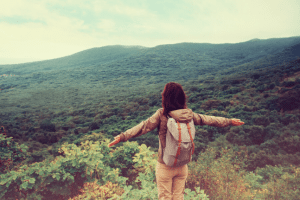 Nature can be your healer