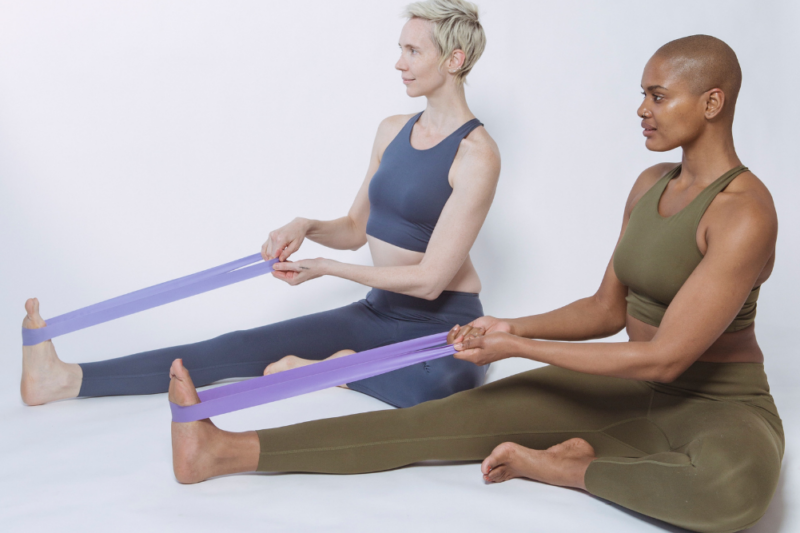 Building your muscle through resistance training does much more than allow you to flex in the gym — it has many important health benefits, not the least of which is that it keeps you young.

If you are inactive and do not exercise as an adult you lose between 3 and 8 per cent of your muscle mass per decade. That’s the bad news, but the good news is that just 10 weeks of strength training can reverse a lot of that loss and boost your metabolic rate at the same time. Training to build your strength and muscle is very good for you and it is not new. Lifting things to build muscle has been practised by human beings for millennia.

It is entirely possible that our Mesolithic and Neolithic ancestors noticed that lifting rocks made them more ripped and stronger in the process. In earlier times our Palaeolithic forebears may have been even more motivated to pump rock so that they could flex over their neighbouring Neanderthals and Denisovans, but then again they may have been too busy developing recipes that could be used in 21st century cafés. So, while our Stone Age relatives probably did do strength training, they just couldn’t be bothered drawing pictures of themselves doing it.

With the coming of the Vanity Age (otherwise known as the Bronze Age), however, humans decided that what they do deserves to be recorded, and in the process we find evidence of strength training dating back around 4000 years. On the walls of Egyptian tombs we find pictures of humans using bags filled with sand and stone in swinging and throwing exercises. Weightlifting competitions date back to early Greece and similar things were done in Rome, Germany, Scotland and Spain.

The objects that were lifted were quite rudimentary for many centuries, but a big step forward came in the 1700s when someone decided to run a rod through two church bells and lift them by grasping the rod. Since the clappers were removed from the bells to make them silent (or dumb), this device became known as a “dumbbell”. Meanwhile in Russia they were using kettlebells for weight training, kettlebells being the counterweights they used for weighing dry goods. In the 19th century machines using pulleys and ropes brought new sophistication to weight training, but it was the invention of the “Nautilus” using variable hydraulic resistance that made weight training not only accessible but trendy. Today no self-respecting gym would be without its phalanx of strength-training equipment being used by women and men trying to maximise their muscle. There are many other forms of strength training available too, and they all yield health benefits beyond the muscle they build. To get motivated for your muscle building it will help to understand exactly what type of strength training will work for you and the many benefits you will achieve in the process.

What is resistance training?

There are many types of resistance training that are available to you. These include:

Each of these forms of resistance training is effective. For instance, a study published in the journal Physical Therapy in November 2020 showed that elastic bands produce very similar results to weight machines. It just really depends on what works for you, although if you are starting out it might be an idea to start with using your own body weight before adding more resistance or load by working with weights. Work on performing good-quality squats, lunges, push-ups and planks/hovers before progressing to more ambitious resistance exercises. Whatever method and level you choose, though, resistance training will be anaerobic in nature, and that is an important concept to get your head around.

Resistance is not futile

You will have heard of aerobics and have probably leapt about in some sort of “aerobics” class at some point. In these terms resistance training is “anaerobics”. Aerobic means “with oxygen” while anaerobic means “without oxygen”, but the difference between these two forms of exercise is far more than simple linguistics. When performing a set of aerobic exercises, you are causing the body to utilise oxygen in order to create energy. The oxygen is needed to break down glucose which is the fuel needed to create energy. However, the opposite applies to anaerobic exercises. In anaerobic exercise your body creates energy without oxygen because there is not enough oxygen present, and so it ends up burning fuel other than glucose, like fat.

You might be concerned that lifting weights or even doing squats would put strain on joints and aggravate conditions like arthritis, but in fact the reverse seems to be true. Resistance training improves muscle strength and physical function and decreases pain in people who suffer from osteoarthritis of the knee. A 2017 study found that by increasing muscle mass and strength in the quadriceps (quads/thigh), people with knee osteoarthritis had less knee pain and better knee function.

Resistance exercise produces a different pattern of blood vessel responses to aerobic exercise, suggesting that it may have specific and important benefits for cardiovascular health. Resistance exercise produces increases in blood flow to the limbs even though it also causes small increases in central arterial stiffness. It also leads to a longer-lasting drop in blood pressure after exercise than does aerobic exercise.

Resistance exercise favourably impacts hormone levels in your body. It boosts metabolism, as evidenced by increased blood lactate concentrations after resistance training and it also boosts testosterone and growth hormone levels in men.

The mitochondria are the energy generators within your cells. Mitochondrial breakdown is one of the mechanisms believed to drive the ageing process. As muscles get older and weaker, the mitochondria inside the muscle cells show increasing evidence of dysfunction. Mitochondrial dysfunction is measured by counting the number of mistakes they make when they transcribe their DNA code to make essential materials like proteins. A “transcription profile” is a measure of how well your mitochondria are working. Research has shown that a 26-week resistance training program can improve mitochondrial transcription profiles and return them to a state similar to that of a younger adult.

How to do it

Having decided that you do want to incorporate resistance training into your life, you need to be sensible about how you do it. You can’t just jump straight in to doing a weights program if you haven’t prepared properly, or injury and dissatisfaction are sure to follow.

As mentioned earlier, if you are starting out, a routine using your own body weight involving squats, push-ups and planks is a good place to start. Once your baseline has been set you are ready to start on your resistance training. For a general resistance program two to three sets of eight to 12 repetitions per exercise is the norm. You may do one to three exercises per muscle group, but one exercise per big muscle group is fine to begin with. Big muscle exercises which mirror functional movements are more productive than small muscle, isolated movements. For example, big movements such as squatting, pulling and pushing are going to work you harder than an arm curl. Aim for doing a session two to three times a week, optimally giving the muscles a rest day in between before using the same movements again. Your body needs rest to recover, adapt and grow.

Of course, once you are engaging in regular resistance training your capacity to lift greater weights will increase. If your workout starts feeling too easy and you are performing the sets and repetitions without getting out of breath or feeling fatigued, then you are ready to progress to a heavier weight. Your progression should ideally be in small increments, adding one or two kilograms in weight at a time. If you started out doing squats and lunges without any added weight to your own body weight, you might add a two-kilogram weight in each hand for those exercises. Adding more repetitions to your push-ups or trying to get your chest all the way to the floor, increasing the depth of the push-up, will increase the resistance and effort required. Adding a little bit of weight to a 20 or 30 minute routine will add fatigue and get you working harder.

Once you have a baseline of resistance fitness you might be ready to reduce the time needed in your workout by trying a method known as high intensity training (HIT).

As an alternative to the more usual routines outlined above, HIT offers the benefits of resistance training in a shorter time frame. The theory of the HIT technique is that if you train until your muscles are exhausted then they will take around four days to a week to recover and that exercising them again within that time frame does not add any benefits.

In a HIT session you will exercise big muscle groups and you will exercise them to exhaustion, that is, until you cannot do any more repetitions of that exercise. When you train a muscle near to the point where it can go no further then you recruit more muscle units, leading to greater muscle growth and strength increases. You might do four or five separate large muscle group exercises in a HIT session, each one to exhaustion. So a single HIT session might last only 20 or 30 minutes, and certainly no more than 45 minutes.

The advantage of using large muscle group exercises like squats is that the exercise more closely mimics how the muscles actually function, increases muscle activation and trains small muscle groups at the same time. Importantly, HIT training is not the sort of thing you would do the first time you are in a gym as it places a great deal of stress on the body.

Is resistance training for you?

Resistance training is accessible to most people. There is no age barrier to beginning resistance training and building muscle. In fact, research has shown that frail elderly people who begin doing resistance sessions between one to six times per week, doing one to three sets of between six and 15 repetitions each session experience improvements in muscle strength and also improve function in the body areas being exercised. The key is being sensible in how you start and gradually building the resistance you use.

Resistance exercise really does have something to offer everyone, so why bother resisting? 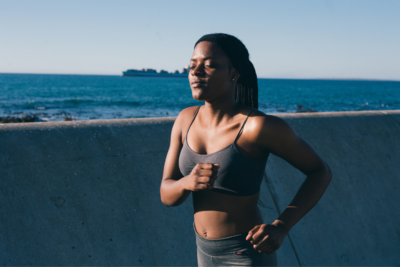