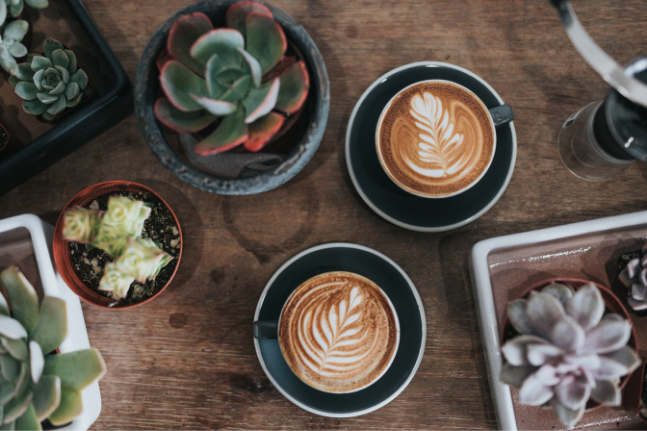 Everything you need to know about coffee

We love to drink coffee almost to the point of addiction. But is this little antioxidant-packed powerhouse good or bad for you? We take a look.

We love to drink coffee almost to the point of addiction. It’s a daily habit that is so locked in that to question its wisdom might be a thankless endeavour. Of the big three including coffee, cigarettes and alcohol, which of these is still portrayed as a virtuous lubricant of family values and personal grace? Coffee has received almost no pushback. Its squeaky-clean image has allowed it to surpass its competitors as the runaway winner of the modern era with the most devoted worshippers. Next to water it’s the most consumed beverage in the industrial world. We drink over two billion cups of coffee every day.

Amid the lost jobs and the ravaged economy that has been the legacy of the coronavirus, one ritual that has emerged unscathed is an irrepressible attachment to our daily coffee. To understand how we’ve become hooked on a drink that’s embedded in our everyday behaviour it’s worth while examining the history that envelops our captivation and seduction by the world’s most sought-after liquid refreshment.

Towards the end of the last century coffee shops numbered in the hundreds in the USA; by 2013 this much-hallowed establishment had skyrocketed to the tens of thousands.

From its origins as an aperitif with sexual overtones, coffee became a way to abstain from alcohol in the Islamic Middle Ages, from whence it mutated into the coffee house beverage which became the focus point for the Enlightenment. It was only when it migrated to cultivation by the enslaved peasants in South America, who were primed to cater for a burgeoning North American populace, indoctrinated by skilful marketing to desire a drink that would prime their productivity and bolster their energy, that it entered the domain of mass consumption.

To the present day this system of exploitation has been maintained and expanded. Peasant labour in Vietnam, with much attendant environmental degradation, supplies coffee to a global market alongside the coffee growers of South America. As much as fair trading has spawned a more humanitarian work environment, making it more equitable for the labourers and creating environmentally friendly cultivation practices, our implacable thirst for black gold fuelled in part by celebrity allure guarantees religious devotion and predominant planetary devastation.

Coffee in your body

Coffee is a rich substance with a number of compounds, including powerful antioxidants that undeniably have the capacity to do you a whole lot of good. Whether this actually translates into easily accessible benefits is still up for debate. It can increase serotonin and dopamine, feel-good proteins that are the brain’s point of attachment for cocaine, which explains the daily habit. Drinking coffee can reduce depression, but by switching on chemicals that make the brain more excitable it can also heighten anxiety. To prevent Alzheimer’s and heart disease you need to drink at least four cups a day; most of us enjoy only two.

Coffee’s effects on the heart aren’t entirely salutary. It also raises cholesterol (though not if filtered, which the cappuccino is not) and homocysteine, both bad for the heart. Then there are the slow metabolisers, those who break down coffee inefficiently, whose blood pressure might go up and whose heart disease risk might increase if they consume this substance regularly.

Coffee is a diuretic, which can lead to the loss of vital minerals like zinc, calcium and magnesium, all essential for so many biochemical processes in your body, but also fundamental for the maintenance of healthy bones. Studies on women show that drinking more than four cups of coffee every day over a long period of time can lead to bone loss and an increased likelihood of sustaining fractures. This risk can be mitigated by ensuring sufficient supplies of calcium, if not from dairy then at least from other sources like tahini, hummus, tinned fish with bones and green vegetables.

Both bowel and prostate cancer might be prevented by drinking coffee, as might Parkinson’s disease and type-2 diabetes. As far as breast cancer goes, the effect appears to be neutral. I can remember a time when there was a massive scare as coffee became linked to pancreatic cancer, but more recent research has failed to confirm this connection.

Coffee is a stimulant which might help with weight loss. It reduces inflammation, a process that can be destructive if unchecked, but it can also compromise the immune system, highly undesirable while the coronavirus is a loitering presence. This is especially the case for those who get depressed after a coffee drink.

The point about coffee is that it is both good and bad for you, its disadvantages being sometimes obvious but more often subtle and insidious, and how you react to its heterogeneous effects depends as much on the complexity of this beguiling substance as it does on your genetics. We might be moving into the age of personalised medicine as genetic testing becomes more available, but telling the coffee lovers of the world that it’s in their interests to be aware of coffee’s dark underbelly is like telling a vegan to cut back on kale.