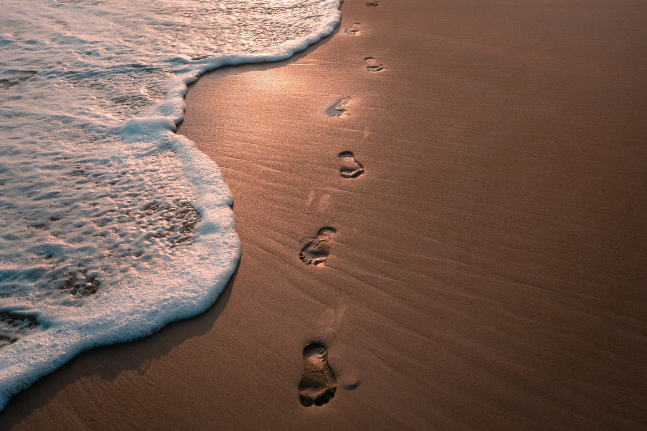 What emotions do you feel when out in nature? Can a positive attitude play a role in healthy ageing? The answers to all this and more in the latest life lines.

For this study healthy older adults were asked to take at least one 15-minute walk a week for eight weeks. For half of the subjects, the researchers described the emotion of “awe” and suggested trying to experience that emotion while on the walk. Subjects also completed surveys to track their emotions on a daily basis. People in the awe group experienced significant boosts in their daily experience of positive emotions such as compassion and gratitude over the eight weeks of the study. The control group did not experience significant shifts in their wellbeing. The researchers pointed out that the healing power of experiencing awe is that it promotes a smaller sense of self and a healthy sense of proportion between your own self and the bigger picture of the world around you. You don’t have to walk to find it; just look out your window and you will see something awesome.

Based on observations of recent hunter-gatherer societies anthropologists have projected a gendered split in tasks onto our hunter-gatherer ancestors. We have assumed that our ancestral men hunted while women gathered, but new archaeological research challenges that idea. We know that people have tended to be buried with objects that they used in life. In 2018 archaeologists discovered 9000-year-old human remains in Peru that were buried with a hunting toolkit and animal-processing tools. The remains proved to be female. The researchers then examined remains of 429 individuals recovered throughout North and South America from around 12,000 years ago. Analysis showed that of those buried with hunting tools almost 50 per cent were females. Based on this it would seem that sexual division of labour among our deep ancestors was far more equitable than previously thought. We can throw out the notion of “man the hunter” because women hunted too.

For this study, researchers had middle-aged and older adults take part in a study between 1995 and 1996, 2004 and 2006 and then 2013 and 2014. On each occasion subjects reported on a range of positive emotions that they had experienced in the last 30 days. On the second and third occasions subjects also completed tests of memory function. These tests involved recalling words immediately after their presentation and then again 15 minutes later. The researchers adjusted their analysis to rule out factors such as age, gender, education, depression and extraversion. The results showed that memory did decline with age, but that people with higher levels of positive emotions had a less steep memory decline. This adds to a growing body of research showing that being enthusiastic and cheerful has a positive role in healthy ageing.

In a new study, researchers asked subjects to list eight people in their lives that they could go to for support in the last six months. Subjects rated on a scale of 1 to 7 how much support they received from each person. Subjects were also asked to rate on scale of 1 to 7 how close each possible pair of their eight supporters were to each other, with 1 being “they don’t know each other” and 7 being “extremely close”. Based on these responses the researchers calculated the density of each subject’s network (how interconnected their support network was to each other). The results showed that denser networks, more interconnected networks, led to a greater feeling of support for the subject. Further research added weight to this notion, so the researchers advise that if you really need support look to friends who know each other.

Researchers have discovered that cats are more likely to approach an experimenter who exchanges slow blinks with them. A slow blink communicates to the cat that you are letting your guard down and are not in attack mode. Once a cat sees that it will usually return your slow blink. When approaching a strange cat, don’t stare or make eye contact, just slow blink.