The healing power of touch 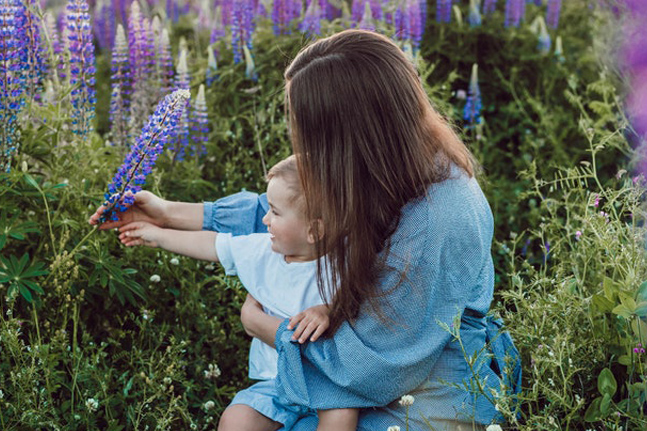 
John Keats once said, “touch has a memory.”

Who doesn’t love a big warm hug, a long luxurious massage or some intimate time with a partner? But beyond making you feel good, how important is it to experience touch in your everyday life? The answer is that appropriate and loving touch is not only important to your physical, mental and emotional development but is essential to life itself.

Your skin is the largest organ in your body and your sense of touch develops in the womb before all the other senses. Touch is the main way infants learn about their environment and bond with other people. This sense of touch never turns off, it never takes a break and it keeps on going long after your other senses have failed in old age.

Appropriate and loving touch is not only important to your physical, mental and emotional development but is essential to life itself.

The research on the benefits of touch through massage is now fairly widespread. Massage has been found to calm the nervous system, lower blood pressure and stress hormones, and reduce pain and depression. In a summary of research on massage, Professor Marc Cohen from RMIT University found it assists with nausea, low back pain, chronic diseases, anxiety, depression, post-natal depression, fibromyalgia, insomnia and dementia, for starters. But most people are unaware of just how far beyond this the benefits of touch extend.

The influence of touch begins even before birth when a foetus begins receiving tactile signals through the amniotic fluid from the vibration of its mother’s heartbeat. After birth, according to attachment theory, if a baby or child does not receive enough appropriate touch, there’s a lack of bonding, resulting in a lack of trust and problems in forming attachments later as adults. Yet the need for touch in infancy goes even deeper than this.

Touch is essential for not only a healthy attachment bond between mother and child but an infant’s very survival. When looking historically to mortality rates in orphanages, you see the dramatic effects an absence of touch produces. From the early 1900s, high mortality rates in orphanages were blamed on disease, so attempts were made to keep them sterile and clean. However, Austrian psychoanalyst René Spitz disagreed with this conclusion.

Research now shows that infants who receive above-average levels of affection from their mothers are less likely to be hostile, anxious or emotionally distressed as adults.

Spitz believed infants in orphanages were suffering from a lack of affectionate touch and love. In 1945 he conducted a famous study comparing infants raised in isolated hospital cribs with children raised in prison by their mothers. If germs were the issue from being locked up with lots of people, he thought, both groups would do equally poorly. If anything, the infants in hospital should perform better given the better infection control. The results were startling.

Thirty-seven per cent of infants died in the hospital ward. This was compared to no deaths among infants raised in the prison. The infant survivors in the hospital were more likely to contract a range of diseases, were thinner and showed cognitive and behavioural problems. On the other hand, the incarcerated infants grew more quickly, were larger and performed better on every other measure. He concluded that love won. Certainly, a key variable between the two conditions was human touch and affection.

Spitz recorded his research on film. The film, Psychogenic Disease in Infancy (1952), showed the effects of emotional deprivation on attachment, depicting infants in the orphanage hospital rocking themselves back and forth with agitated movements. The film resulted in enormous changes in childcare, homes and hospitals.

In a similar vein, in 1989, when communism fell, thousands of children were found living in Romanian orphanages. The conditions in these orphanages were devastating. One survivor, Izidor Ruckel, stated, “We didn’t have compassion. We didn’t have feelings or emotions. We just existed to vegetate. We were like wild animals.” When you view the footage of these children, again, as in the Spitz study, many are rocking back and forth in a distressed state.

We know now that rocking is a common strategy used to soothe the brain by releasing serotonin, and such strategies to self-soothe and calm the brain were a natural and needed urge given the effects of the absence of touch on brain development.

Benefits of touch for infants

Research now shows that infants who receive above-average levels of affection from their mothers are less likely to be hostile, anxious or emotionally distressed as adults. Furthermore, there are huge benefits touch has on an infant’s body weight and mental performance.

In one study, premature infants who were massaged for 15 minutes three times a day gained weight 47 per cent faster than others left alone in their incubators — the usual practice in the past. Massaged infants also showed signs that their nervous systems were developing more quickly: they became more active than the other babies and more responsive to such things as a face or a rattle. “The massaged infants did not eat more than the others,” said Dr Tiffany Field, psychologist and director of the Touch Research Institute in Miami, who conducted the study. “Their weight gain seems due to the effect of contact on their metabolism.”

Another benefit for babies is increased sleep. According to Dr William Sears, babies who receive a lot of touch sleep better at night and are less fussy during the day, while those touched less have higher levels of cortisol, which can damage brain tissue in the hippocampus — the region linked to memory and learning.

Field supports this idea, saying that because of touch, “There is more elaborate development of the dendrites that connect messages in the brain.” For example, she says, rat pups that are given extra touch have a more developed hippocampus and perform mazes like young pups into their old age, not experiencing senility. Premature infants who are massaged also show this with more elaborate dendrite connections in the hippocampus seen in magnetic resonance imaging (MRI) data.”

Benefits of touch for children & adults

Field’s findings also show touch decreases aggression and prenatal depression, and lowers pain in people with arthritis, fibromyalgia, back pain and headaches. It also leads to an increase in the neurotransmitter, dopamine. This may explain the findings from one of her studies, which suggested there was less aggression in cultures that are more physically affectionate, such as France, compared with the US.

In this study, the way parents touched their small children in playgrounds was compared in Paris and Miami. How adolescents touched each other in McDonald’s restaurants was also compared in Paris and Miami. The French children, who received more physical affection from their parents, were less physically and verbally aggressive towards their peers in the playground. The French adolescents were also more physically affectionate towards each other and showed less verbal and physical aggression.

The receivers of touch aren’t the only ones who benefit. In one study, when depressed mothers massaged their infants, not only did their infants show improved growth and development but the mothers’ depression levels also decreased. This two-way advantage was again seen in a study exploring the effects of touch between infants and the elderly. When elderly volunteers had the opportunity to massage infants, their stress hormones decreased and after one month they needed fewer doctors’ appointments. Such practice seems a wonderful way to simultaneously spread the benefits of touch across generations.

All this talk about touch can make some people uncomfortable. After all, what about inappropriate touch and the widespread taboos so prevalent in today’s society? Here is where it’s crucial to recognise just how important intention is when you touch someone, because touch is a powerful and accurate communicator of one’s emotions. Research psychologist Matthew Hertenstein demonstrated this when he had volunteers attempt to communicate a list of emotions to a blindfolded stranger through touch.

Hertenstein found that the receivers of touch were able to decode anger, fear, disgust, love, gratitude, sympathy, happiness and sadness with a surprisingly high accuracy of up to 78 per cent, based on touch alone. So when we talk of the power of touch to help people thrive and grow emotionally and cognitively, we refer to appropriate or loving touch.

The need for appropriate and loving touch appears to be so pressing today that, not only can you have a massage, you can even seek out the services of professional cuddler. For around $80 you can sign up for an hour of strictly platonic cuddling, hand holding and hair stroking. You can also do an accredited diploma in cuddle therapy and become a professional cuddler yourself.

The existence of a professional cuddling service suggests we have overlooked the importance of touch in a society where there are so many restrictions on touch in educational and professional settings, and where practices such as controlled crying for infants have gained popularity. While these restrictions and practices may have their place, they have led us to overlook how critical it is to soothe our children with a hug, to stop for a moment and just stroke our partner’s arm, or to hug a dear and needy friend.

John Joseph Powell, in his famous book, The Secret of Staying in Love, states, “It is an absolute human certainty that no one can know his own beauty or perceive a sense of his own worth until it has been reflected back to him in the mirror of another loving, caring human being.” Wise words.

Being touched appropriately and with love isn’t just about building your brain and relaxing your nervous system, nor is it only about developing a strong healthy body that thrives and a mind with more emotional resilience. Exercising your earliest and largest sense is to employ a powerful language of love and connection that builds your sense of worth at the deepest level. The more you exercise this language, the more you reap and spread its benefits in building a healthy, happy society. 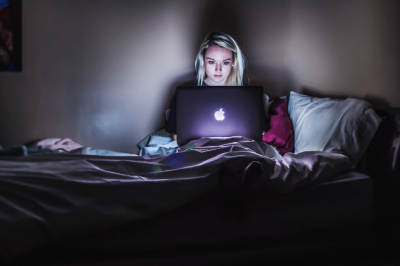 The World Wide Web can expose you and your family real-world dangers and health issues. Discover what the experts say...

The World Wide Web can expose you and your family real-world dangers and health issues. Discover what the experts say...