How to welcome the winter solstice 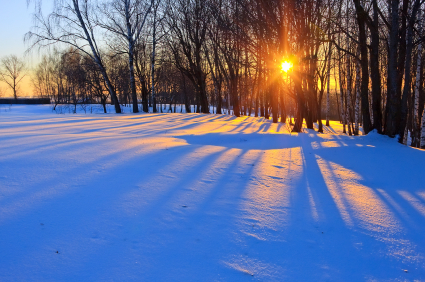 What is the winer solstice?

Mother Earth breathes and the land gently rises and falls to her graceful rhythm. Her gentle inhalation has slowed knowingly, and change dances across her as she succumbs to the touch of cold. Tawny, russet hues, translucent ambers and rich reds cascade. The grand wheel of life slowly creaks forward. Song-filled whispers echo through the trees that winter is coming. The rain has visited more often and Earth drinks deeply of this sacred elixir. The nights have grown frosty. The reign of the Sun has waned to bring the shortest day and the longest night.

Midwinter is nigh and the shortest sojourn of the Sun will be marked and celebrated across the land. The sacred event of the Winter Solstice sings of a hope that the path of the Sun will soon grow strong; that life will burst forth and flourish once more. It reflects an ancient wisdom of vast faith and joy in the great forces of nature and divinity. Bright, colourful candles and bonfires will burn through the night to herald the rebirth of the light after this time of darkness is complete.

The Winter Solstice is known as a Lesser Sabbat in the pagan calendar and is celebrated each year between June 20 and 23 (southern hemisphere) and December 20 and 23 (northern hemisphere). In 2005 it occurs on 21 June (southern hemisphere) and 21 December (northern hemisphere). The Winter Solstice foretells an auspicious event: it celebrates the birth of the new solar year and the beginning of winter. It acknowledges that, from this day, the days will again increase in length and growth of new life will be assured. In the coming months, the seeds sown will break through the darkened earth and draw energy from the life-sustaining rays of the Sun.

The ancient and globally celebrated rites attending the Winter Solstice symbolise the innate creative powers of nature that lie just below the surface at this time of year. This festival of inner renewal intimates potential and suggests we often sow the seeds of our life well before we see the outcome. The Winter Solstice offers a wonderful opportunity to come together with friends or spend time alone and take a moment to refocus; to put dreams into place for spring; to contemplate the seeds we plant within our heart and the blessed Earth; to reflect on and be grateful for all that has come to pass. While winter has a profound effect on the world outside, the inner human journey similarly quietens and slows as the energy of the season supports introspection.

Earth religion, or paganism, has its roots in ancient understanding. The cycle of the Sun and its effects on the bountiful Earth are the wonderful synergy on which this ancient belief system is based; Father Sun caresses Mother Earth in an ancient celestial dance, magically weaving in all who participate.

Without science to explain the mysteries of the world around them, many primal indigenous tribes across the world arrived at similar beliefs. The Celts, American Indians, Persians, African tribes and Bon tribes of Tibet all knew survival was based on understanding the cycles of life. The land, rain, animals, plant life, warm Sun and cold winter were all revered because each played an essential role in the whole scheme. Mother Earth possessed the sacred knowledge of life, and in watching and working in rhythm with her patterns and the daily cycle of the Sun, populations flourished by learning to live in harmony with the forces of nature.

In prehistoric times, winter issued extremely harsh conditions and people found basic sustenance in stored food and whatever could be hunted. The dwindling sunlight evoked fear that the passage of the Sun might fail and leave all in perpetual darkness and extreme cold. From Solstice onwards, as the Sun’s hours increased in strength and duration, the imminent cessation of cold and arrival of Maiden Spring’s blessings of life and food were celebrated. From such relatively crude reasoning, an understanding of the cyclic nature of life was formed.

Early cave drawings around the world depict the Sun’s transits through the year and it’s theorised that many ancient and sacred sites were constructed to honour the Winter Solstice as a pivotal point in the year; that is, the birth of the new Sun. A well-known example is Stonehenge in southern England. However, this phenomenon is not unique to England, with the Pyramids of Giza and other ancient sites around the world also linked to this celestial journey. In many ways, it highlights a wonderful connection between all of humanity: at some point, we have all turned our heads to the heavens and found messages of hope and enlightenment there.

Legacy of the ancients

Ancient wisdom viewed our place within the world with awe and reverence, and honouring the Solstices was among the earliest celebrations of the civilised world. The Solstice is known by different terms, including the pagan “Yule”, the Mesopotamian “Sacaea”, the Roman “Saturnalia” and the ancient Greek “festival of Kronos”; clearly, observance of this cosmic milestone was highly regarded by many early civilisations. Yule, or Jul, comes from an Anglo-Saxon word meaning “wheel”.

The term “pagan” is derived from the Roman word “paganus”, which translates as country dweller, or people who hold nature and the Earth as sacred. Intrinsic in this nature-based belief system is the idea that everything — animals, plants, humans and the land — journeys through life in cycles, in an everlasting pattern of springs, summers, autumns and winters. Vivid, rich imagery is the legacy of the rites and rituals embedded in pagan culture. The approach of midwinter is a wonderful time to embrace these rituals of the past, knowing the messages of gratitude, grace and celebration are still relevant and meaningful.

Many traditions of ancient cultures and belief systems are being embraced today, as they inspire similar messages of truth and peace. Modern paganism thrives, drawing from the depths of its ancient wisdom. However, as with everything, time adds its mark, its own unique perspective. This is true of paganism today. Touted as neo-paganism, the tradition of rites honouring the Earth and her cycles now includes a call to embrace guardianship of this bountiful world in which we live. And in honouring our own small circles, we can add our voice to both community and global environmental issues. We can do this in many ways: for example, writing letters to policy-makers or simply remembering the spirit of a balanced and nurtured Earth in our prayers. Follow your own feelings and instincts.

The pagan calendar celebrates eight core rituals throughout the year: four Greater Sabbats and four Lesser Sabbats. The Lesser Sabbats, which are marked astronomically, are the Winter and Summer Solstices and the Spring and Autumn Equinoxes. Each of the eight celebrations is of equal importance and highlights a different aspect of life while revealing the ever-changing, ever-mysterious face of nature.

The rituals associated with the Winter Solstice relate closely to the traditions of Christmas. In fact, even their purposes are similar; that is, rejoicing in the birth of the Son (Christ) or the rebirth of the Sun (new solar year). In the northern hemisphere, these dates fall within days of each other. Historians have postulated that many of the traditions of the Winter Solstice were woven into Christmas celebrations by the early church as a means of secularising its religious rites.

Winter Solstice and Christmas share similar messages of new hope and thankfulness for all that has been achieved and received throughout the past year, and both involve people coming together to celebrate with food, wine, merriment and fireside warmth. Similarly, the green pine tree commonly associated with Christmas resonates with the evergreen tree that was part of Yule celebration. The evergreen tree of Winter Solstice is a well-loved symbol of life victoriously denying the darkness and cold of winter. In Australia, of course, the June date of the Winter Solstice sees a splitting from northern traditions as we honour our own southern hemisphere cycles of nature.

The plants holly, ivy and mistletoe are synonymous with the Winter Solstice tradition. Again, they feature in Christmas culture in hymns and decorations. All three are considered sacred plants at this time of year. Holly represents the fertile aspects the season yearns for. According to ancient folklore, the substance that issues from the holly berry represents the virility of semen, and for this reason the Holly King ruled the forest, promising that the woods and life would find golden abundance once more.

The sacred nature of mistletoe finds its origin in ancient Druid rites, where the growth of this plant above the ground was deemed magical. Mistletoe also has associations with fertility, with its deep red berries deemed a potent symbol of the blood of a woman’s moon cycle. According to folklore, a kiss under the mistletoe heralds the promise of love and marriage and also whispers a blessing of fertility for families and the Earth, which suffers barrenness and cold in winter.

Interestingly, an Australian Aboriginal legend also refers to the fertility of mistletoe: spirit babies, while waiting to be born, hide in mistletoe in the trees. This is a particularly warming story, for it highlights the fact that even the vast spaces of the world are not big enough to stop the mysteries that bind the human imagination, spirit and heart. So herald the blessings of these plants this midwinter’s day; decorate your home with their joyful messages and perhaps even place a wreath of vibrant evergreens on your door.

Burning an oak log as a Yule log is another well-known Winter Solstice tradition, so if your home can accommodate this wonderful rite, enjoy bringing its warmth and light into your home. A lovely Australian version would be to seek a native wood from an evergreen tree and use it as your Yule log.

How will you celebrate?

There are many ways to celebrate this wonderful time of the year. Open your heart to the messages of Mother Earth and let your creativity flow. One way to contribute to the creation of a more abundant and sharing planet Earth is to embrace service, perhaps donating food or clothing, or simply making a pledge to do some volunteer work in the new year.

As the Winter Solstice draws close, embrace it in whatever form inspires you. Awaken your creative powers and allow your inner vision to create images that generate feelings of thankfulness, faith, warmth, light and fertility — the energies typically associated with Solstice. Honour the new solar year by lighting brightly coloured candles around your home. Practise a Winter Solstice meditation such as the following: 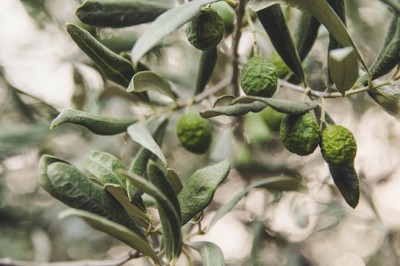 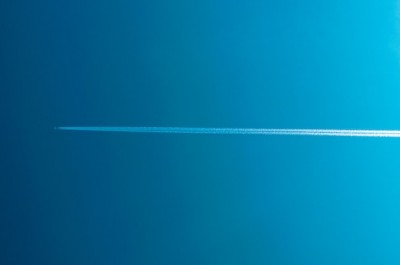 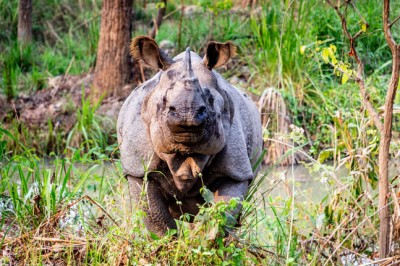 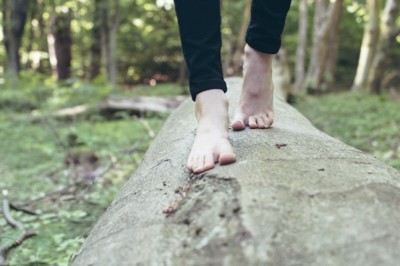 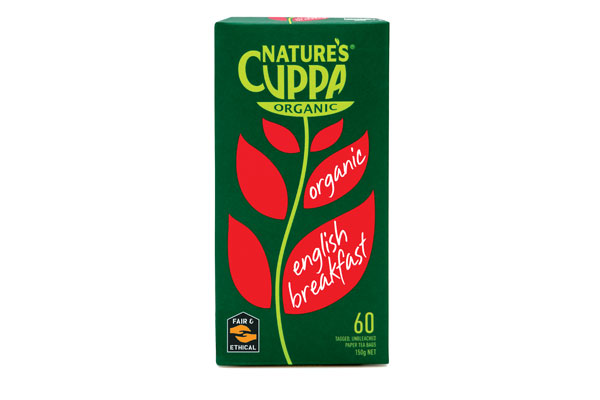 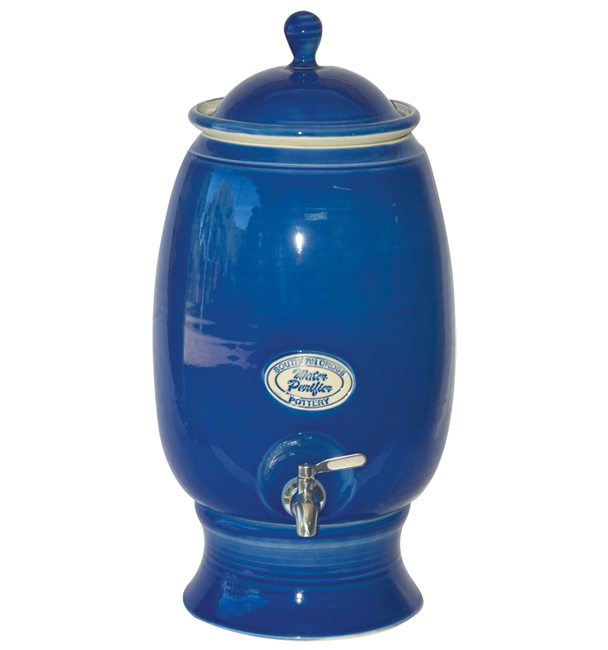