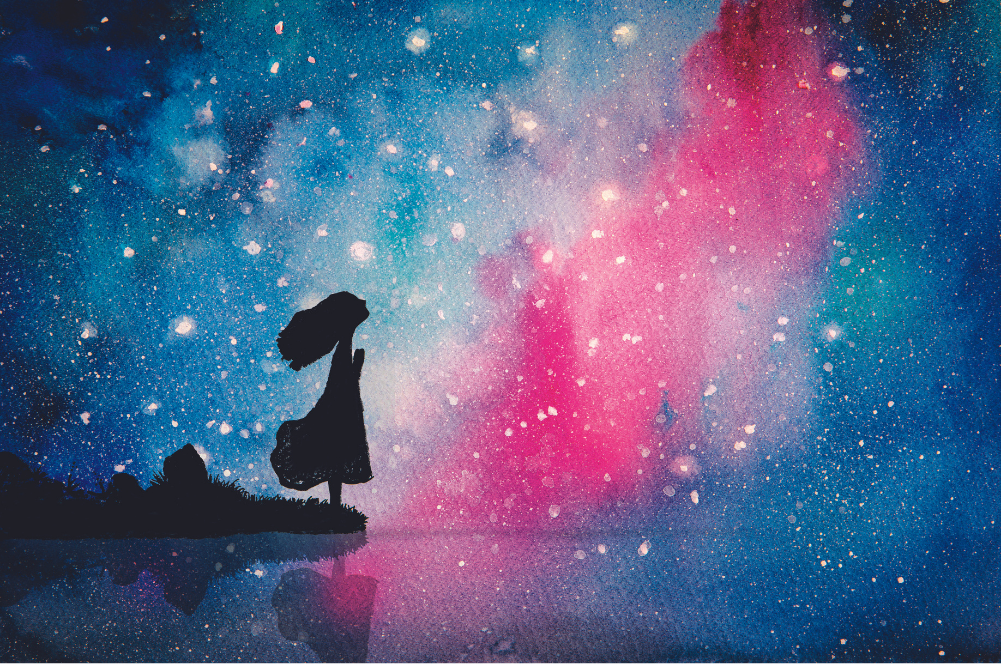 There is a prevailing feeling that things are just getting worse and worse, but then humans have always tended to feel that, even when things are getting much better. So why do we tend to think the sky is falling, and how can we go about breaking negative thinking patterns?

In a topsy turvy world, it’s easy to feel negative about things and see things as getting worse and worse. The problem is that feeling negative itself has some unfortunate effects. Psychotherapist and counsellor for Talking Matters, Marie Rowland, observes, “A negative psychological
setting can lead to a chronic sense of foreboding and lack of confidence. The chronic pessimist’s negativity invariably becomes a self-fulfilling
prophecy as they forgo opportunities and lose connections, alienating those who would otherwise be supporters.”

This is echoed by Dr Jodie Lowinger, a clinical psychologist and author of the bestselling book The Mind Strength Method, who says, “If you are continuing to get caught up in the content of your worry stories, and chase it with more thoughts about things that might possibly go wrong, then you reinforce negative neural pathways causing your amygdala to become further sensitised over time and your anxiety gets worse.”

Rowland adds, “A prolonged negative mindset can lead to withdrawal or even unprovoked bouts of anger. A negative mindset is shown in the way someone holds themselves, exhibiting a more diminished sense of self.”

At best negativity is unproductive and at worst is decidedly harmful, but unfortunately there is plenty of evidence to show that we still embrace it.

In February 2022 The Guardian Australia published the results of a survey into the attitudes of young Australians, and the results showed that they aren’t feeling too good about the future. A massive 65 per cent of the 18- to 24-year-olds surveyed said they were pessimistic about
their chances of ever owning a house. Only 9 per cent were optimistic about having children. In November 2020 The Conversation reported a survey of 1000 Australians aged 18 to 39 which found that 69 per cent of those surveyed felt they would be delaying major life goals as
a result of the COVID-19 pandemic. Women were especially pessimistic, with 71 per cent saying it was unlikely they would retire before age 65, and only 47 per cent of both men and women felt that they would ever find a job that was about more than paying the bills. It is understandable that a pandemic and global instability makes people feel negative about the present and the future, but this pervasive pessimism predates COVID.

In 2017 Deloitte reported on a survey of a more than 8000 millennials (people born after 1982) taken across 30 countries. The Australian results showed that even in 2016–17 just 8 per cent of millennials believed that they will be better off than their parents and a depressingly low 4 per cent believed they will be happier.

You can cite any number of financial and personal statistics you want to substantiate why people might be feeling this way, but you could also give statistics suggesting things will be better than before. The thing is, given the option the human mind will tend to cling onto the negative and believe that things are much worse now than they were before, as we can see in a useful case study.

According to the FBI’s Uniform Crime Report released on September 20, 2021 homicides and manslaughter jumped 29.4 per cent from 2019 to 2020, which represents the largest year-to-year increase since the US federal government began tracking violent crime statistics back in the 1960s. Amid everything else that is emerging from the pandemic, this fact grabbed headlines around the world. We tend to take statistical
morsels like the one doled out by the FBI regarding murder as indications that things are deteriorating, year by year, decade by decade and century by century. But are they really? Let’s mine a little deeper into the murder statistics as an example.

Is it true that squalid urban living is leading to more violence than we experienced in the pastoral idyll of the past? The statistics reported by the FBI boiled down to a murder rate of 6.5 per 100,000 people. Any murder rate is more than we would want it to be, but let’s put it in context. In 2018 the homicide rate for Australia was 0.9 cases per 100,000 of population. In that same year the rate for London was 1.54 and New York had a rate of 3.4. So yes, there was a COVID spike in murder rates, but does this mean we are on a downhill slide and that murder rates are climbing through our murky present compared to our bright and sparkly past?

In the more immediate past New York’s figures were much higher than this (25.9 in 1993), but we are looking for a broader historical comparison, one that goes back centuries. In the university town of Oxford (UK) for instance, in the 1340s murder rates were around 110 per 100,000 whereas in 2018 the murder rate for Oxford was 0 (a year in which poor Inspector Morse was left twiddling his thumbs). In Amsterdam during the mid-15th century the murder rate was 47, but by the early 1800s was 1.5.

There are always spikes and dips in the murder rate, but the point is that despite overcrowding, availability of weapons and a plethora of information on how to do it, we are less likely to get murdered now than ever before. In fact, murder rates in medieval England prior to 1500 were around 10 times that of 20th century England. Things got a lot better after 1500, and murder rates have just about halved every century ever since. So what caused this?

Was it the rise of courtly manners (one who is well-bred doesn’t murder one’s florist, does one!) or perhaps the institution of law and order? In fact, it was probably a more unlikely cause in the form of improvements in communication that reduced murder rates. The massive increase in reading and writing that occurred from the 1500s onwards meant that the law enforcement agencies could send messages faster and with more certainty to enable catching of the guilty party. This meant that your average surly footpad would think twice about sticking
a knife into you, and so improvements in literacy led to reductions in murders.

In a nutshell, despite all the lamenting regarding the disintegration of society, the capacity of all of us to stay alive and not be murdered is improving. Yet stories around the increase in murder as released by the FBI are avidly consumed. Why are we so receptive to such bad news and why do we believe things are getting worse, even if they aren’t?

The answer to that is a trident; it’s three-pronged.

There are three relevant and well recognised psychological phenomena that determine human beings’ attitude to the past, present and future.

The “reminiscence bump” refers to the tendency for adults to have more vivid and pleasant memories of teenage and early adult years because these are generally times of minimum pressure, few responsibilities and plentiful pleasure. This leads to thoughts that the past was better than the present.

The “positivity effect” is the trick that the brain plays on itself to feel good about life by tending to remember positive life events. This goes hand in hand with the reminiscence bump, and clinical psychiatrist Dale Archer theorises that it is an inbuilt protection against depression.
Add the reminiscence bump to the positivity effect and you get a decidedly rosy view of the past.

As far as the present moment goes, humans are disposed to focusing on the negative, which has been dubbed “negativity bias”. This is the tendency to register negative events more readily and to dwell on these events. In fact, on a biological level there is greater neural processing in the brain in response to negative stimuli. It makes evolutionary sense, because bad things tend to be more indicative of threat, and so right
now that’s what your brain chooses to focus on. You don’t want to stop and smell the roses when a sabre-toothed something is trying to lance your buttock with its fangs.

There is a strong psychological handle supporting the three prongs of the psychological negativity trident, and it is called “confirmation bias”.

Confirmation bias refers to the human penchant for establishing a world view and then seeking out facts to support that viewpoint. It is a tendency that leads people to reject anything that challenges what they already believe. The cynical algorithms that drive social media are instances of confirmation bias in action.

Wrap the reminiscence bump, positivity effect and negativity bias together in the human psyche, support it with confirmation bias, and we all become Chicken Littles running around proclaiming that the sky is about to fall, that the world is so much more unsafe than it was in the past and that everything is just a disaster. You know what, though, as our case study of murder showed, it isn’t always true.

Protecting yourself against the negativity trident is not easy, but you can shield yourself against it if you are willing to make the effort. As Dr Lowinger says, “The human brain has a remarkable ability to rewire itself. Awareness of your fight or flight driven thoughts, feelings and actions is a critical first step in your ability to overcome a negative mindset and realign to resilience, mental health and wellbeing.”

In addition, Rowland makes an important distinction observing, “A negative mindset is different from a stoical mindset which operates on the premise of preparing for the worst but hoping for the best.”

Put these two thoughts together and you can build a shield from awareness and acceptance that even the negativity trident will not be able to pierce. 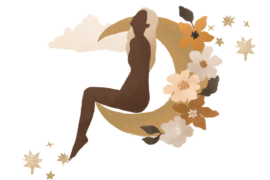