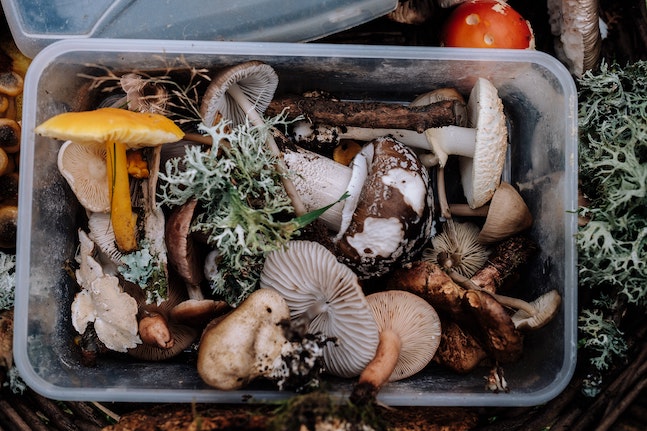 
There’s something a little magical about mushrooms. Not only are they delicious, they’re also jam-packed with health benefits. Dive into the world of ’shrooms with these three tasty recipes.

For centuries, mushrooms have been used as delicious culinary delights and as a powerful medicinal ingredient. They are incredibly rich in a number of vitamins, minerals, antioxidants and fibre including the following.

Beta-glucan is a soluble fibre and naturally occurring polysaccharide present in the cell walls of fungi or mushrooms. This type of fibre remains undigested as it moves through the digestive tract and slows the transit of food through the intestines. A delayed rate of digestion helps satiate appetite, slow the release of glucose into the bloodstream and stabilise blood-sugar levels, and can support the transport of cholesterol out of the body, making it a valuable nutrient in mushrooms for those with high cholesterol levels or diabetes and for achieving and maintaining healthy weight. Most notably however is beta-glucan’s anti-inflammatory, immune-supportive and anticarcinogenic properties. Beta-glucan’s anticancer potential has been demonstrated through studies using extracts from mushrooms, yeast and other sources with beta-glucan as the key component.

Bump up your beta-glucan status with these delicious mushroom meals:

Vital to maintain body functions, B vitamins are a star feature in mushrooms. Key players including riboflavin, niacin, pantothenic acid and biotin support the energy production pathway, transport iron and maintain healthy vision and brain function. In addition, these B vitamins (and others) act as cofactors in the synthesis and regulation of the neurotransmitters dopamine and serotonin, which govern mood.

Boost your B vitamins with the mighty mushroom in:

Vitamin D is a fat-soluble vitamin that plays a critical role in regulating phosphate and calcium in the body and enables normal bone mineralisation, reducing risk of osteoporosis, osteomalacia and rickets. Not only this however: vitamin D modulates neuromuscular and immune function and cell growth. While typically best absorbed from off-peak sunlight, there are few foods that offer a source of vitamin D for those who cannot enjoy as many sunlight minutes in the day, and mushrooms are the only plant-based food source to offer vitamin D in the form of vitamin D2. Although wild mushrooms are richer in vitamin D, you can optimise your D intake through delicious everyday mushrooms by placing them in direct UV light from the sun (a windowsill works well) before consuming.

Vibe on vitamin D by integrating mushrooms into:

Shiitake, a common medicinal and scrumptious cooking mushroom in one complete mouthful, contains strong antiviral, antifungal and antibacterial properties. In Chinese medicine shiitake are considered powerful in boosting longevity and improving circulation. As a supplement shiitake are often integrated into blends to support cardiovascular health and lower cholesterol. This is due to the presence of beta-glucans, sterols which inhibit absorption of cholesterol in the gut, and eritadenine which inhibits enzymes involved in the production of cholesterol. Shiitake also contain powerful immune-strengthening nutrients. In a randomised dietary intervention study of 52 healthy males and females over four weeks, consumption of shiitake mushrooms showed improved cell effector function and improved gut immunity and suggested lower levels of inflammation.

Available both fresh and as a dried ingredient, keep shiitake in the fridge and pantry for meals including:

Reishi mushrooms have been used medicinally in the East for hundreds of years and can be consumed fresh; however, they are more commonly integrated as a natural supplement (dried powder or tincture) into the diet. Similar to shiitake, reishi contain immune-boosting nutrients, with recent laboratory research and preclinical trials suggesting reishi carry promising anticancer and immunomodulatory properties (helping to bring the body back to homeostasis) and may be indicated as an integrative supplement for cancer treatment. For liver detox, reishi’s adaptogenic properties work their magic, helping to improve liver function and induce hepatoprotective effects which may be attributed to the high antioxidant value of reishi mushrooms.

Traditionally consumed dried as a powder or as a tincture, reishi mushrooms can be enjoyed in your meals:

Celebrated for their health-promoting, anti-ageing, libido- and energy-boosting properties, cordyceps mushrooms are rich in antioxidants and adenosine. The high antioxidant content present in cordyceps helps fight the damaging effects on cells of free radicals, reduces oxidative stress and can slow the process of ageing. Most interestingly and likely most enticing for many, however, are the brain-, energy- and libido-boosting powers of cordyceps. In animal studies cordyceps supplementation has shown to improve utilisation of oxygen and blood flow which is indicated for improving both physical and sexual function. Moreover, the richness of adenosine, a nucleic acid required to produce ATP (adenosine triphosphate), supports energy production and can help to reduce fatigue. 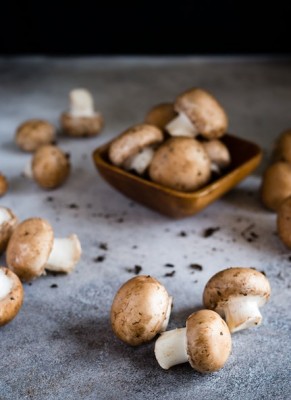 Add extra-virgin olive oil to a large frying pan, and place on medium heat. Add onion, carrot, celery and garlic and cook covered for about 8 mins.

Spread ricotta cheese evenly over the top, sprinkle with parmesan and place in oven to bake for 30 mins. Cool slightly before serving

Bring a large saucepan of water to the boil and cook pasta according to packet instructions.

Add parsley, walnuts, baby spinach and nutritional yeast and cook a further 2-3 mins or until spinach is wilted.

Drain pasta reserving a touch of liquid to help toss the pasta through the mushroom sauce.

Toss all ingredients together and serve.

Add garam masala, turmeric and coriander and cook stirring for 1–2 mins so the spices become lovely and aromatic.

Serve with your choice of rice or quinoa and fresh coriander leaves.

Jacqueline Alwill, founder of The Brown Paper Bag, is an Australian nutritionist, author, presenter and mum. For more, visit thebrownpaperbag.com.au. 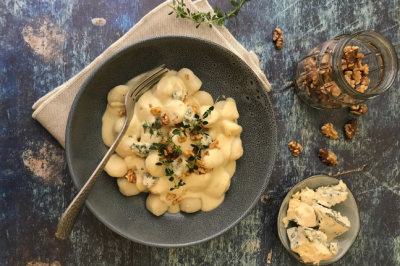 Made using Grand Italian's authentic pasta, these quick and easy gnocchi recipes are bursting with the flavours of Italy that... 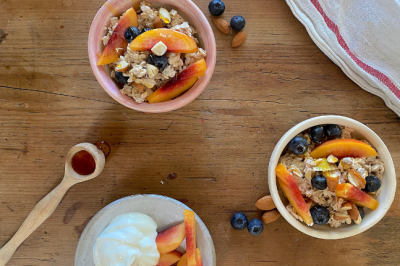 This Bircher bowl is a delicious vegetarian breakfast you can make the night before, packed with flavour, texture and colour... 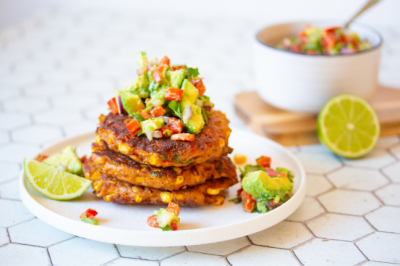 These corn fritters are a fun and tasty twist on traditional corn fritters, packed full of colourful vegetables and served... 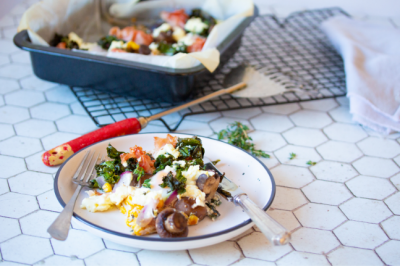 Stacked with colour, flavour and texture, this humble vegetarian breakfast bake makes for a quick, healthy and tasty mid-week meal... 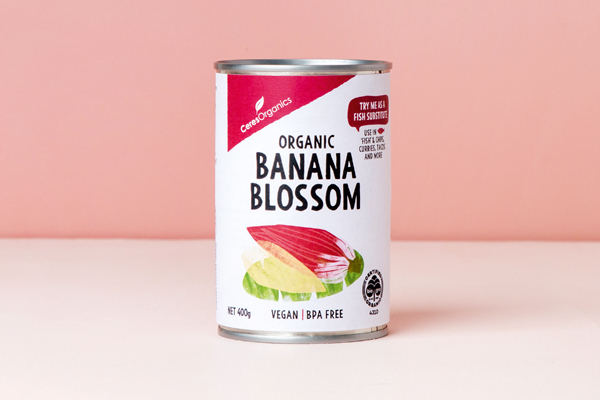